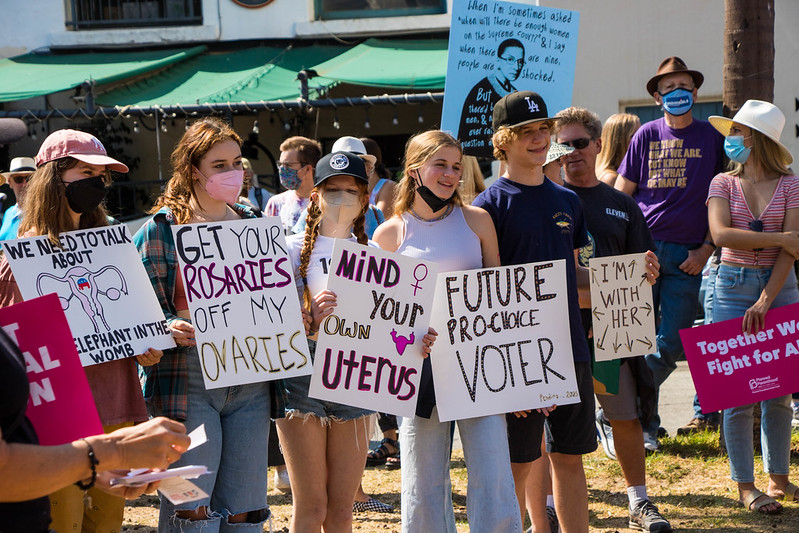 There are various existing human rights treaties which broadly outline universally accepted norms in contemporary life. They cover issues such as every living person being entitled to the rights of freedom; equality; standards of health; freedom from torture; as well as many forms of discrimination. Amongst these, Amnesty International considers the right to abortion as essential. In the reality of the 21st century, where technology is moving forward at a surprising pace, and where the fight for democracy and human rights was considered to be settled, who would have expected that certain human rights–including abortion–would continue to polarise so many?

Abortion is commonly understood as a deliberate termination of pregnancy. It can be divided into two types: pharmacological and surgical. The first can be done non-invasively at home with the use of medication such as Mifepristone or Methotrexate. The second is carried out by a doctor. These measures are typically available at the beginning stages of a pregnancy and result in a forced miscarriage. Artificial miscarriage–as indicated by research–does not differ from a natural one and does not affect a woman’s fertility nor cause drastic health complications.

In recent years, the debates in Poland and the USA over access to abortion–and its legality–has once again raised the issue very sharply in popular media. Why are these countries the focus of attention now? The public is particularly puzzled by these two cases, as abortion laws have existed in these societies for years, and decades of development are being discarded due to conservative governments. There is a particular concern about the intrusion into women’s lives and dignity in these cases–prinicipally because it is proven that restricting access to abortion causes women to seek illegal and sometimes dangerous, life-risking alternatives. These conservative opinions which seek to once again restrict abortions–and even make it illegal–have divided the wider public and have been met with great criticism.

In providing a historical context, in 1993, Poland entered into force the Abortion Agreement. On January 7 of that year, the law on family planning; the protection of the fetus; and the conditions for the termination of a pregnancy entered into force. It allowed for the legal possibility of a termination of pregnancy in cases such as rape, the risk to the life of the mother and/or the child. Public opinion believed that it was adequate to meet the needs of contemporary society. Due to the fact that the majority of the population in Poland are Catholics, and increasingly more radical in the political realm, this law has recently been criticized. The situation started to worsen in 2016, when the citizens’ committee “Stop Abortion” submitted a bill to aggravate the situation. For the first time, people took to the streets to protest, and this precipitated a wave of demonstrations in many Polish cities, as well as in the Polish diaspora all over the world. This act was not adopted, but a year later attempts were made to implement the anti-abortion bill again. In 2018, the first reading of the bill–and the corresponding commission work–took place. The nation was greatly divided and the situation in society became more grave. Anti-abortion campaigns were carried out with remarkable effectiveness, banners with photos of unborn children were everywhere, and in addition, the Catholic Church played a leading role. All these activities resulted in a change to the abortion law in 2020. However, the government withheld the publication of this in the Journal of Laws due to continued protests in Poland. The EU institutions also started to pay closer attention to this matter.

The USA has for centuries been considered a democratic and libertarian state–basing its law on its groundbreaking Constitution of 1787. Due to the US’ federal structure, state laws coexist with national laws, but regulations apply to each of the 50 states independently. The political discourse on abortion in the US had a turning point in 1973, when the US Supreme Court presided over the case of Roe v Wade. The Supreme Court decided that abortion should be legal in the United States and for nearly 50 years on American soil abortion has been strictly legal. Due to the recent spread of radical conservative views nationwide, US society has once again begun to divide itself on abortion. As a result of the increasingly louder opposition to abortion among conservatives and pro-life activists, and a Supreme Court dominated by conservative judges: the Supreme Court reversed the decision of Roe v Wade. On June 24, 2022, the wider American public–and the world–watched with shock. It was justified on the basis that the Constitution does not directly mention abortion, and the argument that a reversal would deteriorate various other human rights for those who seek abortions–such as the right to a family and private life–was not accepted by the court. The right to abortion has therefore been placed in the hands state legislators once again, and each state has the right to decide on the legality and conditions of abortion. Due to the division of political camps, it is easy to observe the division of America. Some of the 50 states introduced a ban on abortion immediately following the announcement by the Supreme Court. In some other states, the process has already been started. Millions of dissatisfied Americans took to the streets to express their opposition. Saliently, President Biden does not support this decision and has urged the state authorities to reconsider their actions. American citizens are also aghast in observing how easy it is to reverse a judicial case made nearly 50 years ago, and where rights are suddenly taken away in one of the leading democracies in the world.

Undoubtedly, many countries in the world are concerned about the recent trends in Poland and the USA. In the era of the 21st century, where previous generations fought and risked so much for a better future, and for guaranteed rights–suddenly a certain political movement and their dogma threatens to take from our society–and from women. It will not prevent abortions. The possibility of abortion ‘underground’ has existed before, and will return once again. One thing more, it will certainly increase abortion immigration to places where it is widely available. Both of these countries have very divided civil societies, and both have a conservative right that has been gaining strength in recent years. In the United States, anti-abortion movements in the past have also been able to engage in drastic behaviors: such as bombing abortion clinics and even killing doctors. Pro-life environments protest about killing unborn babies, despite the settled opinion by the majority in the medical community that the moral status of the fetus is more considerable around 20/30 weeks into the pregnancy, when the fetus begins to feel. In the embryo-cellular stage, abortion therefore does not harm the fetus.

What is the reality of abortion today? It turns out that the tightening of the law makes social accessibility and consent not as important as political opinions, legality, and the consequential psychological burden on women. In Poland, however, due to inadequate knowledge of the law, doctors are afraid to perform abortions and call the police to hospitals to clarify the matter. This is why Polish women do not seek this medical help in many cases, because it is much more difficult. Currently, due to the war in Ukraine, many Ukrainian women have chosen to stay in a war-torn country rather than flee to Poland. These women flee the war–many after being raped–and know that they will not receive help with abortion when they cross the border, so they stay. Polish pro-life activists are on the eastern border handing out leaflets on ‘protecting human life’. They pass them to raped Ukrainian women. Poland has also recently been hailed as the country with the worst access to contraception for the third time in a row. On June 3rd, Poland’s Minister of Health introduced  a new law which requires Polish doctors to record information about their patients’ pregnancies in a national database. This means that the state will have an insight into who is pregnant, and therefore who might have had an abortion abroad. In another shocking political commentary, many have posed the idea that this is a political strategy to attract concerned voters to the ballot box, instead of it being about social values. Last month, during a session of the Polish parliament–the Sejm–important words were uttered by a member of the Abortion Dream Team of Poland, “The only just abortion referendum takes place in her own bathroom, through the pregnancy test result.” There are also comments among the wider public that every state should help women in such situations as part of health protection. Unfortunately, they want to blame those in need with shame and a sense of isolation. For the whole world, both of these aspects are a sign of anxiety and an uncertain future. Unlike the rest of the modern, enlightened world, they take basic human rights back decades. This is a sign of undoing the progress made over many years, and undoubtedly lead to more restrictive decisions on other issues also. When it comes to the US–questions arise–will gay marriage be the next target for the conservatives? The divided states, susceptible to the extreme influence of politicians, make it harder and harder to reach an internal, consensus-based agreement. It is extremely likely that it will take some time to return to the ideas of democracy and human rights that we considered undisputed in the democratic world, and which have now started to fade away.