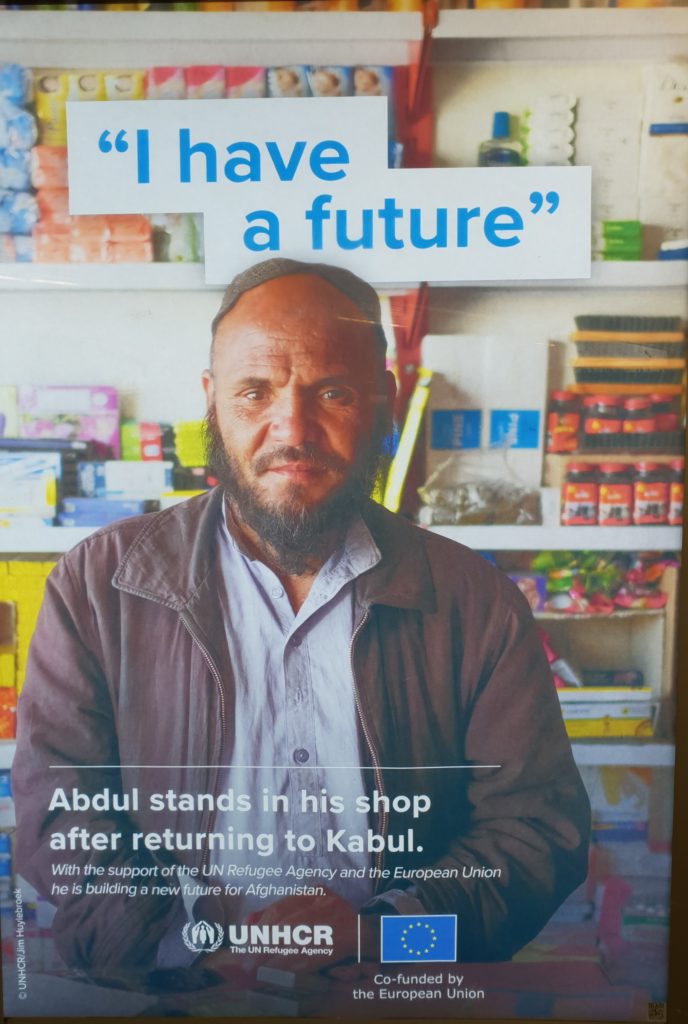 There is no more migrant crisis. The number of sea arrivals to the EU is down 90% from the 2015 peak levels, but the crisis mode stubbornly lingers in European political rhetoric. As a result, the subsequent political crisis has significantly obstructed Europe’s ability not only to solve the pressing issues relating to refugees already within the EU’s borders but also to re-think its rules on regular migration. Europe is reliant on workers from outside the EU, which is why the bloc must facilitate both more coherent legal migration routes and the freedom for established migrants to better utilise the opportunities of the single market.

Beyond the politics of fear: decoupling regular and irregular migration

In order to tap into the politically potent feeling of lack of control experienced by many voters, European leaders have attempted to stoke the negative perceptions associated with “otherness” for personal political gain. Immigration has been successfully framed through the lens of security in European political discourse, which has significantly reduced the success of arguments based on human rights, the economy, and demographic effects of immigration. Importantly, as a result of this securitisation of migration, European policy-makers have been unable to separate the different approaches needed for managing regular and irregular migration.

Even the Swedish Prime Minister Stefan Löfven in his contribution to the Debate on the Future of Europe at the European Parliament on 3 April indicated that security is on the top of his immigration agenda. Stating that the “EU must never again lose control like it did during the refugee crisis”, Löfven highlighted strong cooperation, strengthened control of external borders, and fair distribution of migrants as the three key pillars of a common European response to migration. His focus was almost solely on irregular migration and threat mitigation.

Despite the securitisation rhetoric and loud anti-immigration narratives, however, European voters are looking elsewhere ahead of the European Parliament Elections. A recently published European Council on Foreign Relations (ECFR) study, for example, shows that many domestic policy concerns, from corruption and unemployment to housing and living standards, have overtaken immigration as key issues for the European electorate. Thus, despite the statements from Viktor Orbán, Steve Bannon, and Matteo Salvini, these elections will not be the European referendum on immigration. In fact, voters in Salvini’s Italy are more concerned about people leaving the country than coming in, according to the study. The European immigration debate must now move beyond the politics of fear.

Foundations of a European migration reform

The decline of immigration on the valence scale should provide an opening for those decision-makers and civil society organisation hoping to bring some much-needed nuance to the debate. From the perspective of self-interest, Europe needs immigration for its labour market, to cover skill gaps in many sectors, and to counter decreasing birth rates. Yet, in 2016 75% of highly skilled migrants to OECD countries choose a non-EU destination such as the United States or Australia. The current skill gaps in technology industry, for example, have been a prominent feature of European and national conversations on competitiveness and digitalisation in recent years. Speaking on the topic at an event hosted by the Center for Data Innovation in April, the representatives of Lithuania, Finland, and the European Commission all highlighted the importance of attracting tech workers to Europe and growing European startups as part of their respective strategies. Europe, however, has struggled to even keep its homegrown talent from leaving for the Silicon Valley or Shenzhen.

Another development that brings the need to reform the EU’s legal migration rules to the fore is, of course, Brexit. The approximately 1.3 million British citizens living in the EU27 countries are currently at risk of losing their European citizenship rights. The prolonged uncertainty of Brexit has kept these people in an unbearable limbo for over 2 years, even though the European Parliament (EP) committed back in December 2017 to guarantee the future free movement of Britons ‘across the whole EU’. There is a policy promise to be kept.

“They have to find a solution, and we are not going to let them off the hook,” said the New Europeans founder Roger Casale when asked for a comment, “the Green Card would be a way to do it”. The New Europeans’ Green Card for Europe proposal, which would maintain the rights of British citizens currently in the EU and EU27 citizens in the UK, promises a practical policy solution to the issue of long-term residents’ rights within the context of Brexit. Well-received in many member states, the EU Green Card would ensure that Britons with permanent residency rights in any EU member state would not lose the rights they currently enjoy as an EU citizen living in an another EU member state, including the right to free movement and the right to vote in local elections.

Expanding the Green Card for Europe

Combining the EU’s immigration needs and the precedent set by the EU Green Card, the proposed policy instrument could in the future be applied more widely to all third country nationals with permanent residency within the EU. In fact, this possibility was already brought up by the Chair of the European Parliament’s Constitutional Committee (AFCO), Danuta Hübner MEP during a hearing on 18 March. Responding to the Green Card proposal for British citizens, Ms Hübner said that the solution “can have a much broader importance” within the EU beyond its Brexit origins.

As the EU Blue Card scheme remains firmly stuck in the negotiations between the Council and the EP, the expanded Green Card would provide non-EU nationals with greater rights without diminishing the member states’ status as the gatekeepers of migration. Because the criteria for obtaining the Green Card would be the possession of a permanent residency permit, it does not interfere with the member states’ competence to determine who can enter their country and who can stay. Unlike for British citizens in the EU, the scheme could even be rolled out in the member states on an opt-in basis for third country nationals – in a similar manner to the Schengen Agreement.

After gaining a long-term status in a member state, third country nationals would under the scheme be free to reside and work everywhere in the EU much like EU nationals – be it for work, family, or any other reason. It would make it easier for non-EU citizens to expand a business, launch a startup, or move within a transnational company between EU countries. It would also simplify the bureaucratic process for non-EU nationals with a permanent residency to look for opportunities, move within the European job market, and fill the skill gaps and labour shortages that vary from member state to member state. Simply put, it would reward those from outside the EU who have contributed to the European society for years without them having to potentially sacrifice their passports in member states that do not allow dual citizenships.

This is obviously not a blanket solution to the issue of attracting skilled migrants to Europe, as that is mostly dependent on the immigration rules of each individual member state. That would require increased EU investment on legal migration routes. Commission-funded voluntary projects to cover labour shortages in the member states, tying legal migrations routes to Europe with returns of those entering the EU illegally (e.g. Spain and Morocco), and the so-called “Global Skill Partnerships”, are all viable options. Ultimately, the purpose of the expanded EU Green Card scheme is to ensure that the EU can grant the best possible opportunities for long-term migrants in a managed and cooperative manner.

This article was featured on the New Europeans on 5 April and on the EFF – European Future Forum on 8 April.