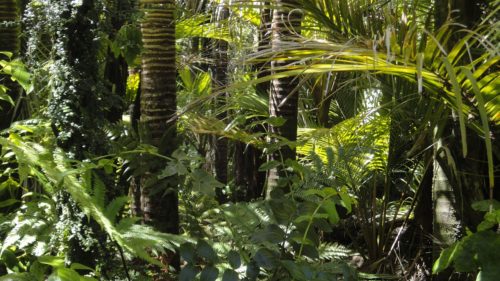 Most people online have probably seen the photos of the Amazon burning, as they spread rapidly across social media and developed into a hashtag. As with any online movement, it has suffered from its fair share of misleading content but has also pushed world leaders to act. The EU is no exception to this: its painstakingly negotiated trade deal with Mercosur (Argentina, Brazil, Paraguay and Uruguay) hangs in the political balance.

Emmanuel Macron spotted an opportunity. In threatening to block the deal, he was able to challenge Brazilian President Jair Bolsonaro who allowed people to set fires without having to worry about being punished. France, alone, would not have the economic weight to enforce environmental norms, but the sheer weight of the EU market gives it a potentially high level of impact. Chad Damro, an academic, described this phenomenon as Market Power Europe. In other words, the vastness of the single market means that access controls, EU regulations, and interest contestation within it naturally have a knock-on effect on other countries and foreign firms. As such, the EU can and does use its market in carrot and stick measures,  and deploys it to encourage its partners to adopt EU policies and norms.

The reality follows the theory to an extent, concerning EU action in Latin America. It shapes the environmental agenda through dialogues, development aid, Association Agreements and environmental programmes. Its Association Agreements and Free Trade Agreements with Latin American countries are conditional on upholding certain environmental positions. However, the EU’s influence levels in Latin America are weaker than in its neighbourhood. It is also hard to detach the impact of a specific EU contribution from similar measures by other countries and international organisations. Using its single market as an incentive is often a substitute for deploying sanctions. As described in Ian Manners’ concept of a Normative Power Europe, it is the EU’s different identity (derived from its history and governance) that leads it to seek consensus and convince rather than impose.

Shaming and pressure only work if domestic leaders are receptive to such input. The EU has similar mechanisms relating to human rights and trade, including a ‘human rights clause’ as an essential part of trade deals which can result in the suspension of the whole agreement. Such clauses have not yet been invoked, although the EU also has a Generalised System of Preferences+ (GSP+) scheme which provides additional trade benefits on developing countries and is conditional on ratification and implementation of particular international agreements. So far, the EU has inconsistently used withdrawal threats with varying degrees of success: it succeeded in convincing El Salvador to change its constitution to ratify an International Labour Organisation convention, but could not sufficiently pressure Sri Lanka to address rights violations.

In Cambodia, which has duty-free access to EU markets under the Everything But Arms scheme, preferential tariffs aimed at increasing land investment inadvertently also incentivised the state to seize land and evict people against their will to facilitate sales to agro-industrial developers. This led the EU to begin to consider preference removal, which is a long process and has no coercive impact in the meantime if the Cambodian government is not receptive. This is relevant to the current situation, as Bolsonaro has made repeated remarks about developing on indigenous land and integrating the people there (who wish to maintain their current system and culture) into mainstream Brazilian society.

Indeed, the European Parliamentary Research Service notes that some suggest the EU has the most power at the stage of negotiations it has currently reached with Mercosur: “when it can still withdraw the conclusion of the agreement unless the other party improves its commitment to human and labour rights.” It, sensibly, reminds us that the Commission has to weigh up all the potential impacts of a trade agreement as to the increased openness, dialogue, and contacts between the parties that come with economic liberalisation have the potential to lead to additional progress. Indeed, civil society can also benefit from the accompanying environmental and human rights dialogues in EU agreements and obtain more opportunities to mobilise for reform at home. Free trade should not be restricted at all: as part of an effective development package, it is a vital tool for reducing poverty, and the slowing growth in global trade puts that at risk.

Member States know that, and value domestic economic growth highly on their priority lists. It is worth looking at the experience of the EU-Canada agreement (CETA). The European Parliament fought tooth and nail for human rights conditionality in CETA, against Canada’s wishes. Despite Canada’s traditionally strong human rights record, the European Parliament insisted on the inclusion of a human rights clause in the deal, which the Canadians initially saw as unnecessary. It has not always pushed as strongly for such clauses but chose to operate tactically as a result of growing civil society and public focus on trade deals. Macron has arguably done the same. He spotted an opportunity to fight with a populist leader on an issue which had erupted into the public consciousness, while tactically avoiding confrontation with French farmers (much to the chagrin of other Member States.)

Overall, this situation is a microcosm of wider EU trade policy issues. Market Power Europe could have an exceptional amount of leverage with its partners and with global markets. If it was willing to overcome its squeamishness about hard power, it could successfully push other actors to fall in line with its human rights and environmental policy priorities while maintaining its ever-more-vital role as a defender of global free trade and economic openness. It could consistently and successfully spread European economic and human rights norms to its partners, in a beneficial manner for Europeans and the planet as a whole, but instead only uses this vast potential when the stars align to make it politically convenient for a leader or institution to do so.