Navalny and Russia’s alienation from Europe 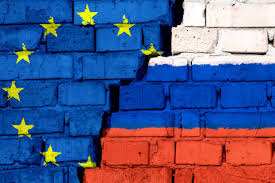 The European Union’s (EU) relationship with Russia has been experiencing a rift for years, particularly after Russia annexed Crimea and after the country has been showcasing that it does not share some of the EU’s core values, especially human rights and the rule of law. Currently, the bilateral relationship is going through another turmoil due to the Navalny case which was condemned by 26 EU member states. President Putin, however, recently appealed to the EU for a renewal in their relationship. But is this the right moment for reconciliation, or will the Navalny case further strain the EU-Russia relations?

On February 2nd Russian opposition leader and Putin’s critic Alexei Navalny was sentenced to three years and a half of imprisonment. According to sources, “Navalny received a suspended prison sentence for fraud in 2014, which the Russian authorities had asked the court to turn into a three-and-a-half-year term because of alleged parole violations. Navalny has always maintained that the case was fabricated against him to curb his political ambitions”. The European Court of Human Rights (ECHR) said that Russia’s actions “not only further exacerbate human rights violations as already established by the European Court of Human Rights, they also send a signal undermining the protection of the rights of all Russian citizens and affecting the integrity of the European system of human rights protection”.

In 2004, Viktor Yushchenko, a candidate who ran against Viktor Yanukovych, a Kremlin-favored incumbent for Ukraine’s presidency was poisoned with dioxin. The investigative journalist Anna Politkovskaya, having survived intoxication after drinking a cup of tea while flying to a Russian city, was shot on Putin’s birthday. In 2006, another Kremlin critic, a former intelligence officer, Alexander Litvinenko, died after he was poisoned in a hotel in the UK with a lethal portion of a radioactive material, the Polonium-210. In 2018, Sergey Skripal, another former Russian intelligence officer, was poisoned in the UK by the nerve agent “Novichok”, developed by the Soviet Union as part of their secret chemical weapons program. As reported, “Russia [again] denied responsibility, but U.K. police were able to track two men, who were later identified as officers in Russian military intelligence. Both men, Anatoly Chepiga and Alexander Mishkin were found to have previously received Russia’s highest state honor, awarded personally by Putin”.

More or less the same happened to Alexei Navalny. On a flight from Tomsk to Moscow, he started having severe pains; “Alexei started moaning and screaming. He was clearly in pain. He was lying on the floor in the part of the plane reserved for cabin crew”, a passenger seated near Navalny on the plane told BBC Russia. The plane diverted and landed in Omsk, where Navalny was taken to an emergency hospital.  In three days he was flown to Berlin, where the results of toxicological tests indicated that Navalny had been poisoned with the Novichoknerve agent. Russia denied any responsibility for the incident, with the Kremlin spokesperson deeming accusations of  the poisoning “absurd”.

This incident has triggered demonstrations across Russia in support of Navalny. The authorities have reacted in a repressive way, detaining more than 5000 protesters. The police warned that protesters “could face criminal prosecution for attending, or calling for an unauthorised demonstration and warned they could spread COVID-19.” Natalia Zviagina, Amnesty International’s Moscow Office Director, said that “the persecution of peaceful protesters must stop immediately, and Russian citizens must be able to exercise their rights to freedom of peaceful assembly and expression, on 31 January or whenever they choose – these are fundamental rights.”

Human rights in the country have been deteriorating in the past years. The authorities have been repressing activism with bans and prosecutions. In 2019, a campaign for freeing political prisoners was created, leading the authorities to release a number of people from jail. In the same year, online speech was regulated with new restrictions, allowing the government to isolate the Russian segment of the internet. The total volume of content that the Russian government requested Google to block on YouTube and its other platforms peaked in 2018, as it was shown in the company’s transparency report.

The Navalny case is another example of the repression of the freedom of speech – this time, by disqualifying a viable opposition candidate. And this comes together with restricting reactions to governmental repression, which leads to even more restrictions and, sometimes, absurd decisions.

Among these absurd decisions are the ones that the Human Rights Watch has reported. For instance, Konstantin Kotov, an activist, “received a four-year prison sentence merely for repeated participation in unsanctioned demonstrations”, two couples who took their children to the protests were threatened by the prosecutor’s office that they might be “stripped of their parental rights”, and one man “received five years’ imprisonment for a tweet that was interpreted as threatening law enforcement officers’ children”.

In the midst of all these events, President Putin, addressing the annual World Economic Forum in Davos for the first time since 2009, called for a “positive agenda” building with the European Union, and said that “of course, Western Europe and Russia should be together. Today’s situation is not normal”.  He also urged the EU to “get rid of the phobias of the past”.

On its side, the European Union has regularly renewed sanctions against Russia since 2014 because of Russia’s “illegal annexation of Crimea, support for rebel groups in eastern Ukraine, policies in the neighbourhood, disinformation campaigns and negative internal developments. Tensions have also grown over Russian intervention in Syria, Libya and sub-Saharan Africa”, and the EU applies a “selective engagement” approach. Regarding the Navalny case, HR/VP Borrell said that he deplores the detentions and the disproportionate use of force against protesters and journalists, stressing that “Russia needs to comply with its international commitments”. Adding to that, ahead of his visit to Russia on February 4, Borrell confirmed that “the relationship with Russia is one of the EU’s most complex”, and that the recent developments in the country underline the need for dialogue.

In March 2019, after the Russian violations of international law, disinformation cases, support to authoritarian regimes, illegal economic activities and more, the European Parliament (EP) had stated in a resolution that Russia could not be considered Europe’s “strategic partner” any more. However, the EP did not deny the common interests the actors have, such as the Iran nuclear deal and the Paris agreement, and the fact that the EU is Russia’s biggest trade partner. In an interview in January, Urmas Paet, the vice-chair of the EP foreign affairs committee (AFET), noted that Russia is a European country and stressed that “real changes can ultimately only come from inside, not from the outside”. Member of the EP (MEP) Andrius Kubilius also expressed the EP’s solidarity with ordinary Russian people and said that while “Russia has left the road of democratic development, it can come back”.

In a resolution adopted four days following Navalny’s arrest, the EP called for significantly tighter EU sanctions against Russia, as well as for the immediate and unconditional release of Navalny and of all those detained in relation to his return to Moscow. The European Commission (EC) also published a statement  in which President von der Leyen condemned Navalny’s imprisonment and noted that the “detention of political opponents is against Russia’s international commitments”. The ECHR called the Russian authorities to “restore a climate of respect for human rights based on the international standards by which the Russian Federation is bound”.

As it seems, it is not the right moment for President Putin to be calling for a refreshed relationship with the EU. Apart from the EU’s respect to its own basic values, it has recently aimed at stressing more the respect to the rule of law and to international obligations. Even though this has concerned its own Member States (see Poland, Hungary), respect to international law and human rights obligations certainly affect bilateral relations with partners outside the EU too. Ahead of HR/VP Borrell’s visit to Russia, the European External Action Service (EEAS) published a factsheet about the EU-Russia relations, describing, among others, the EU’s strong commitment to the promotion of human rights, fundamental freedoms and the rule of law in Russia, and its support to civil organizations promoting universal values.

On February 5th, EU HR/VP Borrell travelled to Russia and, at a joint press conference with Russian Foreign Minister Lavrov, he underlined the importance of the relationship and also its difficulties, reiterated the EU’s call for Navalny’s release, and reminded Russia that the EU places a strong emphasis on the rule of law, human rights, civil society and political freedom as central to the EU-Russia future relationship. During that press conference, Russia expelled three European diplomats, from Germany, Poland, and Sweden, due to their attendance of illegal rallies in support of Navalny.

Uncomfortable issues like the Navalny case are hard to fit somewhere in between money, business and geopolitics. Even though HR/VP Borrell is under pressure for resignation after his failed trip to Russia, analysts foresee that the EU will not discuss further sanctions to the country until March. And even if there are sanctions, as the CNN put it, “it’s unlikely those sanctions will go after Putin in any meaningful way. And, unless the Russian President has a Damascene conversion, Borrell’s visit will be forgotten before his plane’s even left Moscow”.

After the Council deal… what? The German EU Presidency and the opportunities it offers Source: infoguerre.fr   After four days of EU Council meetings, on July 21 the new plans on the Recovery Plan and the Multiannual Financial Framework (MFF) were finally accepted....

EU Digital Services Act: grasping the opportunity to refresh the resilience of our European democracy

EU Digital Services Act: grasping the opportunity to refresh the resilience of our European democracySource: Future of Privacy Forum Online platforms have gained a dominant role in our lives and in our democracies. We do business online, we get informed through online...

It breaks if you don’t try: EU Foreign and Security Policy

It breaks if you don't try: European Foreign and Security Policy An EU that fails to act to defend its interests and values on the world stage is an EU that fails voters through passivity and inaction. Source: CSDP EEAS Flickr   The recent Munich Security...

Why can’t you be more like Estonia? : Creeping Illiberalism on the European Internet

Why can't you be more like Estonia?   Source: Pixabay Creeping Illiberalism on the European Internet   At the recent Masters of Digital conference, one of the panels looked ahead to the future of the digital world in 2040.  One of the topics arising was the...

LGBTI rights and EU Enlargement Backsliding is all too common across Europe, and the EU's unreliable allyship risks the lives and freedoms of Western Balkan LGBTI activists.   Source: Wikimedia/Mickey Mystique   This week, the International Lesbian, Gay,...

Between a Rock and a Hard Place: Gibraltar and Brexit

Between a Rock and a Hard Place: Gibraltar and Brexit Source: Pixabay Despite voting 96% to Remain, Gibraltar now faces Brexit: nothing short of a fundamental challenge to what it means to be Gibraltarian, British, and European. As the UK hurtles towards Brexit, its...