THE IMPACT OF THE CATALAN REFERENDUM ON THE EU

Aleix Sarri Camargo (MEP Policy Advisor, ALDE Group) started the discussion by emphasizing that the Europe of regions does not exist, and that regions as such in Europe cannot interact with the European Union without restrictions. He addressed the Catalan movement and explained his arguments on the need of it. He claimed that the Catalan society as such is very cosmopolitan and multicultural, an open and inclusive society that tries to be more connected with the world, especially in the framework of globalization. After that, he discussed populism, by stating that in Europe populism has developed not in metropolitan areas, but in rural areas, which are left behind both socially and economically.

Centralised states like France, Greece, England (not the UK), which centralise taxes, infrastructure, etc. are opening up arguments for populism. He argues that rural areas with the lack of infrastructure cannot attract investments. Regarding Catalonia, he claims that it has been left behind and that it could not completely control its tax system and schools. He believes that the European Commission is supporting Spain by turning a blind eye on Catalonia.

The second speaker was Marc-Andre Desmarais (MEP Policy Advisor, ECR Group), emphasized that the Europe of regions is something idealistic, in terms of independent regions, though regionalism by itself is well served by the EU. Scotland is one of those regions that have a parliament, own educations system, and can collect some taxes. Scotland has its distinctive institutions of education, law, and religion, together with the robust civil society that bolster Scottish consciousness. Regarding the Scottish National Party, in the past they were against the European Union, claiming that the EU would take away Scottish identity and a lot of powers. Scotland has only had a parliament since the late 1990s, after voting for it in a second referendum. As time went by, EU integration allowed Scotland to lobby effectively the EU, especially through Scotland Europa.

For Scotland, the whole EU interaction helped promote its regionalism while emerging as a way to bypass London. The closer the ties were with the EU, the better it was for Scottish power. The independence referendum a couple of years ago was the limit for Scottish nationalists. If Scotland became independent, no one would have any idea how Scotland’s ascension to Member State would be negotiated with the EU, especially concerning its relations with the UK. Ultimately, member states would have to vote for Scotland joining the EU, and Spain understandably would have problems with that.

Realistically, the impact of the Catalonian referendum will deter nationalist movements throughout the EU. The EU explicitly stated it would not interfere in internal matters of its members, despite violence in Catalonia. Member states were very shy regarding the issue, which also points to many problematic things regarding international law. The concept of self-determination of people is still ambiguous and was mostly thought during the decolonization process, so the question for international law remains. He thinks we will see a new era of regionalism in Europe, where the regionalism movement will see the EU as a leverage to their member states, but at the same an institution that will hinder anything that comes close to total independence. If the EU finds ways to reform itself, then the Europe of regions idea could happen. Finally, he discussed the recent general elections in the UK, where the Scottish National Party significantly lost, and as a consequence, it delayed the chances of a second independence referendum.

The third speaker was Vincent Laborderie (Lecturer at Université catholique de Louvain), agreed largely with the previous speaker. Regionalism and EU membership is compatible. He quoted the statute of the NVA, the main Flemish nationalist party: “The goal for NVA is to have a Flemish state within a federal European Union”. Today, the EU is made of nation-state. It is not a federal Europe; otherwise Catalonia would be independent. The Catalan referendum message is very clear. It is forbidden to split from another country if you do not have an agreement with the central state. It is like that not only in Europe, but it is an international practice. There is always a conflict between two concepts in international relations. The right of people to self-determination versus the respect of the sovereign state. The exception is Kosovo. The interesting thing about it is that the most important countries that recognized it openly claimed that it is an exception, a unique case.

In Europe, there are only two regions on the verge to be possibly close to independence. It is Scotland and Catalonia. Apart from that, the real movements across Europe are autonomist, not separatist. It is interesting to see why nation-states refuse for Catalans to have a referendum. Regarding the Flemish movement for independence, it is almost dead. The NVA is now participating in the federal government. It is interesting to compare it with separatist parties. In Quebec, the separatists never participated in the federal government, in Scotland same thing. In Spain it is very complicated, they participate but these parties are small. They always participate in exchange for more autonomy.

But now, the NVA decided to participate in the federal government, without any more autonomy. There was a small split in the NVA, when their president said that the goal is to participate in the next government, even if there is no more autonomy to gain for Flanders. Regarding the exiled Catalan leaders in Belgium, the Flemish nationalists have solidarity for Puldgemont, but they will not do anything specific about it.

After the speeches, the moderator Nicolas Balcell posed a question on regionalism as a way of bypassing the nation-state in the EU, and what could be the outcome of it, as well as what will happen in Catalonia after the upcoming regional elections in December. Aleix Sarri Camargo stated that the situation after the elections is uncertain and that the recent events have shown how surprisingly things can develop. There is a strong possibility that Catalan people will vote 50 percent for the independence parties and that democracy will be restored. Camargo added that more member states do not mean more problems for Europe. He believes that Catalonia could be an added value to the European project.

Marc-Andre Desmarais believes that in some ways it is able to bypass member states. Regions can work around pragmatic. Independent regions would be a no-go for the EU, as every member state would have to agree on that. Vincent Laborderie believes nothing will change after the Catalan elections, regardless of the results. Regarding the EU, we cannot bypass the member states. All of the regions have representations here in Brussels only because of their countries membership in the EU. After these remarks, the audience engaged in a discussion on the topics. 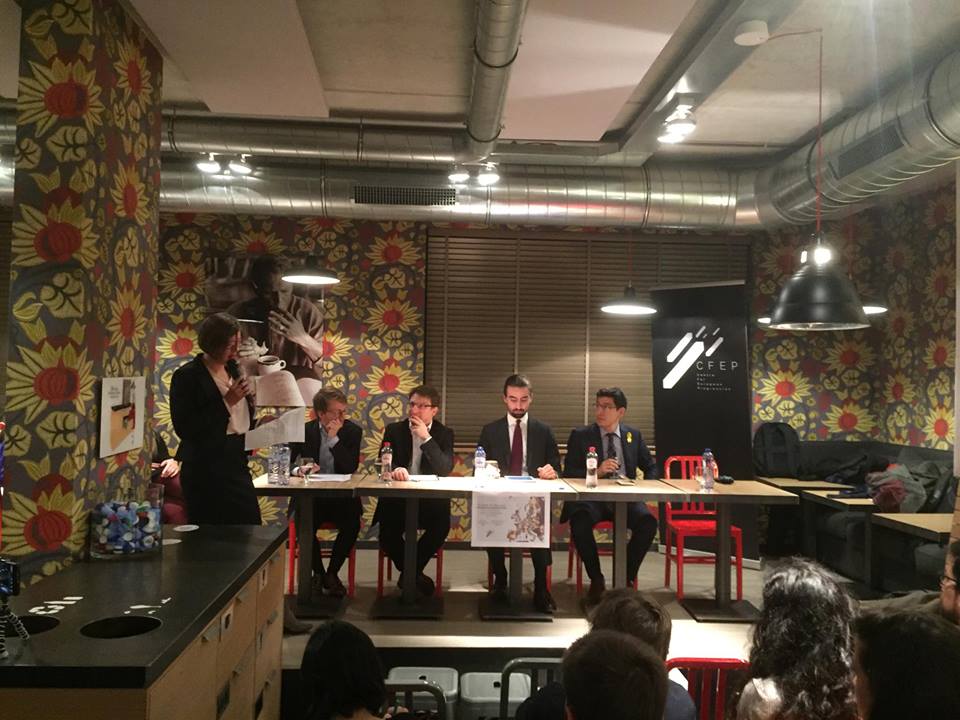 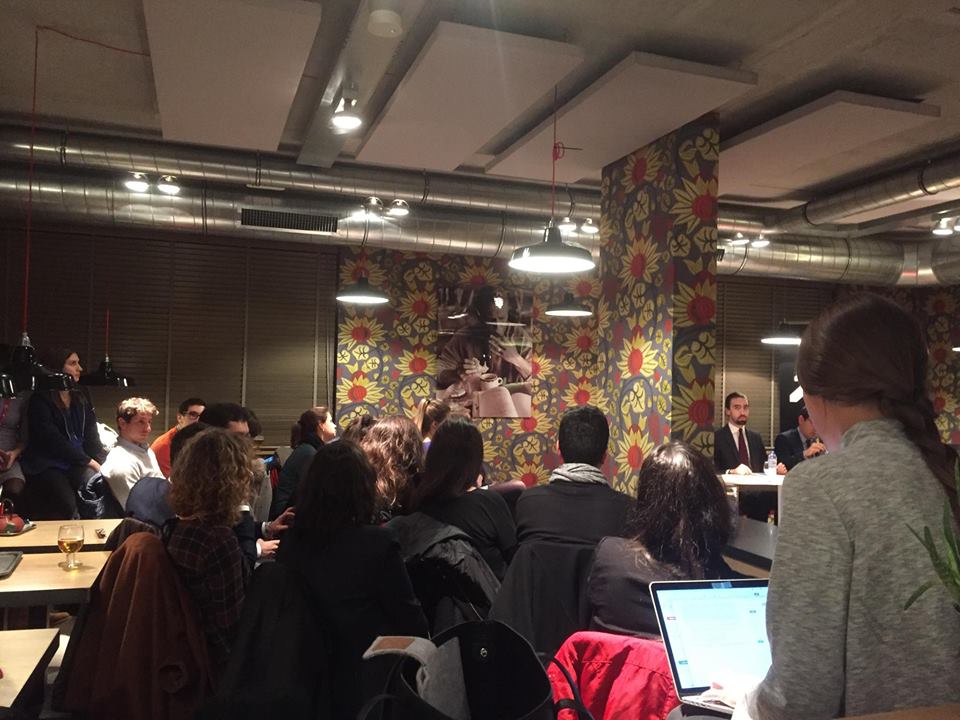 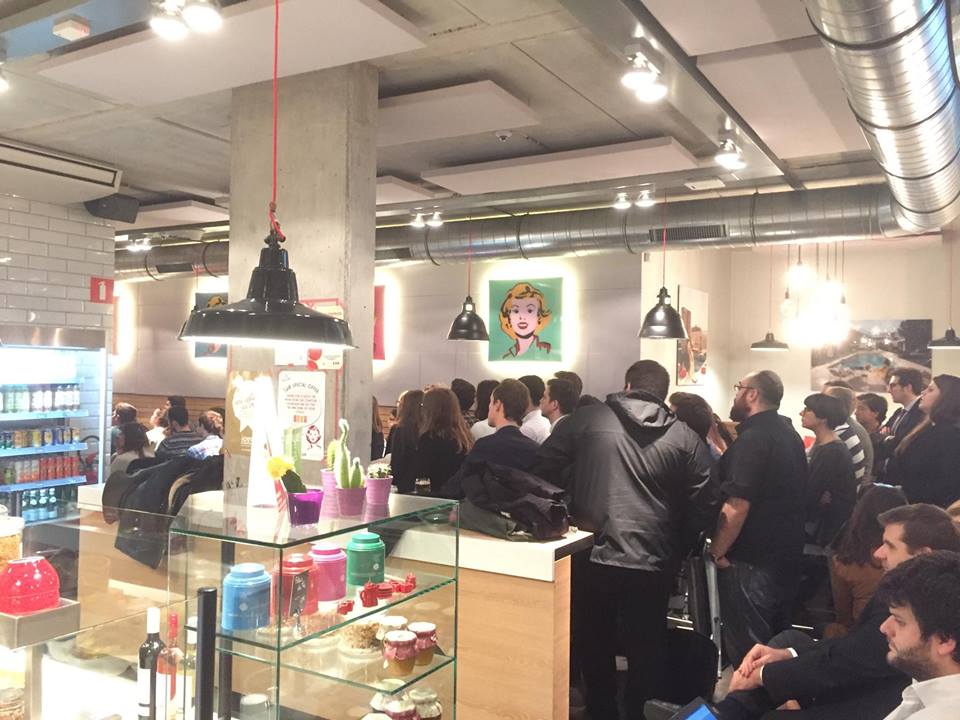 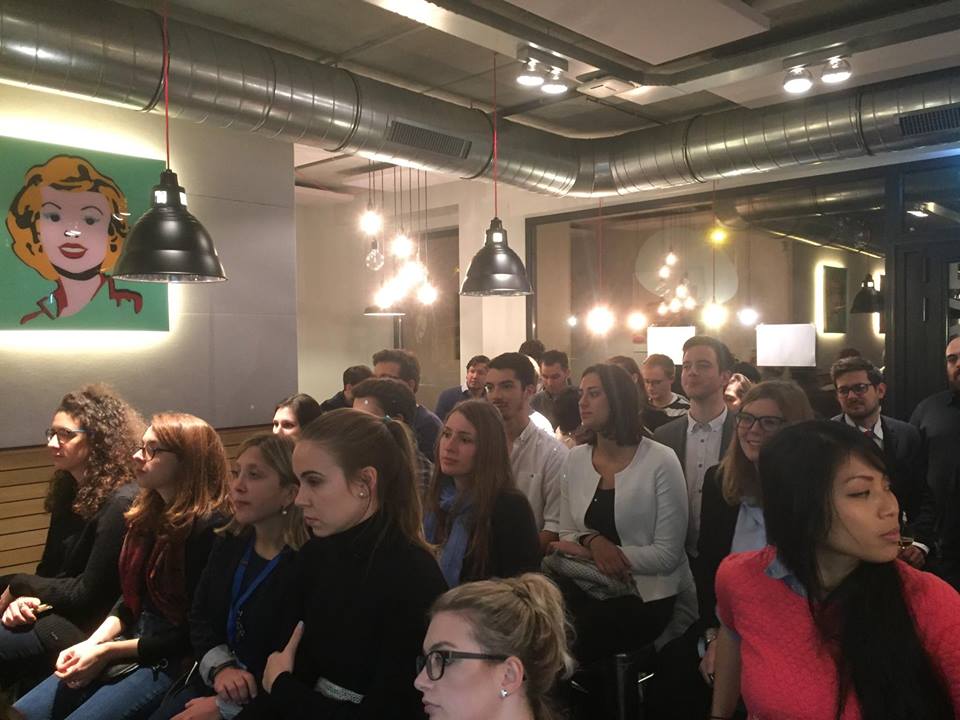 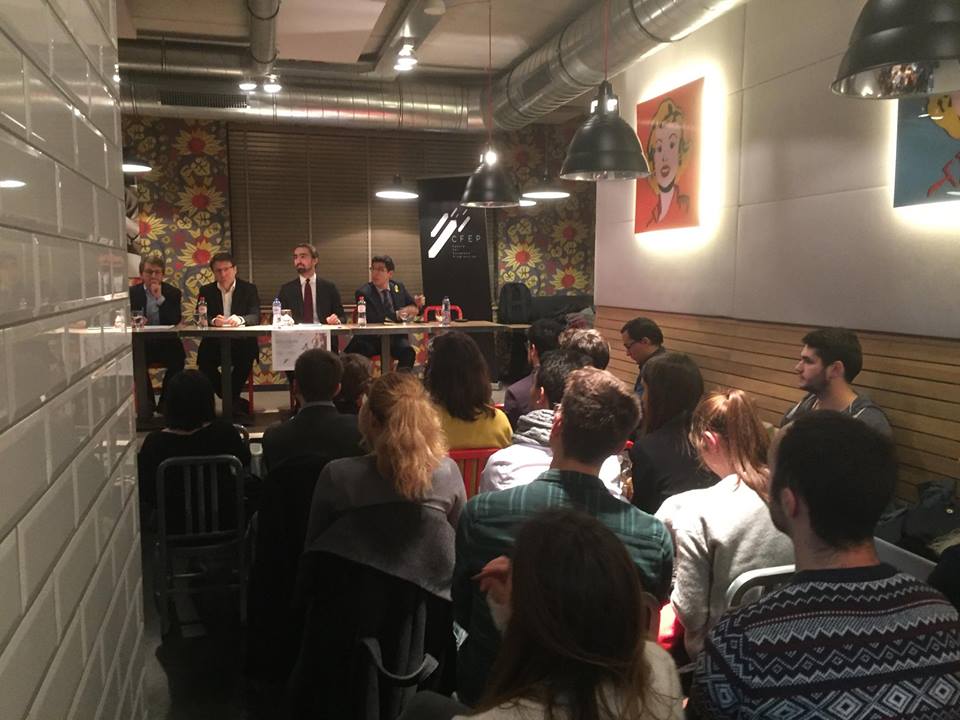