One month after our last political discussion about the EU policy of the new UK government, we asked our speakers’ opinion about the future and the referendum that will be held in 2017 the latest. Mr Pieter Cleppe (Director, Open Europe Brussels) and Seb Dance (MEP, Labour – S&D) were kind to answer our questions. 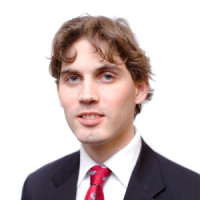 Pieter Cleppe: If Cameron gets a positive reception during the upcoming European Summit at the end of June, then the chances are bigger that they will go for a referendum in 2016. We, Open Europe prefer a referendum only in 2017, for the simple reason that there is more time then. If you look at France, Francois Hollande and the Socialist Party are quite an obstacle in the sense that they are afrai

d of their own shadow. If Mr Hollande wants to take votes back from the Front National he should bring the UK demands, which include returning powers to the national level, into the political discussion but apparently he doesn’t seem ambitious to actually achieve that. You have an agenda between Hollande and Cameron that could fall together but so far the French government is very reluctant. The only downside of a 2017 referendum is that Germany is having elections in the fall of 2017.

Seb Dance: Most probably autumn 2016 – the eurospectics will want it delayed as much as possible, those who want to stay in will want the questions resolved sooner.

CFEP: Another issue that has gained more ground since our event is the migration: Do you think there is a chance that Mr Cameron wants to detach it from the renegotiation process and deal with it outside of the treaty change?

Seb Dance: Not possible to detach but there must be more willingness to embrace facts i.e. net contribution of EU migrants and overall balance between numbers of those leaving and staying (1.8m in; 1.8m out).

Pieter Cleppe: He won’t detach it. Although it is possible to deal with some of the concerns of having more control over benefits for the migrants from within the EU without implementing treaty change. This is more of a specific policy choice. You can achieve the same effect without changing the treaty.

CFEP: The voice of the more eurosceptic members of the Conservative Party became stronger after the elections as the Tories have majority. Do you think the UK will be less flexible during the renegotiation process?

Pieter Cleppe: Yes and no. Yes it will be less flexible, because indeed the backbenchers in the Conservative Party are more needed for the majority. That’s a dynamic that makes the UK a bit more ‘radical’. However, Cameron’s position within the Conservative Party has been strengthened thanks to this absolute majority he gained. More importantly, there is still UKIP, which had not such a bad election at all. Symbolically, Nigel Farage did not win his seat, but if you look at the number of votes, they had 12-13% of the people they could convince which is a lot. Taken all that into account UKIP actually did not have such a bad election. 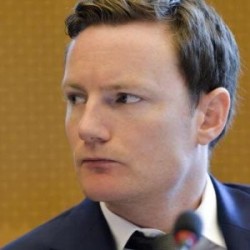 Seb Dance: I believe the negotiation strategy is driven by Cameron’s inability to control his own party rather than the interests of the country.

CFEP: If Cameron can’t deliver his promises could it mean losing his seat? How would the public react for this?

Seb Dance: No. He will not lose his seat. But he has a fragile consensus – the eurospectics will not accept renegotiation and will undermine him come-what-may.

Pieter Cleppe: If there is a rebellion within the Conservative Party and the government collapses, then the party leader being Cameron would stand down. There is also a leadership contest coming up in the Conservative Party, we should not forget that, Cameron will have to be careful not to have these EU discussions in his party interfering with the leadership debate. Tradition in Britain is that the prime minister steps down in slightly before the end of his term, so he can give his successor sort of a run in. 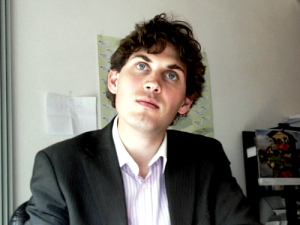 The reaction of the public? Imagine he would not get anything. As a politician – I am not claiming Cameron would do that, but as a politician his incentive would be to pretend that he has gained a lot and then to have a quick referendum, get over with it and hope, gamble that the public would vote to stay in. Now you have in Britain a slight majority of votes to stay in, but still 15-20% unknowns. To convince these unknowns you would not be very successful if in a daily basis all the commentators and the media write “this whole negotiation was a farce, clearly it’s impossible to change the European Union”. So France and Germany, they have to keep that in mind. If they force Cameron to embarrass himself and give him very weak hands in the upcoming referendum they will be forced to negotiate with a British leader who has to leave. France is certainly not demanding Britain to leave and they should understand as I made clear that renegotiation is actually something that many French also want. Les Républicains who have a tradition of gaullism and sovereignism, but also in the Socialist party, you heard a strong current which was against the European Constitution. If Hollande thinks it all true, then he should see this as an opportunity. Furthermore, if the in-side only wins narrowly, the issue won’t go away. Just like the Scottish nationalists in Scotland have increased their popularity after doing quite well in the referendum, despite losing it, UKIP may receive a boost. So it’s in Cameron’s interest and in the interest of other EU countries, which may lose the second biggest contributor to the EU Budget, to make sure that Cameron can show some material EU reform.

CFEP: The first minister of Scotland, Nicola Sturgeon held a speech recently in Brussels. In that speech among other things she mentioned that if the UK leaves the EU, a new Scottish independence vote would happen again and Scotland would join the EU outside of the UK. She also mentioned the possibility of a double majority rule to prevent Brexit.

Seb Dance: Double majority would not be accepted by Tories in Parliament – little chance of this. A ‘no’ vote would lead to break-up of the UK. No Doubt.

Pieter Cleppe: It is obvious, if Britain would vote to leave, you will hear very loud calls from Scotland to have their own referendum. Every country, every nation should have the right to secede. The British are pragmatic and they will probably have to conceit a referendum vote for Scotland but they would not allow beforehand some kind of a veto for the Scottish.

On the double majority: I don’t think this conception will be honoured. The referendum will not be set up as such that there would have to be a majority to leave in every constituent part of the UK.