Skip to content
The past years of global economic upheaval have sorely tested the EU’s Economic and Monetary Union and its crowning achievement, the euro. At base, the problem is simple: the EMU is an outlier in political and economic history, and markets do not know what to expect from its unique combination of a single currency and separate nation-states. The eurozone crisis reveals the challenges of the EU’s sui generis political status—no longer a mere collection of nation-states, yet not a fully fledged federal entity. CFEP wanted to provide the ground for interactive dialogue about what we should expect for the future of European integration and what does the still not fully solved eurozone crisis mean for our future. For that reason we had the pleasure to host the distinguished speakers, namely: Roxana Nedlescu (College of Europe), Alessio Terzi (Bruegel), David M. Garcia (Union of European Federalists), Jan Ceyssens (European Commission) and Sander Roelandt (European Parliament) in order to depict the current and the future situation of the Eurozone and the further European integration. 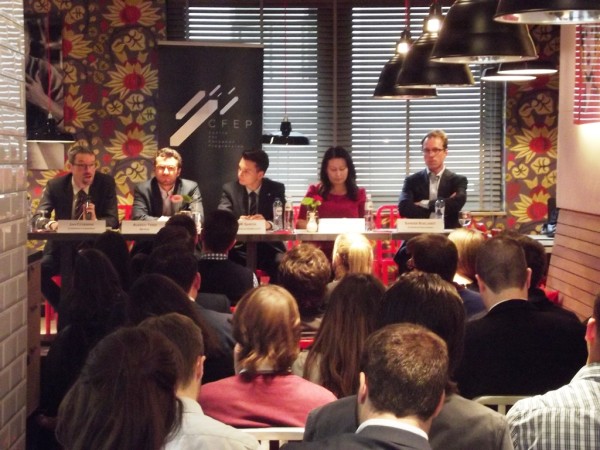 Mr Ceyssens began his contribution by referring to the ongoing negotiations with Greece, he mentioned that an agreement in the next days is increasingly likely. He further explained that the EU reform is a top priority set up by the European Commission, enriched with strong solidarity. A step-by-step approach is needed until 2017, with and without further legislation to make the procedures more powerful. EU has to be built from the bottom to the top, from national to European level by setting up new bodies like a European network of nationalCompetitiveness Authority or a European Fiscal Board that can help the EMU functioning better. He believes that the Economic and Monetary Union needs to be further strengthened and deepened to support our single currency and at the same time overall convergence is fundamental in the EU. He was talking about the so-called “five presidents’ report” which presents long-term goals but mentions those decisions that are needed to make the EMU more stable in the short-term.
Mr Terzi pointed out that Greece is not the only case the implosion could happen but predicted that another countries could easily follow. Additionally, the EU has no instruments yet to deal with this situation. Concerning the democratic processes he recalled the rise of Euroscepticism – anti-EU sentiments and the hard backlashes, given the fact that EU Member States and citizens suffered enough by the crisis, instability and insecurity and will not be patient enough to wait until the Commission creates a more stable and accountable system for the EMU and for them alike. 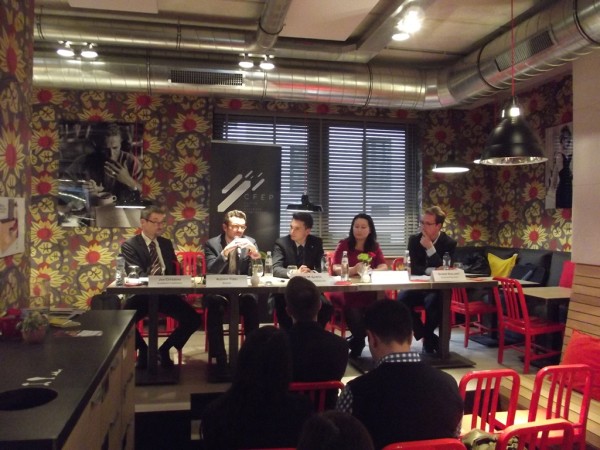 According to Mr Garcia it is now the time for the EU decision-makers to increase their accountability and promote the creation and implementation of new financial policies focused on simpler procedures above the intergovernmental bodies. He further analyzed the possibilities of deepening and strengthening the Economic and Monetary Union and improving its democratic legitimacy and effectiveness. Mr. Garcia raised the issues of the creation of a fiscal capacity/budget for the EMU integrated in the EU institutional framework, revising the system of own resources of the EU or create an own resource system for the EMU and establishing instruments for a Single Economic and Fiscal Policy.
Mrs. Nedelescu expressed her optimism that a solution will be found on Thursday concerning Greek public debt, although structural reforms should be implemented, and underlined the need for reforms of the banking system and completeness of the Banking Union, for a more cohesive Europe. She presented a thorough analysis of the outburst of the economic and financial crisis and how the private debt was transposed into public debt, kicking off the ‘vicious cycle’ of the country’s economic cliff.  Furthermore, she underlined that achieving sustainable economic growth is the way out of the crisis and discussed how further integration in terms of a true European labour market and pension schemes creation could contribute to accomplishing such aim. 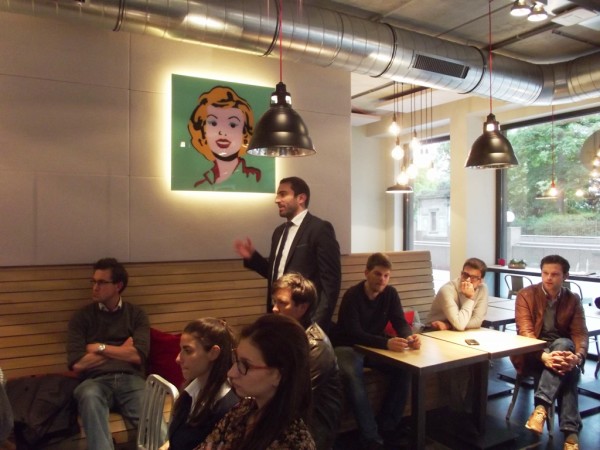 Mr Roelandt supports the idea that the only way forward is to go a step backwards. The original principles of the Maastricht Treaty should be revived and reconsidered by the EU, but with a far stricter application. A strict enforcing mechanism of the already existing rules could bring responsible fiscal policies and automatic corrections in the Eurozone. He added that the European Central Bank’s ultra-low interest rate policy created an environment where Member States are not feeling the necessity of the continuation of their structural reforms. As a conclusion he mentioned that he also thinks that a compromise could be reached with Greece on Thursday, but probably not a real solution.