We organized our last discussion about the current state of the Schengen area on 10 November 2015.

The question of reinstated internal border controls and the freedom of movement as a key achievement of the European Union were put in the focus point of the debate.

Vít Novotný from the Wilfried Martens Centre for European Studies opened his introductory remarks with a brief description of the rules that define the Schengen system. He underlined that we cannot design a 2.0 version of the Schengen system because the current version is still not a fully functional one. The external borders of the Schengen area are not controlled properly, the member states are unable to check all of those who enter their territory. Countries were reluctant to hand over their sovereignty regarding border controls therefore we do not see a European border control but a fragmented system controlled by the member states. The affected countries are not open to share the important information about people crossing into Schengen due to a lack of trust between members.

He stressed that although the framework and the EU-wide system to cooperate exist (mentioning the Schengen Information System and the Visa-Information System as examples), members states are reluctant to use these opportunities that could help tackling the refugee crisis more efficiently. Mr Novotný also highlighted the importance of proper external border controls as the recent developments proved that with stricter controls the EU is able to save more lives.

According to him immigration and integration in Europe constitute a highly complex policy area with implications for a wide range of issues. As such, it may have far-reaching consequences for Europe and must continue to command the attention of policymakers.

He pointed out that the free movement of people is working well inside the European Union. He further referred to the security issue and to the need for shared information systems. The development of sharing information and the use of technology to help those who want to come to the EU legitimately is the minimum the EU should do. 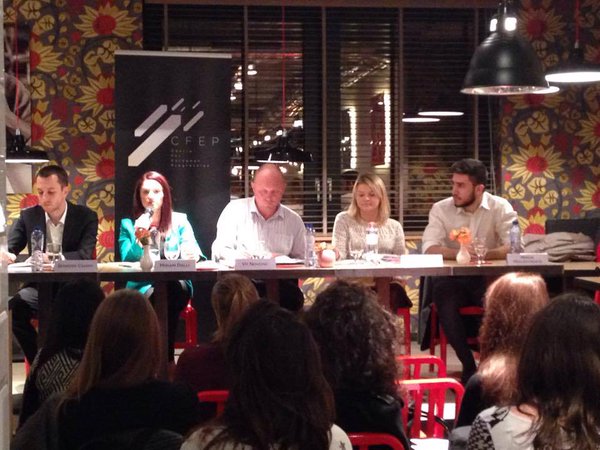 MEP Miriam Dalli (Malta, S&D) stressed out the importance of the Schengen system for the European integration and the establishment of partnerships between MS. Even though, the agreement is in jeopardy and the whole EU is at the crossroads. She mentioned that we are able to come together and address issues like the economic crisis, however, the EU showed very little solidarity when faced with a humanitarian crisis.Further steps are needed to stabilize the neighborhood of the EU, especially Syria, the situation with the IS and the political turmoil in Libya.

On the idea of closing borders she did not place herself in favor and urged for a unified –European and global approach with a shared visa information system in order to tackle this crisis. Strengthening external borders is not the only solution according to her views. EU needs a whole package to tackle what is going on in its neighboring countries. In that respect, she mentioned the legislation she is currently working on, legislation for a permanent mechanism that will be triggered when a crisis appears. It will be a permanent solution given the insufficiency of the recently proposed voluntary relocation mechanism. Additionally, she referred to the report on Frontex and said that the agencies should work together when it comes to vulnerable groups of migrants like women and children. For the MEP, European unity and solidarity are the key factors to tackle this issue. MS should not react only when the problem arrives at their doorsteps. She pointed out that the migration crisis comes as no surprise to her. Malta has been facing this situation for 12 years and they have been calling the EU for a policy that ensures migration issues are addressed.

She concluded by referring to the Valetta Summit and said that EU needs to be a strong partner for the countries taking part in the Summit. It can be the first important step in the right direction. 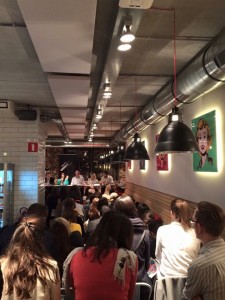 Minos Mouzourakis from the European Council on Refugees and Exiles (ECRE) spoke out on the Schengen acquis. According to his remarks, the inability of member states to control their borders has triggered unilateral approaches and reinsertions of border controls, even if the legality of these controls is questionable.

He tried to answer to the question on how to deal with people arriving irregularly and disorderly. He stated that by blocking all the legal options for these people they have no other choice but to choose irregular migration routes and to seek the help of the smugglers.

The EU asylum policy contributes to this irregularity which has led to this situation. By shutting off the borders the vulnerability of the refugees and the risk for more dangerous journeys is being increased. Migration flows do not stop because someone is putting back their borders and reinstalls control. The need for a common European solution cannot be overemphasised in terms of sharing efforts and sharing solidarity within the EU.

He added that the relocation proposal is a modest step in the direction that all the MS will have to participate in. Unfortunately, it has provided only a very low number to be relocated, a small fraction of the people that have arrived in Europe this year. We have experienced a belated and modest response of the EU with no willingness to agree on a holistic approach, for addressing the challenge in an efficient and constructive way. He also questioned the legality and the real need of the reinstalled border controls in between the Schengen area countries. Although the rules of the Schengen system provide the option of the reintroduction of border controls, these actions must be proportionate. According to Mr Mouzourakis, the European Commission must examine more strictly if these actions were justifiable under the current regulation. 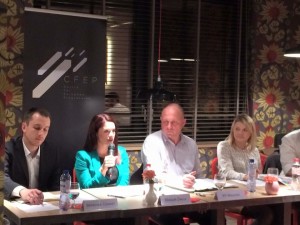 Sarah Sommer focused her intervention on why we do not need a revised Schengen 2.0 and pointed out that the freedom of movement needs to be protected at the moment. She referred to the different phases of the development of this crisis like the reinsertion of border controls and the sense and importance of the freedom of movement. On this issue she underlined the danger of making border controls less exceptional, lasting much longer than foreseen. She also emphasized that there is a trend of restricting the freedom of movement of the ordinary EU citizens by special, internal policies of several member states. Ms Sommer continued by explaining that the so-called “refugee crisis” was not a surprise for her and for Europe. Shortcomings in the Common European Asylum System had been visible before already, despite lower numbers of arrivals. She focused her speech on the critical point of the distribution of these people inside the EU and the solidarity of the MS. Refugees will and should always find ways to reach Europe and simply turning our back on them with increased border controls will not solve the current situation. Following a vivant and interesting debate a final and common acceptance point has been made stating that there is no need of a new Schengen system but we need a better one where member states stick with the rules and live up to the commitments they have agreed upon.