Time for a Rethink on Libya?

Time for a Rethink on Libya?

Failure to change course on Libya could undermine the EU 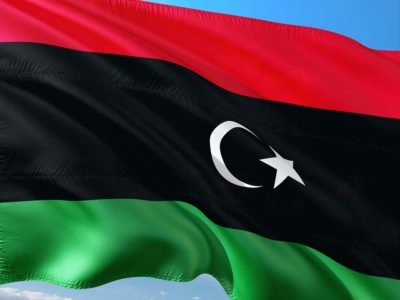 The clamour of officials, lobbyists, politicians and campaigners seeking to get their policy proposals on newly inaugurated European Commission President, Ursula von der Leyen’s desk will soon renew in earnest. As a former defence minister, Ms von der Leyen will already be aware of the resurgence of one of, if not the, most pressing foreign policy issues for the European Union, strategically and politically.

Libya highlights a number of EU weaknesses at a time when it wants to show strength and renewal, and it must rethink its policy towards the country. Recent events have thrown this into sharp focus. To summarise the current crisis, Libya is divided into two camps: the internationally backed Government of National Accord (GNA), led by Prime Minister Fayez al-Sarraj, and the House of Representatives alongside Field Marshal Khalifa Haftar’s Libyan National Army (LNA). There have been multiple rounds of talks between the parties in an attempt to overcome the divide and move towards a constitution and democratic elections. Haftar’s forces have been attempting to take Tripoli since early April, and over 44 people were killed in an airstrike suspected to have been conducted by the LNA on a migrant detention centre.

On the first point, one of the main challenges for Libyan reconciliation is the number of external actors involved in the conflict. At a Brussels event organised by the Centre for European Policy Studies (CEPS), Taher El-Sonni, Senior Political Advisor to PM Sarraj, stated that every time Libyans approach a solution they get dragged back because of the proxy war. Qatar, Turkey, and Italy are aligned with the GNA, while Egypt, Saudi Arabia, and the United Arab Emirates are aligned with the LNA.

France has become increasingly dependent on Haftar in its counter-terrorism policy. Italy, on the other hand, is focused on cooperating with the GNA on migration. The Franco-Italian divide is not unique in hindering the emergence of a genuine European foreign policy. Whatever the issue in question, producing a common position between 28 Member States will naturally result in extensive compromise. Individual Member States may also end up undermining the EU’s position as a whole. For example, el-Sonni also criticised France for providing material support to the LNA, in relation to the discovery of French-owned missiles located in an LNA base. France appears to take the same line as the UN Security Council and the EU in supporting the GNA, while tacitly sending supplies to the LNA.

At a time when Russia and the USA do not want to step up to the plate, there is an opportunity for the EU to take the initiative in convincing foreign actors to step back and allow Libyans to establish a democratic political future. However, to do so, it would have to start closer to home, with France and Italy. A lowest-common-denominator stance in the midst of a civil war taking place in the EU Neighbourhood will not be sufficient, and will further undermine the EU’s attempts to be recognised as a serious actor in its own backyard.

On the other hand, the EU has not usually sought to act as a serious global power in the traditional sense. It has sought to appeal to its past, its achievements, and its values to act as a ‘normative power‘. The Libyan situation, and the EU’s reaction to it, is undermining that image. It is well known and well documented that Libya is not a safe port for disembarkation: according to the Council of Europe, “migrants and refugees who are intercepted or rescued by the Libyan Coast Guard, and subsequently disembarked in Libya, are routinely subjected to unlimited and arbitrary detention, torture, extortion, forced labour, sexual violence, and other inhuman or degrading treatment. Moreover, violent conflict in different cities of Libya has put the safety of migrants and refugees, including children, many of whom remain trapped in detention centres, in grave additional risk.”

Indeed, two lawyers have submitted a Communication to the International Criminal Court that accuses the EU and its member states of ‘premediated complicity’ in crimes against humanity. It does so on two grounds: firstly, that decision-makers knew that replacing Italy’s search and rescue mission Mare Nostrum with the scaled-down Frontex Operation Triton would lead to thousands of deaths in the name of deterrence. Secondly, it maintains that forcing NGOs to stop operating and supporting the Libyan Coastguard facilitated illegal pushbacks and directly led to the human rights abuses committed in Libyan detention camps. The EEAS representative, Colin Scicluna, at the CEPS event rejected out of hand the idea that the EU could be complicit in crimes against humanity, based on its previous positive track record, and stated that there were no simple solutions in Libya.

In terms of solutions, the EU must act with urgency to maintain their positive humanitarian track record. In line with the UNHCR and IOM joint statement, returning those rescued on the Mediterranean to Libya is no longer an option. NGOs should be allowed to freely operate, and Member States must live up to their legal responsibilities.

The only way forward for Libyan cooperation is to resolve the ongoing conflict in a political settlement, and that requires taking search and rescue back into European hands until such point as the Libyan authorities have the capacity to fully meet international human rights standards. For the EU, the priority focus must not be curtailing migration flows, but healing its internal divisions to build sustainable migration and foreign policies that allow for unified, effective action and respect for international obligations.