Disappointment in North Macedonia, which had hoped that its historic agreement with Greece and the friendship treaty with Bulgaria would be rewarded with EU accession talks. 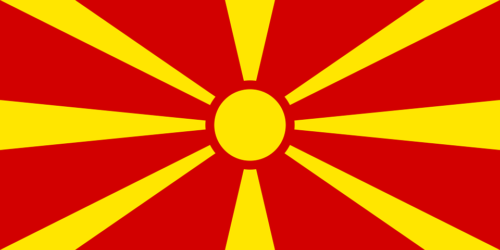 North Macedonia made a key, meaningful advance towards EU accession by resolving a 27-year-long dispute with Greece over its name. The “Prespa” agreement of June 2018 opened a path to NATO and EU membership talks, which had previously been blocked by Greece.

The Western Balkans expected to get the green light to progress their accession ambitions from the EU in June 2019. In reality, the Council of the European Union decided to postpone the decision on opening accession talks with Albania and North Macedonia. Instead, they decided to reassess the matter in October, with no guarantees. The two aspiring nations may find this a bitter pill to swallow, having been promised accession talks in exchange for undertaking reforms.

The leadership in North Macedonia currently possesses a slim majority in parliament, comprised of both Macedonian and Albanian political parties. One third of North Macedonia’s population belongs to the Albanian minority. The coalition, led by Prime Minister Zoran Zaev of the Social-Democratic Union, was instrumental in achieving and was able to convince Macedonian citizens of the potential benefits that come with integration. To resolve the name dispute with Greece, Skopje agreed to change the country’s constitution, including the country’s name, despite polls and an invalid referendum reflecting a divided society on the issue.

As well as the historic Prespa agreement with Greece, North Macedonia also signed a friendship treaty with neighbouring Bulgaria in 2017.

Nikolaos Tzifakis, an Associate Professor of International Relations at the University of the Peloponnese, warned that the credibility of EU accession conditionality would be “seriously undermined” if the Council delayed its decision until October. He added that it would “also weaken the legitimacy of Zaev’s coalition government in Skopje that has undertaken considerable political cost with the implementation of the Prespa Agreement.”

External actors in the region like Russia, China, and Turkey could benefit from the political atmosphere and the inaction of the Council to start the accession talks. China, for example, has already begun to implement the ‘Balkan Silk Road’ plan and is currently developing projects in Serbia, Montenegro, Greece, and potentially North Macedonia. The plan involves developing ports, roads, railways and other transportation infrastructure in the region, from loans that state owned Chinese banks offer to governments, and carried out largely by Chinese construction companies that seek opportunities to expand into European markets.

In North Macedonia, China is interested in constructing the Kicevo-Ohrid and the Miladinovci-Stip motorways.

In the absence of A bold attempt to engage with the countries in the Western-Balkans, the EU risks an increase in nationalist sentiments in the region. In case the Council does not give a green light in October to start the accession talks, the pro-Western coalition government in North Macedonia could weaken, derailing the slight progress already made.

In the event of failure to maintain the possibility of the region’s eventual EU integration, two other Western-Balkan countries that are now awaiting their candidate status might also become politically unstable. Namely, Kosovo and Bosnia-Herzegovina, which both saw bloody civil wars in the 90s. This would also send a negative message to the other countries that already started the accession negotiations, Montenegro and Serbia (not to mention the already alienated Turkey).

Written by: Flamur Gruda at the Centre for European Progression