Is Turkey stuck in the EU’s Friend-Zone?

On Tuesday evening at a two-hour long press conference on EU-Turkey relations, Federica Mogherini, the EU’s High Representative and head of Foreign Affairs, firmly declared that: “Turkey clearly is and stays a candidate country” quashing rumours of the formal termination or freezing of accession talks.

But is this really the case?

Mogherini went on to express her deep concerns over certain “worrying patterns” in Turkey, including the imprisonment of journalists and weakening of rule of law. She maintained that the current conditions in Turkey do not allow for any advancement in the opening of further chapters. Johannes Hahn, Commissioner of DG NEAR, reaffirmed Mogherini’s concerns and that the accession negotiations will not be advancing for the time being.

This attitude of “accession limbo” has become the status quo for EU-Turkey relations, especially since the escalating actions of President Erdogan following last year’s coup attempt. But is this a temporary dead-lock or simply a more overt showing of ever-present lukewarm feelings between Turkey and the EU?

The EU has always been touch and go on their relationship with Turkey, often seemingly reluctant to even consider them as a candidate country. Understandably, this has caused some resentment in Turkey. Though public opinion suggests Turkish citizens are still interested in joining the bloc, they are logically jaded by the hesitancy of the EU to allow them membership or even make meaningful progress in negotiations towards accession. Turkey has been attempting to join the EU since the 1970’s and were not given formal candidate status until 2005. They have watched multiple member-states both begin and complete accession in the time it has taken for Turkey to open only 16 of 35 chapters of the acquis communautaire.

So, let’s just go ahead and ask the burning question. Is the EU leading Turkey on? 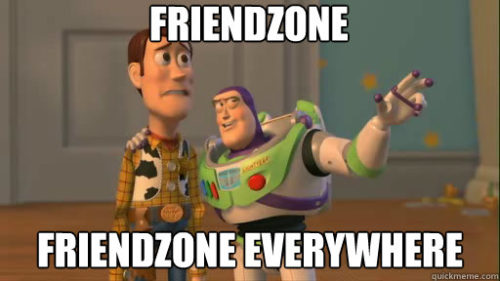 At this stage of complete standstill in negotiations and ever-diverging political ideologies, it seems almost mean to suggest to the citizens of the EU and of Turkey that accession is truly still in the works. This is not a post to say that Turkey should not join the EU or whether they are better of in/out of the bloc, but merely that there may need to be a change in the dialogue surrounding this precarious relationship.

Meaningful and constructive conversations and negotiations must be grounded in a framework of truth and reality. Right now, the reality is that despite what the European and Turkish officials announce at a press-conference, accession is not coming anytime soon. Though I deeply respect Federica Mogherini, I do not think anyone is fooled by her comment that Turkey has always been a candidate and remains one still. Turkey has consistently over the past decade been treated differently than other candidate states and often not even as a candidate state at all but more as just a strategic partner.

To complicate this mess further, now everyone’s hands are tied thanks to the morally questionable EU-Turkey Refugee Statement. The statement is an agreement that Turkey will act as a pseudo “EU waiting room” by receiving funds from the EU to hold asylum seekers until they are processed and either relocated to Europe or their claims are rejected. The funds are meant to aid in providing infrastructure and support for the elevated refugee population. Turkey has more than 3.4 million refugees within its borders currently. It can, and has, threatened to pull out of the deal and is attempting to use its position of power in the Refugee Statement as a bargaining chip in visa-liberalization.

With all these complex moving parts and Europe facing a plethora of crises – accession is just not in the works for anyone, let alone Turkey, at least until things calm down.

So tell us your thoughts, will Turkey ever get out of the EU’s equivalent of the infamous “Friend-Zone”? Tweet us @CfEP_