UK’s Brexit negotiation team gets bashed as being sexist

A new debate is starting to bubble in the common Brexit discourse around Europe, it’s not about citizens’ rights or the single market as per usual; this time – it’s about gender.

The Labour Party of the UK recently penned a letter signed by 56 female MPs that urges British Prime Minister Theresa May, leader of the Conservative Party, to review the gender balance of her Brexit negotiating team.

“While women form 51% of the UK population, 32% of parliament, 50% of the shadow cabinet and 22% of your current cabinet, women form only 11% of the UK’s EU negotiating team – one out of nine. Our European counterparts, on the other hand, have women in nearly half of their team’s positions,” they write.

What do the numbers really mean?

So, there are the statistics, but numbers alone can’t tell a full story. Before we all fall out of our chairs and start screaming “dismantle the patriarchy!” let us discuss further in detail the effects that gender really does make in negotiations.

There is no arguing that gender equality should always remain a factor in all political advances, but we have to straddle a fine line between maintaining gender balance, and falling into “tokenism”, meaning to only include women on a negotiating team merely as placeholders to meet a quota. When we get to the point of tokenism, it only aggravates gender inequalities instead of mending them. 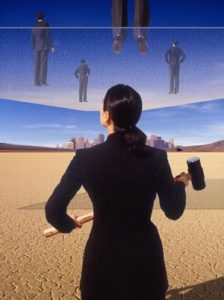 With May’s Brexit team, those who are defending the current gender balance are arguing that the gender of the negotiators is irrelevant and that those on the team are simply the best person for the job.This notion of meritocracy or technocracy is rather common in the EU, and in its true sense, is not an issue. Where things do become problematic, however, is when we look at why out of 32.2 million women in the UK, so few would be deemed competent enough to reach the highest echelon of bureaucratic positions. This is especially concerning when we consider that women actually make up a majority in lower level civil servant positions and rapidly thin out as they reach the more executive and powerful positions.

This lack of women at the top tiers of business and politics can be attributed to a few different factors, for example the longer and less flexible working hours demanded by higher level positions often discourage women from being chosen or opting to apply as they are assumed to have a heavier domestic responsibility burden.

Negotiations and Gender : Variety is the Spice of Life

Gender equality and how to approach it in the workplace is a sticky conversation – so let’s turn this debate on its head and approach it from a more utilitarian angle. Does a gender balanced team lead to a better Brexit deal?

As a 20-something year old charged with answering a difficult question, I did what all wise young professionals would do – I called my mom, Amanda Cooper, who also happens to be a female negotiator in mergers and acquisitions in Canada. Here’s what she said:

“A negotiation, often people look at that as the ending of something – but just as often it’s the beginning of something – and there’s a difference when you’re going to have an ongoing relationship” said Amanda Cooper, mother and negotiating extraordinaire. “A diverse team is a stronger team and has a much higher chance of a better outcome, and that would include women of course.”

She went on to explain that yes, successful female negotiators tend to negotiate differently than men, but more importantly, people negotiate differently with women on the other side of the table. And as per usual, she’s right. Mother knows best rings true here as studies actually back her up on this. It has been found that men tend to start at more extreme ends of the spectrum when negotiating with each other but tend to be more reasonable when a woman is involved. If anything, when a woman is involved there’s a tendency to overly compromise, which in a deadlocked Brexit doesn’t sound like the worst scenario.

Diversity in general is necessary to having a successful and comprehensive deal. Though endlessly intelligent and insightful, my mom is not the first person to point this out. Weeks before this now famous letter was penned, the Guardian’s Tania Branigan wrote her own piece eloquently lambasting the UK for their lack of both gender, racial, and age diversity.

This should be all common sense. Humans are inherently self-interested and are more inclined to consider their own struggles and positions first. Sure, many old white men have championed causes external to their own issues, but the fact is, it’s both less accurate and less likely to be brought up if someone from the affected group is not present. 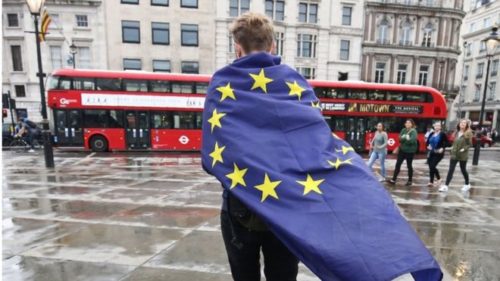 Brexit will affect all 65 million people in the UK, but is being negotiated by those who represent a very small minority. It is reasonable for women and minority groups alike to be concerned that their interests will not be represented and that their needs will not be met.

On this argument, I have to side with the Labour Party in their concerns. But I do not agree that it’s as simple as throwing a couple more female bodies on the negotiating team. This is a symptom of an issue much bigger than Brexit. This comes down to the way that certain groups are systematically disadvantaged by societal norms.

We can (almost) all agree that Brexit is going to suck for just about everyone involved to one extent or another. By including varied perspectives in the negotiations, however, we can at least keep the sucking to a minimum and not let it overly dump on one group. So protest on women of the Labour Party, but remember that you’re not the only ones being left out in the cold on these talks. Youth, disabled people, and ethnic minorities all have unique concerns and will be affected differently by Brexit. Representing such a diverse group is obviously difficult for any one team of negotiators, but we can only hope the agreement reached by the EU and the UK is one that accounts for all their citizens.