One year later: lessons learned and the way forward 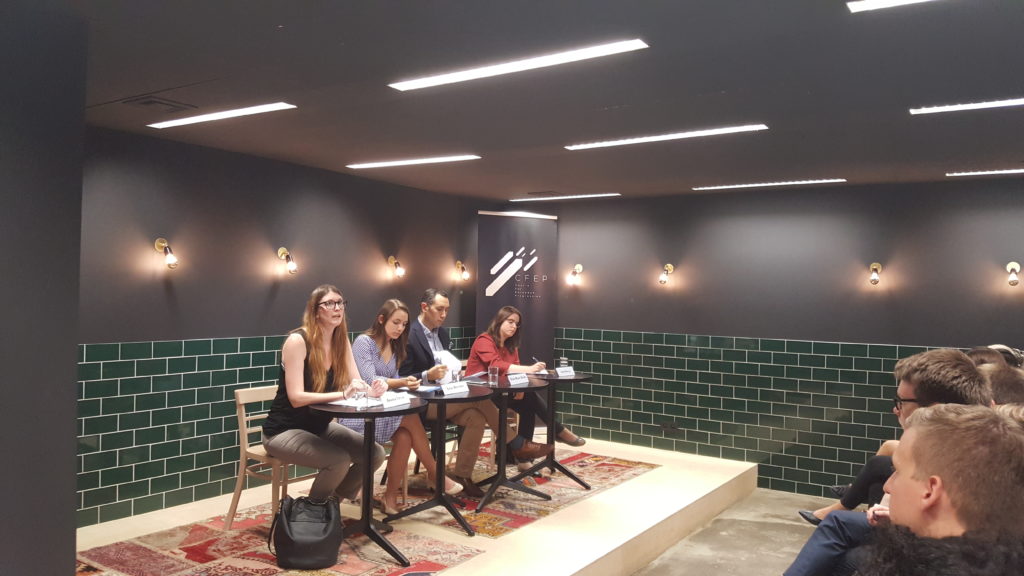 Amanda Taylor (EDAL Coordinator, ECRE) started her speech by clarifying that she would be speaking about the statement from a legal perspective and explained the general purpose of the statement as being a migration control tool that relies on the principle of deterrence. It is not judicially reviewable as it was pushed outside the scope of EU competence. Taylor noted that the EU-Turkey Statement has created a de facto divide in Greece due to the fast track procedure.

Taylor explained that this expedited process undermines procedural rights due to their shortened length, and involves a clear distinction of treatment of different nationalities that causes ethnic divide and tension amongst asylum seekers. Taylor critiqued the EU council’s recommendation to expand hotspot processing to vulnerable groups and family reunification asylum seekers. This need for efficiency puts such a burden on the Greek authorities that vulnerability is rendered devoid and that inadmissibility decisions are given out often without reason and in a generic format that doesn’t take account of the individual’s specific profile.

Taylor also listed blanket detention in the hotspot as an issue – the statement creates mandatory detention for all new arrivals, including children and disabled persons. Taylor cited others as deeming conditions of hotspots as inhumane and possibly even breaching right to life. Many people are becoming trapped in hotspots according to Human Rights Watch. The hotspots go against the European Convention on Human Rights because of proportionality, detention not being used as last measure, and lack of consideration for individual circumstances.

Taylor then listed some facts to help frame the rest of the debate. She noted that the drop of numbers in arrivals came before the statement, and that other numbers have gone up elsewhere, notably in Italy. Impact of the statement in terms of reducing deaths and numbers of migrants is having an unwanted effect of merely redirecting routes and trapping people in third-countries or hotspots. Solidarity supposedly accompanying statement is minimal and places human rights at a premium, and endangers the core values of ECHR and EU. It also carves out a derogation to article 3, the prohibition to inhumane treatment, which is in effect regardless of emergency. Taylor concluded by stating that “you simply cannot sacrifice fundamental rights on the altar of administrative convenience.” 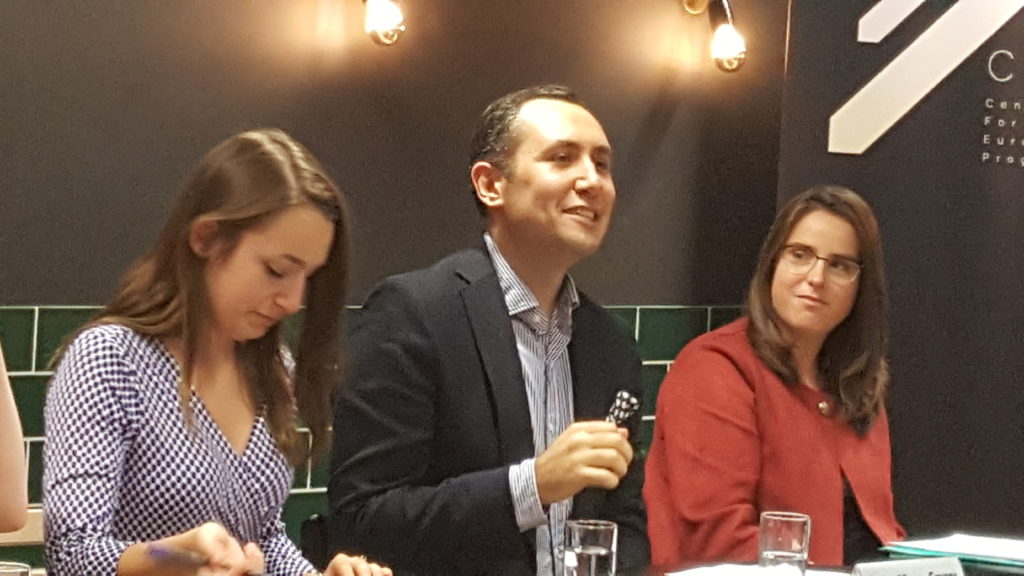 Next is the turn of Dr. Demir Murat Seyrek, who starts by introducing the scope of his speech, in which he will give two different sides of the argument: the first being from a more political and EU perspective while the other on the political consequences in dealing with Turkey, which is becoming increasingly difficult.

Having said that, he starts off by stating that he perfectly understands human rights concerns and that of course we shouldn’t deny international law, our standards and values and that, as the previous speaker rightly mentioned, the most fundamental right is the right to life.

He continues by recalling a few numbers from the hot years of the crisis on the route from Turkey to Greece. Only in 2015, he said, about 1200 people lost their life in the Aegean Sea, while in the Mediterranean as a whole it was around 2500. In contrast, since the deal, the

number of fatalities plus missing persons lowered to 105. Even though some people are claiming that in the entire Mediterranean Sea there is no change in numbers of deaths, the fact is that the deal only concerned the route from Turkey to Greece, hence the number for the Mediterranean Sea as a whole can’t help in analysing the effectiveness of the deal itself.

Furthermore, in terms of numbers of arrivals on Greek shores, the numbers dropped from around 1700 to 52 per day. He also noticed that even if it’s true that the numbers were declining already, it’s important to notice that in the 6 months prior to the deal, Turkey was already committed to certain actions to limit the number of arrivals, especially in terms of border control.

The panelist then went on to talk about the security side of the argument, which is very important because even if it’s clear that refugees are not terrorists, it’s also true that terrorists are very good at disguising themselves as refugees. It is particularly easy to acquire a Syrian passport and claim to be fleeing war, so much so that even foreign fighters have been known to use one of those fake passports instead of their European one, to pass under the radar of the authorities.

Another key issue is the use of EU money in dealing with the refugees. It is in fact true that the EU allocated three billion Euros to the deal, but it is also true that only a part of those have been used while the rest is still pending approval. This happens because Brussels doesn’t give this money directly to Turkey but instead treats these funds as any other civil society call it gets from member states, which are subjected to a very long bureaucratic procedure that can last up to 2 or 3 years, which is incompatible with the current emergency status of the situation.

The speaker continues by arguing that this deal has given President Recep Tayyip Erdoğan an incredible amount of leverage against the EU which has been regularly abused by the Turkish Government, especially during politically sensitive moments in Turkey, like for example during the constitutional reform referendum. Dr. Seyrek equally noted the hypocrisy of European attitudes towards Turkey. Merkel, for example, never visited Turkey until 2015 when she met with the Turkish President and Prime Minister over 20 times. Similarly, MEPs praised the AKP as a beacon of democracy and fought over which EP party it would belong to – only to later condemn it.

In conclusion, he talks about how to deal with a difficult partner such as Turkey. It is the opinion of the speaker that Turkey is a tough nut to crack but not a lost cause. He argues that the recent referendum changed the mentality of the general population and emboldened what he now calls “opposition reloaded”, which regained confidence and is organizing a protest, a walk called “The March of Justice” that started in Ankara and finished in Istanbul with a huge rally, calling for democratic freedoms to be preserved. In this perspective, Dr. Seyrek is very critical of the de facto freezing of the accession talks because they send the wrong signal to those who are still fighting and struggling for democracy in the country and, furthermore, offers a piece of advice on how to deal with the current situation. In his opinion the most effective way to reinforce the democratic oppositions would be to allocate funds to Turkish civil society or to journalists, who lost their jobs (but weren’t imprisoned) and that are trying to find alternative way to inform the public. Even relatively small sums in the order of a few thousand Euros could make a difference in this very delicate scenario and he hopes both the political will and the bureaucracy will be better equipped in the near future to achieve just that. 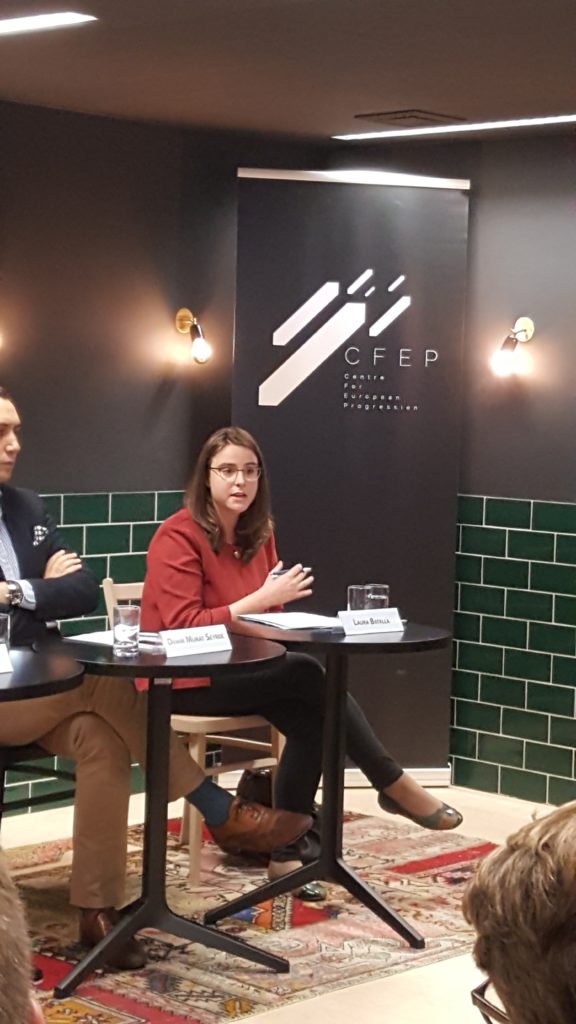 Last but not least, Laura Batalla takes the floor. She is the Secretary General of the European Parliament Turkey Forum, a high-level platform that represents nearly 60 MEPs from various political groups. Speaking on her behalf only, Batalla argues that the purpose of the panel is not to position ourselves in favor or against the EU-Turkey deal, but her position would be somewhere in between.

Turkey has been hosting refugees since the beginning of the Syrian civil war in 2011. Batalla thinks that we should praise Turkey for its humanitarian approach even if it is difficult for the Syrian refugees to settle in Turkey, and they do not have a chance to return home for the time being. One of the reasons why no more refugees are coming to Europe is that they cannot enter Turkey anymore, due to the 700-km long wall along the border with Syria.

One of the main challenges the Turkish government is facing, has to do with the fact that only 10 % of the refugees in Turkey are in refugee camps, while the majority of them live in

urban settings, and nearly half million is in Istanbul. The Turkish government has been doing a lot to take care of them, but it is failing to integrate them so far. For instance, they approved a law granting working permit for Syrian refugees but the implementation has not been ideal. Only 13.000 of Syrian refugees, representing 0,5 percent of the total number residing in Turkey, works legally. While around 600 000 refugee children out of 1 million in total were out of school last year, this figure has dropped to 400.000 nowadays.

Since mid-2015, Turkey has faced significant challenges. There have been over 30 terrorist attacks, a coup attempt, while the rule of law and human rights record has deteriorated.

In October 2015, German Chancellor Angela Merkel promised to reenergize the EU accession process by opening new chapters and lifting the visa requirements (Turkey is the only candidate country that hasn’t been granted visa liberalization). This point was reaffirmed by the EU-Turkey deal in March 2016. But now, the European Parliament has decided to formally suspend negotiations with Turkey if the constitutional amendments are implemented unchanged.

If the negotiations are officially suspended, they can only be restarted by unanimity of the Council, explains Batalla. Once suspended, negotiations will never be relaunched again, given that one country alone can block the whole process. Since the start of accession negotiations in 2005, 18 out of 35 negotiation chapters have been blocked. Had those chapters been opened, we might have seen an improvement in the political situation in Turkey, says the expert.

However, Batalla thinks that the accession talks will not be formally suspended, because the EP’s opinion is not binding and the Member States do not support this decision now. If the EU were to suspend the negotiations, Turkey could call off the EU-Turkey deal on migration adding pressure on the EU Member States after having failed to show solidarity in relocating refugees. Suspending negotiations would also not be fair for the Turkish people either, because nearly 50 % of the population said no to the constitutional amendments.

Batalla points out that it is a very idealistic to believe that the accession talks with Turkey will lead to a full membership in the EU one day. However, it is still the best incentive for the democratization of the country. The expert concludes that the only solution would be to abandon the EU’s pragmatic approach to only cooperate with Turkey in areas of shared interest, like migration or trade. She thinks it is crucial to place the human rights approach at the heart of talks with Turkey because it is the interest of both sides to have a more democratic Turkey. 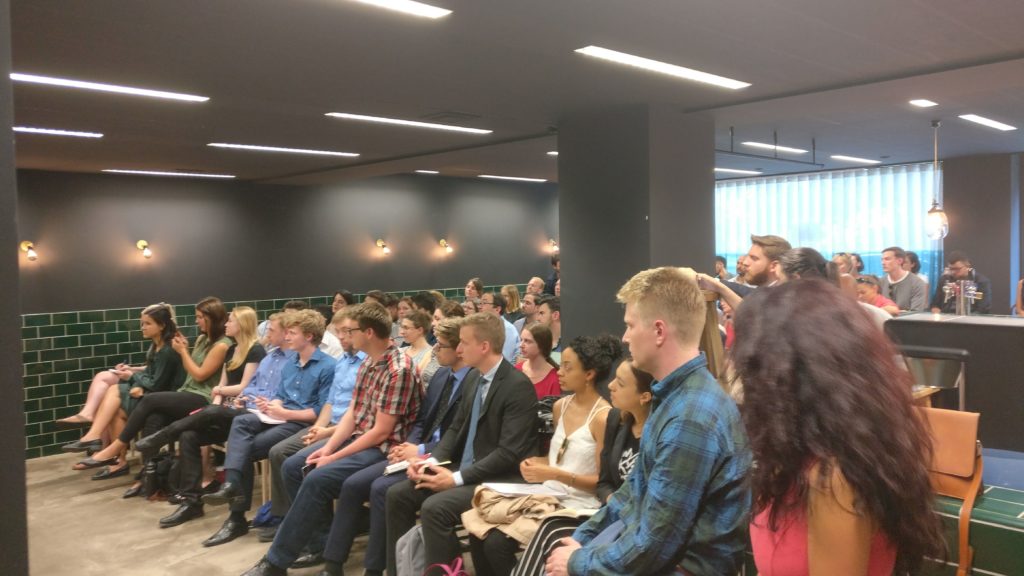 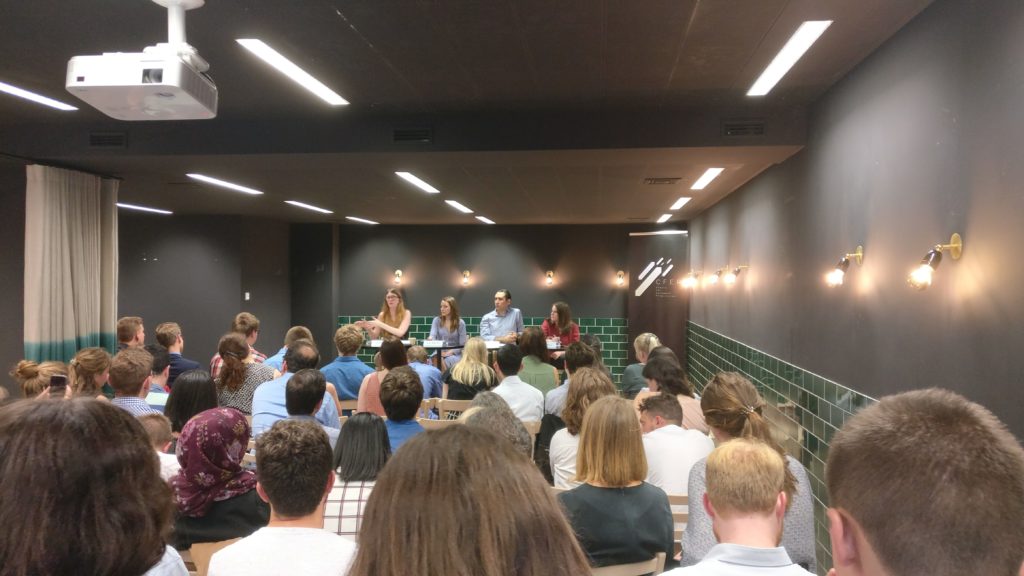