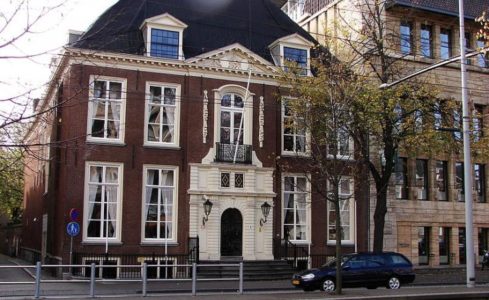 Will the Netherlands break Belgium’s record of being without a government?

Four months after the parliamentary elections, the Netherlands still doesn’t have a government. At the beginning of this week, party leaders from VVD, CDA, D66 and ChristenUnie reunited in a new place, hoping that The Hague-based Johan de Witthuis will bring them some new inspiration. The week is about to end soon, but apparently, the national monument built in 1655 haven’t brought them the appetite for compromise.

The elections in March were seen by many as a fight between anti-European populism and Pro-Europe, where the future of Europe was at stake. The results were promising because Mark Rutte from the Liberal and Democratic Popular Party (VolkspartijvoorVrijheid in Democratie / VVD) won against Geert Wilders for the extreme right party “Party for Freedom” (Partijvoor deVrijheid / PVV).

The Pro-European forces might have won the battle, but not the war.  Thereal struggle just started the day after since the Dutch electoral system functions according to idea of proportional representation. Seats are distributed at the national level between the lists, or the groups of lists representing at least 0.67% of the votes cast at the national level. The proportional system obliges politicians to negotiate with all the parties; the value of your vote is proportional to their result of the elections. To advance the negotiations, the parties form a coalition in order to have more weight against the opposition during the negotiation.After the formation of the cabinet, the representatives can decide to give their confidence to the coalition or not.

And it is precisely at thisstage that the negotiations for the formation of a government are taken into account. Negotiations can take time, a lot of time. Like in the case of Belgium’s similar political system, which did not form a government for 541 days.

In the case of the Netherlands, four monthsare not so bad, but not that good either. Despite the inspiring spirit of the 17th century statesman Johan de Witt, parties haven’t managed to agree.

Naturally, a coalition is not simple, especially when faced with totally different ideas,and this can create barriers to the progress of negotiations.The case of the Netherlands speaks for itself. Janene Pieters, a Dutch journalist, writes for the Times NL:

“The VVD and CDA again firmly stated that they will not work with anti-Islam party PVV and its leader Geert Wilders. Formation negotiator Herman TjeenkWillink asked VVD leader Mark Rutte and CDA leader SybrandBuma to put in writing why they will not form a government with Wilders. They dismissed Wilders as untrustworthy and “increasingly radical”, the Volkskrant reports”

“Over the past years Wilders hardened in his rejection of the liberal core values of our country”, Rutte wrote. As long as the PVV continues to “shame and insult” population groups, call the Tweede Kamer a “fake parliament”, “undermine the judiciary” and “refuse to take responsibility”, Wilders can not rule, according to the VVD leader. “To establish a stable government, mutual trust is indispensable and that is lacking.”“

Got lost? It’s not a surprise. But it can get even more complicated, as the The Times NL reports:

“Between the four parties, the D66 and ChristenUnie have the biggest differences in viewpoints on a number of topics, especially concerning medical ethics. The D66 supports, for example, assisted suicide at the end of a complete life, embryo examination and abortion, while the ChristenUnie is against. “I stay alert”, Pechtold said. “The differences are great. There are difficult conversations.”

Will the Netherlands break its neighbor’s record of survival without a government? Only the future can tell. We can only suggest the party leaders to inspire more from the life of Johan de Witt, who was ready to work together with various political groups from all the major cities in order to save his country.