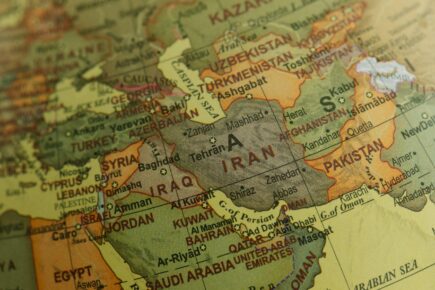 Although the progress made in the “EU Common Foreign and Security Policy” addresses some issues in terms of regional security, developments in the outside world raise critical security and geopolitical issues that directly affect the EU. With the Ukraine crisis, two EU member countries – Sweden and Finland – attempted to join NATO, causing the “self-reliance” capabilities of the EU in the axis of security and defense to begin to be questioned. Moreover, the situation has created a dilemma regarding strategic autonomy, which is considered the  “ability to act alone” when necessary in the interest of security and defense of the EU.

The Foreign Affairs Council first used the concept of strategic autonomy in 2013. Strategic  autonomy was transformed into a broader objective by the EU global strategy (EUGS) in November  2014, which was put forward to combat the domestic and international crises that  weakened the EU’s self-confidence. The most basic meaning of this is the EU’s intention to  develop independent policies on defense and security issues; in other words, it signaled the end of a time when they could fully trust others and the need for Europeans to take their fate into their own hands truly. Notably, US policies that put Europe in a difficult position also made it possible for decision-making structures to test their ability to protect themselves autonomously.

One of the tests for the EU’s strategic autonomy has been Iran’s nuclear issue, which has been kept  on the agenda of the EU. Considering a fundamental security issue such as the proliferation of  nuclear weapons, the European Union removed Iran’s nuclear issue from the narrow field of the US Iranian rivalry with its diplomatic initiatives and signed the Joint Comprehensive Plan of Action  (JCPOA) in 2015. On 14 July 2015, Iran agreed to limit its sensitive nuclear activities and allowed  the International Atomic Energy Agency (IAEA) to monitor its implementation to lift the crippling  economic sanctions related to its nuclear program. In parallel with these developments, the UNSC  adopted resolution 2231, which unanimously endorsed the JCPOA on July 20, 2015. Mutual fulfillment of the commitments made for Iran was to maintain core capacities for civilian nuclear  reactors, including the local production of uranium-based fuel and the sensitive uranium enrichment  step, while simultaneously removing the crippling international financial sanctions imposed on the  country since 2006. From January 2016 to May 2018, the IAEA and the US government repeatedly  confirmed Iran’s compliance with its commitments under the JCPOA. However, on May 8, 2018,  the US announced that it withdrew from the P5+1 agreement. Iran’s nuclear issue took a severe  blow with Trump’s withdrawal from the JCPOA, which he criticized as “the worst deal ever.”

The new dilemma of the EU’s interest and autonomy on security issues has emerged with the  withdrawal of the US from the JCPOA in 2018. It also has revealed the inadequate ability of the EU  to shape matters and manage transatlantic relations. After the US withdrawal, the EU preferred to  continue its ties with Iran to protect the deal, especially in the economic dimension. This effort meant that Iran would not formally abandon the agreement until the US strategy or its president  changed. [Ricardo Alcaro, “Europe’s Defence of the Iran Nuclear Deal: Less than a Success, More than a Failure,” The International Spectator, 2021, 56:1, p.62, Sacha Lohmann, European Strategic Autonomy: The Test Case of  Iran, European Review of International Studies, 2021, pp.443-447.] Similarly, the president at the time of Iran, Hassan Rouhani, stated that as long as the  P4+1 countries remained in the agreement, Iran would abide by the conditions and fulfill its  commitments. Following the US decision to cease oil sanctions exemptions on May 8, 2019, Tehran  would gradually lessen its compliance with the deal’s provisions, using a “less-for-less” strategy.

The JCPOA, which was tried to be sustained with P4+1, could not create the desired effect without  the US, despite the strong rhetoric, alternative routes, and diplomatic traffic offered. A year after  Trump’s decision to withdraw from the agreement and impose sanctions on Iran, the Islamic  Republic retaliated by gradually waiving most of the critical nuclear commitments it had accepted  under the contract. Iran increased its uranium enrichment level from 5 percent to 60 percent in this context, primarily by increasing its uranium stocks. The discourse of Iran has also changed from  “strategic patience” to “maximum resistance” to struggle with economic sanctions.

The EU’s desire to “return to the negotiating table” was clear, given that Iran has turned time into an  advantage to return to negotiations. Thus, four months after the Vienna talks in July 2021, the EU political director and EU’s coordinator for Nuclear Talks Enrique Mora visited Tehran on 14  October 2021 and held various meetings. On the other hand, EU Commission Vice-President Josep  Borrell said on 15 October that Iran’s new government has enough time to examine the file and  instruct the negotiation team, emphasizing that the time has passed. However, the negotiations in  Vienna, where the parties continued for more than eight rounds for a possible agreement, did not  yield any results.

For the EU, the Iran nuclear issue remains on its hot agenda. Following the May visit of the EU’s  coordinator for nuclear negotiations with Iran, Enrique Mora, on 24-25 June 2022, Borrell visited  Iran as part of ongoing efforts to implement the JCPOA fully. Acting as the coordinator of the  JCPOA, Borrell held meetings with Foreign Minister Hossein Amir-Abdollahian and other relevant  Iranian counterparts and decided to take new steps on the nuclear issue. The EU’s coordinator for  nuclear talks with Iran, Enrique Mora, made a similar visit, emphasizing the priority of the nuclear  issue. France, a strong advocate of strategic autonomy, said, “We are ready to conclude this deal,  and we urge Iran to take advantage of this diplomatic opportunity to conclude it now, while it  remains possible.”

In conclusion, the developments experienced with the withdrawal of the US from the nuclear  agreement in 2018 show that a plan B is always necessary against the changes in the domestic and  foreign policy of the traditional alliances of the EU. However, the EU, which wanted to take its fate  into its own hands, believed the agreement could be sustained. In this context, the EU tried to take  control of the deal, but Iran’s desire to see the US as a party in the agreement and the sanctions  imposed by the US limited Europe’s ability to act autonomously. While the Ukraine crisis and the  emerging energy supply problems may turn Iran into an alternative energy route, the agreement’s  failure to conclude further deepens the security-based problems just as Iran has begun removing 27  surveillance cameras from nuclear sites.

In June, the Center on the United States and Europe at Brookings hosted the 17th annual Raymond Aron Lecture. The session featured Thomas Gomart, director of the French Institute of International Relations in Paris, and Brookings Senior Fellow Fiona Hill, who served...