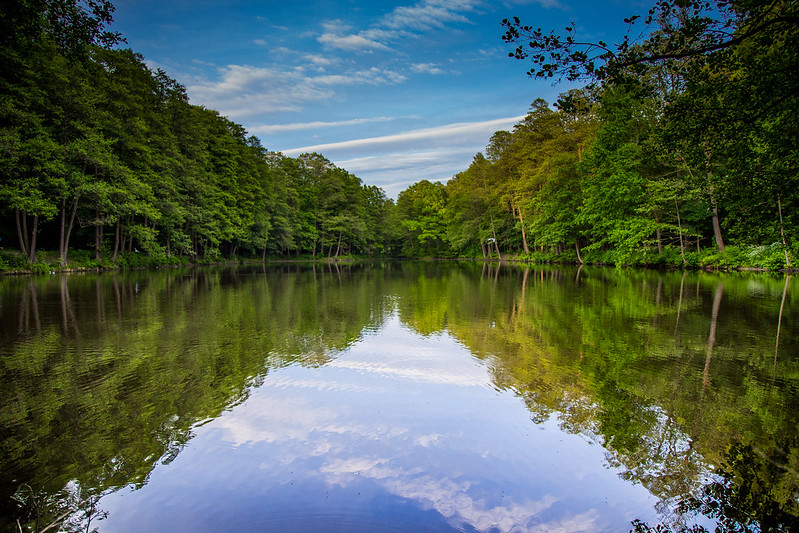 In the first Strasbourg plenary session of June, the time has come to implement the European Climate Law and discuss eight of the thirteen proposals of the Fit for 55 Package the Commission officially presented almost a year ago. This set of legislative proposals is the most ambitious effort that the EU has ever made to fight climate change, with the aim to become the global leader of the green transition and the first climate-neutral continent by 2050: in order to achieve this goal, EP groups are called to adopt these policies designed to cut net greenhouses gas emission at least by 55% by 2030 compared to the levels recorded in 1990.

The first big change would be the revision of the EU Emission Trading System (ETS), initially created to comply with the targets of the Kyoto Protocol. Today, the ETS is one of the key measures in reducing CO2 emissions in Europe. Simply put, it works as a European carbon market where there is a limit or cap on greenhouse gas emitted each year and an emission allowances trade permitting some industries to buy allowances and cover their emissions, and at the same time other entities to keep the allowances to cover future costs or to sell them to other industries in need of emission allowances. Today, this system applies to power stations, energy-intensive industries and aviation within the EU, and by reducing the overall cap every year, it has been able to reach a reduction of 42.8% emissions of these power and energy-intensive sectors from 2005. Considering its success, the Commission plan is not only to increase the ambition to a 61% overall reduction by 2030 of the sectors mentioned above, but also to expand the rules for aviation and to include maritime shipping; simultaneously, the proposal includes a second separate ETS regarding buildings and road transport with a reduction goal of 43% CO2 cut by 2030.

To deal with social impact on consumers and economic effects on sectors concerned, in addition to increasing the money available from the Modernization and Innovation Funds, the Commission proposed to create a Social Climate Fund of approximately €72.2 billion between 2025 and 2032 providing support measures for the most vulnerable households, micro-enterprises and transport users, and for investments in energy efficiency of buildings, decarbonisation of heating and cooling of buildings, the integration of renewable energy, and access to zero and low emission mobility. Strictly related to the ETS, the Commission introduced completely new legislation imposing a carbon tax on some imports such as iron, steel, aluminum, electricity, fertilizers and cement following the ETS rules for carbon pricing, the so-called Carbon Border Adjustment Mechanism (CBAM). This system aims to avoid both the relocation of European carbon production outside the EU (“carbon leakage”) and to prevent that the domestic industries are disadvantaged in comparison with the cheaper imports from less climate ambitious countries, and accordingly it contributes concretely to global carbon reduction.

Another proposal of the Commission concerns the achievement of a broader emission reduction target from land use, land change and forestry: the Land Use, Land Use Change and Forestry Regulation (LULUCF) entered into force in 2018 requires that each Member State compensates carbon dioxide emissions through a climate friendly land use thus taking advantage of the natural ability of land and forestry to store carbon. The Commission’s ambition is removing at least 310 million tons of CO2 by 2030 in order to reach climate neutrality in the sector by 2035, including agriculture non-CO2 emissions and encouraging farmers and foresters through the simplification of rules and procedures. Equally relevant is the proposed revision of the CO2 emission standards for cars and vans regulation considering that the transport sector is responsible for the 25% of total carbon dioxide emissions in Europe (in detail, 71.7% from road transport). Hence, the high-flying target of a 55% reduction by 2030 and 100% by 2035 compared to 2021 levels seems the only way to meet the overall goal established by the European Climate Law in accordance with the Paris Agreement: on one hand, this provision implies no more cars and vans powered by burning fossil fuels, on the other it should stimulate innovation and the transition to electric transport.

However, despite the efforts in previous months of the ENVI Committee to draft an agreed and shared proposal, things didn’t turn out the way they were supposed to and the key reform of the carbon market was rejected and referred to the Committee together with the interconnected CBAM and the Social Climate Fund. What happened during the EP plenary session of 8th June? The root problem lied in the different ideas of how decarbonisation should be developed within the EU: the center-right wing worries for the impact of these new provisions on the industry taking into account the inflationary pressures and the ongoing energy crisis due to the Russian-Ukrainian conflict and pushes for a lower reduction and gradual green transition, while the center-left groups disapprove lower emissions cuts and starting dates postponed since a weaker ETS and CBAM provisions would prevent the EU from achieving the ambitious targets established in the European Climate Law. Concretely, the EPP backed by the far-right groups proposed to reduce the emissions of the existing ETS of 63 percent, but above all voted in favor of postponing the phase-out of free carbon permits for industries to 2034 instead of 2030: when these amendments passed, the S&D and the Greens decided not to vote in favour together with the far-right and the far-left because it would make the reform useless. The result was that all parties blamed each other for the failure: Peter Liese (EPP), leader of the final rejected report accused the centre-left to have failed to protect the climate and called shameful that they voted together with the extremists, while Jytte Guteland (S&D) and Michael Bloss (the Greens) denounced that the EPP supports the fossil fuel industry and makes bad climate deals with the far-right groups.

But it is not all bad news: notwithstanding the morning chaos, the review of the LULUCF regulation and the total ban on cars and vans powered by fossil combustion were approved in the afternoon as drafted by the Commission, and were happily welcomed by the ENVI Committee chair Pascal Canfin, the Greens and the S&D. This time, some EPP amendments on the lower target of 90% by 2035 or the inclusion of synthetic fuels (“e-fuels”) as well as the earlier 2030 deadline proposed by the Greens were rejected without affecting the positive outcome of the vote.

What is more, a new agreement on the reform of ETS was reached by EPP, S&D, Renew Europe and supported by the Greens the 14th June as promised by Pascal Confin two weeks ago: shortly, elimination of free carbon allowances was set between 2017 and 2032, emission reduction for entities of ETS was fixed at 63% by 2030, and the CBAM will apply from 2033. Therefore, these latest developments among EP groups offer hope and confidence that the Fit for 55 package will be implemented in its key elements by June, and the great climate objective of 55% emission reduction by 2030 will be a reality in Europe as it was boldly declared by the Commission almost one year ago.