Accession is a two-way street

Accession is a two-way street

What behaviourist B. F. Skinner can teach us about the EU’s Accession Procedures with Albania 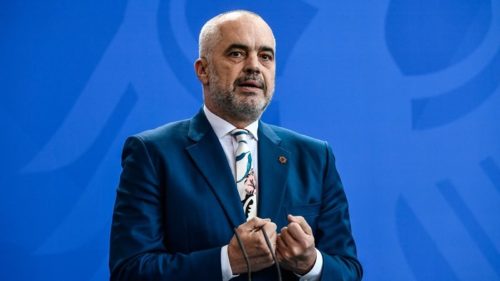 I can thank psychological theory for shaping my dog into an obedient animal: if he pees in the house, he gets a smack on the nose; if he pees outside, he gets a treat. As a result, he has learned to pee outside, rather than inside, with the understanding that he will be rewarded or punished for certain behaviors. This method of learning is called operant conditioning which was coined by behaviorist B. F. Skinner. The method connects the reoccurrence of particular behaviors with reinforcements through rewards or consequences. A reinforcement in the form of rewards, also called “positive reinforcers”, are favorable outcomes that can strengthen or increase the reoccurrence of a behavior. Conversely, reinforcement in the form of punishments, also called “positive punishment”, are unfavorable outcomes that can decrease the reoccurrence of a behavior. This behavioral model can provide the EU with deeper considerations in moving forward with Albania’s accession negotiations.

Albania submitted a formal application for EU membership in 2009, with the European Commission declaring that Albania would have to fulfill particular requirements to fit membership criteria. Due to substantial improvements, Albania was provided candidate status in 2014. Albania continues to be monitored based on five major priorities, as noted by the 2018 Commission Report on Albania. The first is that Albania reforms its public administration by enhancing professionalism and decreasing politicization in its practices. The second priority is the reinforcement of an independent, efficient and accountable judiciary. The third priority is that Albania continues efforts in fighting corruption, including the establishment of a track record of proactive investigations, prosecutions, and convictions. The fourth priority is to continue fighting organized crime, including the establishment of a solid track record of proactive investigations, prosecutions, and convictions. The last priority is taking effective measures to reinforce the protection of human rights, including those of minorities such as the Roma, and implement anti-discrimination policies and property rights.

While Albania has displayed great strides, the opening of negotiations is likely to be vetoed by the Netherlands in the upcoming EU Summit, after the Dutch Parliament condemned such actions. The parties Democrats 66 (D66) and GroenLinks showed support for initiating accession talks with Albania and Macedonia due to clear trends in its improvements and prospects for fulfilling all requirements. However, a number of parliamentary factions, such as People’s Party for Freedom and Democracy (VVD), Christian Democratic Appeal (CDA), Christian Democrat (CU), Party for Freedom (PVV), Communist Party (SP), and 50Plus have voted against it, expressing concerns of continued corruption. CDA MEP Martijn Van Helvert expressed that “there is progress in Albania, for example, in reforming the judiciary. Judges are, for example screened. But of the 800 judges only ten have been tested. Then you cannot say: the country is ready for negotiations on accession.”

While there remains room for improvement, Albania’s political willpower in pursuing intractable judiciary reform has displayed a great level of commitment and should not go unnoticed. Some reforms include measures to reduce the influence of the parliament and executive on the judiciary; measures to increase the independence and effectiveness of the High Court, the Constitutional High Court, and the High Council of Justice and Prosecution system; measures to increase accountability of judges and prosecutors by setting up a new High Judicial Council, a High Prosecutorial Council, and a High Justice inspector; as well as measures to increase justice efficiency and access to justice. While some member-states have expressed concern with the prospect for corruption, it should be taken into consideration that these sort of judicial reforms can have a positive spillover effect to other key priorities, such as in the fight against corruption.

According to the report, there has been an increase in the number of corruption cases referred, as well as the number of cases sent to the court. First and second instance convictions for junior or middle-ranking officials has consistently increased, and the opening of cases against high-level state officials has also begun to increase. Although convictions of high-state officials are moving at a much slower pace, trust for the country’s rule of law is growing stronger and people are more willing to seek access to the courts when they otherwise would not have.

Unfortunately, despite these substantial reforms, the EU has failed to show any political commitment to Albania and this may lead to unfavorable results for the Union. Referring back to B. F. Skinner’s “operant conditioning” theory, “positive reinforcements” can help increase the reoccurrence of a particular behavior—in this case, further pursuing accession negotiations as a result of Albania’s reforms. But failing to reciprocate may act as a “positive punishment”, creating frustration, halting reform efforts, or worst case scenario, causing a back-track in reforms. This does not necessarily mean that Albania was only willing to make such changes in the case that EU membership was a possibility—further strengthening the idea that EU membership only dresses illiberal countries in democrats’ clothes.  But there are actors willing to fill the gap left by the EU’s lack of commitment to the country, and more particularly, the region. For example, Russia or Turkey, or even internal actors within the Balkans who would like to stop the progression of these reforms. Therefore, it is in the EU’s best interests to provide an unambiguous assurance that if Albania fulfills the conditions set for it, the EU will reciprocate as agreed.

For those who are worried that Albania has not completely fulfilled the criteria, opening negotiations does not necessarily mean explicitly determining an official date for accession. Rather, opening negotiations can show that the EU is now willing to take more steps towards determining an accession date, therefore acting as a “positive reinforcer” and influencing Albania to continue pursuing these reforms. This can set a precedent for the other Balkan states, who are moving at a slower pace, that greater reforms can lead to more favorable results. As well, if everything proves to be successful, the reforms made by Albania can act as a model for other Balkan states’ reform efforts.

Overall, achieving these sort of developments in the Western Balkans is not just in the interest of Balkan states to achieve membership in the EU, but also for the European Union to spread European values in the region. The integration of the Western Balkan states into the EU can allow for the development of their economies and societies, which will lead to long-term peace and prosperity. As Frederica Mogherini, High Representative of the EU’s Foreign Affairs, stated: “It is the first wave of integration in the European Union that goes back to the DNA of the history of the Union—peace and reconciliation. It is not just about economy, it is not just about security, it is not about spheres of influence, it is about bringing and consolidating peace and reconciliation in a region.”

Failing to show for its political commitments will not only harm its interests in the Western Balkans, but it will also harm its credibility by resembling a failure to collectively deliver on its promises. The Western Balkans, and particularly, Albania’s, consistent commitment to establishing membership can help lift up the Union at a time when euro-sceptic parties are on the rise—but the EU must give back. When asked about how Brexit affected Albania’s accession, Albania’s Prime Minister Edi Rama answered: “You know, when a person wants to get married, they don’t understand those who want to get a divorce.” Showing a desire for this sort of sentiment can help increase the reoccurrence of it, and as Mogherini expressed about Albania, “we need that kind of energy, this pro-European energy inside the Union exactly to remind ourselves what it is about.”