E-cigarettes: don’t throw the baby out with the bathwater

E-cigarettes: don’t throw the baby out with the bathwater 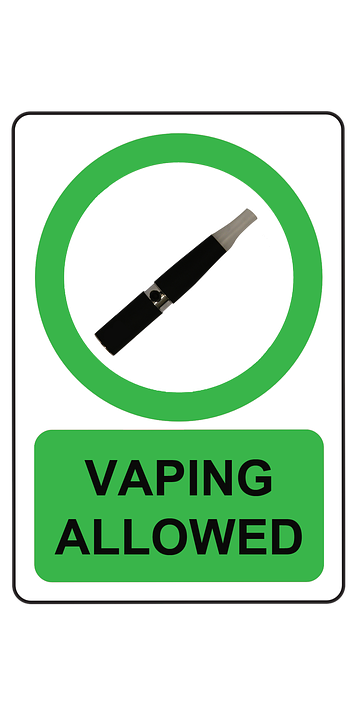 E-cigarettes have a strong role to play in public health; knee-jerk regulation could derail that progress

This week, US President Donald Trump announced a crackdown on flavoured vaping products such as e-cigarettes, in the light of recent lung conditions that the US Centres for Disease Control and Prevention (CDC) have referred to as ‘Vaping-Associated Lung Injury‘. Symptoms include shortness of breath, chest pains, trouble doing daily activities, coughing, fatigue, weight loss, fever, vomiting and diarrhoea, but not all patients experienced all those symptoms. The mechanism of infection remains unclear, but nearly all of the cases involved patients who used THC [the cannabis component responsible for the ‘high’ effect] in their vaping pens.

As such, the evidence we have appears to point to illicit vapes rather than standard, legal e-cigarettes. Some of them contain a thickening agent used to mislead consumers, vitamin E acetate, which has the potential to be harmful to the lungs. Banning perfectly legitimate flavoured vaping liquids will not resolve issues related to black-market products. On the contrary, it is a knee-jerk response designed to seem proactive.

That runs a serious risk of doing far more damage to public health in the long run. E-cigarettes have the potential to reduce tobacco-related harms. Ordinary cigarettes produce carcinogenic by-products when they burn, but e-cigarettes heat up a liquid containing nicotine to produce an aerosol. It is too early to say what long-term effects they have. They are not risk free, but they are clearly less risky than traditional cigarettes.

It is, therefore, beneficial for public health if smokers turn to vaping, even if they initially continue to use cigarettes in a gradual changeover. Flavours have a role in helping adults make that change. In a study of those using e-cigarettes to reduce or quit smoking, early adopters stated that the first-generation devices they used were less appealing and noted that the flavours gave e-cigarettes an advantage over nicotine patches, gums and sprays.

Harm reduction principles involve accepting that drug use is part of our world. Their main goal is risk mitigation, as opposed to eliminating drug usage.  Applied to e-cigarettes, this means valuing individual wellbeing over ending nicotine addiction. This is how the United Kingdom has chosen to respond to the rise of vaping: by recognising its public health potential.

The Nanny State Index, produced by the EPICENTER think tank network, includes an indicator on e-cigarette regulation at EU level. It is composed of four elements: product bans, taxation, advertising, and vaping bans. The EU’s Tobacco Products Directive has set out some legal requirements surrounding tank sizes, nicotine concentration, purity, packaging, cross-border advertising bans and monitoring and reporting requirements. This means that all Member States score a certain number of points on product regulation and advertising. However, there is substantial disparity between the Member States.

The UK, having chosen a harm reduction strategy, is the least restrictive country in the index. The worst offender is Hungary, which has gone to the opposite extreme: banning advertising, cross-border sales, and including vaping in public smoking bans unless medically prescribed (which is unlikely.) It also bans all e-cigarette flavours other than tobacco.

Proponents of such flavour bans suggest they are designed to prevent a ‘gateway’ effect, in which children and non-smokers take up vaping. The WHO suggested its members should ban fruit, candy, and alcohol flavours until it was proven they were not attractive to minors. Not only does this fail to take into account the potential opportunity cost of failing to incentivise adult smokers to switch, it is also not borne out by the few studies that have been done.

The UK, having the most liberal rules on e-cigarettes in the Nanny State Index, can be used as a case study. Action on Smoking and Health (ASH) carried out a survey in 2019, which allowed for comparison between the period before and after UK and EU regulations were introduced. They showed that the vast majority of 11-18 year olds either had not tried or did not know about e-cigarettes. Among those who had never smoked, 93.8% had never tried or were not aware of e-cigarettes. Only 0.1% of them vaped more than once a week.

In line with harm reduction principles, regular use was limited to current or ex-smokers. The flavours were a more important factor in trying vaping for current or ex-smokers than for never smokers, and all those groups most commonly tried them to find out what they were like. Of particular note was that this survey included 18 year olds because otherwise there would have been insufficient data for analysis – 90.4% of 11-15 year old respondents had never used or were unaware of e-cigarettes and 1.1% of them used e-cigarettes more than weekly. Other ASH data showed that in 2016, 2.7% of 11-15 year olds smoked more than one cigarette a week.

It is clear, therefore, that the UK’s openness to e-cigarettes has not led to widespread use by children and teenagers. On the contrary, usage numbers seem to align with the theory that it is mostly smokers who take up vaping.

Overall, e-cigarettes have the potential to revolutionise public health across Europe, if the regulatory environment allows for it. Beyond the basic, sensible measures on purity, monitoring, and consumer information that have already been taken, there is no need for additional knee-jerk regulation or taxation at Member State or EU level. To do so would run the risk of pushing smokers back to traditional cigarettes, which are known killers. Where the EU and its members can help is through conducting additional research to debunk myths, learn more about health impacts to help individuals make informed choices, and to develop evidence-based smoking cessation programmes involving e-cigarettes. The European Commission has requested a scientific opinion on these issues, and it should use that research to encourage its members to open themselves up to the full potential of this technological innovation.