Aiming for a successful EU Pact on Migration and Asylum 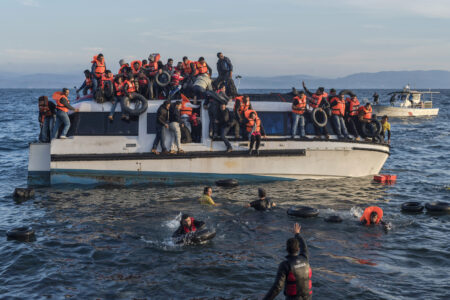 Migration has been a hot potato for the EU Member States’ politicians and for the EU itself. Since 2008, the numbers of asylum seekers in Europe have been massive, but the EU has been unable to manage the situation successfully due to old policies and due to discrepancies between the EU Member States’ responses to the highly politicized migration topic. With the rise of the corona virus epidemic, migration has been somehow put aside; however, it is still a phenomenon and will continue being one that the EU will have to deal with eventually.

In January, the European Commission’s (EC) new work program was published. Under the fifth priority – ‘Promoting our European Way of Life‘, the EC announced its plans to launch a New Pact on Asylum and Migration. President Von der Leyen in her State of the Union (SOTEU) speech announced that the delayed pact will be presented next week. As it has already been described, “the pact will acknowledge that internal and external aspects of migration are interconnected and will strive for more resilient, more humane and more effective migration and asylum system, which will also underpin confidence in the Schengen area of free movement”.

A range of leaked papers have showed that the EC’s plans  are but a renewed guide of responsibility sharing among the EU Member States. This is something that is indeed missing, but there is a wide agreement that the EU needs to be more ambitious. Especially after the latest incidents at the Moria camp in Greece, the EU Member States need to better share their responsibility, as Von der Leyen pledged today in her SOTEU speech.

The big migration flows have taught us a lesson about solidarity among the EU Member States, the EC President called upon in her speech. The EC, together with the German EU Presidency and its ability to influence Member States in this critical moment, need to urgently push for a harmonization in the responses of the Member States, especially the most reluctant ones’. Member States need to be persuaded that they should contribute to  the refugees’ and migrants’ relocations, prioritizing women and unaccompanied minors.

Furthermore, it is  important that the right to asylum is reinforced. The EC needs to put more pressure on EU Member States to fulfill their obligations under EU and International Law. All applicants for asylum need to be allowed and be assisted to have appropriate interviews with the relevant authorities, while also their right to appeal needs to be protected.  Coordination between the Member States’ national authorities needs to be enhanced, along with more transparency in the spending of the resources allocated to them.

The new policies need not simply be a reformulation of the European border externalization policy. The past years,  most EU policies have focused on migration control and returns to third countries instead of safe and legal pathways. As the European Policy Centre has suggested, the new agreement should “consolidate the interests the EU shares with its neighbors and live up to its rhetoric of building ‘a true partnership of equals’ with developing regions”. In addition, human rights risk assessments and developing risk mitigation strategies can be another way to protect the ones fleeing back to dangerous and conflict affected areas. As the Council of Europe has recommended, ‘this should be complemented by monitoring mechanisms and an effective system of redress. The possibility of public scrutiny of (planned) co-operation activities and their results is also a crucial element for improving human rights safeguards’.

The European Commission needs to live up to its promise to effectively protect the vulnerable and to act according to international law, especially in the context of the current pandemic which has both revealed and created more vulnerabilities and has added to the already  complex migration situation. Because, as the political guidelines of Ursula Von der Leyen read, ‘Europe will always honour our values and extend a helping hand to refugees fleeing persecution or conflict – it is our moral duty.’