Disinformation and the need for unity 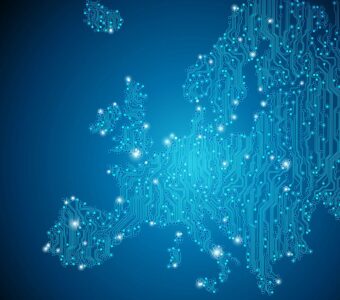 The widespread use of the Internet and of the online platforms has unavoidably created a whole new reality and has facilitated the free exchange of ideas and widespread information sharing, helping democracies to flourish. However, in the same time, this exact free and uncontrollable flow of information has created adverse phenomena like online disinformation and fake news, and, especially due to the current Covid-19 pandemic, these phenomena have exacerbated.

An online war has started; with the Internet as the battlefield and the information as the weapon. As this is a war, it is not only about the end goal (i.e. the content transmitted), but about the winner- who takes it all (i.e. the one who will have more control over the one who transmits the information). And then, it is also about who will lead (i.e. who will govern information), and this is the biggest fight between either allowing having trustworthy information which can save our democracies, or allowing authoritarians to set the rules and obscure democracies.

This reflects the agony of the states to prove who the best is. As the EU’s High Representative has described, we are currently experiencing ‘a global battle of narratives’. The pandemic has not only made the global powers contest about who has the best political and best healthcare system, but has also made them vie for winning the leader’s title using tactics such as news’ manipulation and online disinformation spreading (e.g. Russia and China have been torchbearers of this, seeking to aggressively manifest their superiority in handling Covid).

A prominent example of this strategy has been China’s response to Serbia’s appraisal for the former’s medical assistance to respond to Covid-19. The Serbian President called his Chinese counterpart a true friend of his people and even kissed the Chinese flag, accusing the EU of hypocrisy in matters of assistance. Targeting Western audiences, the Chinese state media immediately widely disseminated this, without any reference to the EU’s investment in the Serbian health sector. EU officials characterized this as ‘politics of generosity’ and have warned against Beijing’s propaganda campaigning multiple times.

In this fragile and contesting geopolitical stage, democratic allies need to stand together to protect their citizens and uphold democracy. The prime focus needs to be maintaining truth and transparency in messaging, thus it is vital to detect and analyze the lurking framework and the business models that enable this surge of disinformation. Even though online platforms tend to avoid explicit content moderation on the basis that they are not publishers, some moderation of extreme and polarizing content, such as white supremacist or fake news stories, is needed – consumers themselves have actually showed their desire for that.

A strong information strategy needs to be urgently adopted. This should encourage the dissemination of quality information from trusted sources to prevent the creation of information voids and be able to tackle adverse strategies take the lead. As privatizing content moderation without a meaningful transparency mechanism can lead to censorship, an active engagement of a broad range of stakeholders (e.g. journalists, civil society, academia, and politics) should regulate content distribution. Furthermore, science and reliable media sources need to be more strongly promoted to re-build trust both on a national and on EU level.

On the EU level solely, the Union needs to avoid being technocratic in its handlings and become more political, understanding in full its power and potential as a global actor. The new European Commission needs to stick to its plan regarding the Digital Services Act, while the EU Member States and the EU could, for instance, provide more funds for maintaining and verifying online trustworthy material (following the examples of the online encyclopedias in Norway and Latvia). The Centre for International Governance Innovation has proposed an additional interesting approach to the issue; instead of trying to build people’s online ‘immunity’ with broad-based educational initiatives, “inoculating key points (people) within a network is likely more effective and cheaper. Targeted engagement with individuals at the centre of networks (high network centrality scores, in social network analysis terms) could help promote immunity of the herd and reduce receptivity to fake content”. A lot can be done, but we need unity, strong support, and trust to the experts and to the EU.

This battle of narratives is, in essence, a battle for power: disinformation is nothing new, but the way information is weaponized today to create divisions and uncertainty is new and needs novel ways of handling. In the same time, unity of democratic states and their multilateral action are urgently needed to combat the abovementioned phenomena and to protect citizens while they are reaping the benefits of the online world. It’s high time we enjoyed the perks of the digital technologies safely, while we revitalize our democracies.