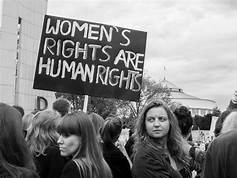 Particular concern has been caused in the wake of Poland’s decision to withdraw from the Council of Europe’s (CoE) Istanbul Convention, the first binding instrument in the world on combating violence against women, which the country signed in 2012 and ratified in 2015.

The Polish Justice minister, Zbigniew Ziobro, said that he would start the procedures to withdraw from the Convention. He  claimed the text  is “harmful” because it requires that schools teach children about gender from a “zoological point of view,” and continued that “this ideological element is linked to the imperative to change education in schools and outside of school programs, in terms of learning, attitudes, convictions of the young Polish generation of students to make, in our opinion, the false assumption that biological sex is archaic, and in fact everything comes down to the socio-cultural gender.”

Ziobro also expressed the Polish government’s dissatisfaction with the articles of the Convention which deal with  family relationships in the LGBT context, noting that it is “a view propagated by activists from left-wing or homosexual circles who want to translate their beliefs into binding law.” These statements have caused rage in Poland, with people protesting in the streets, and with the Council of Europe (CoE) and the European Union (EU) reacting too – but, for the moment, only with words.

CoE Secretary General Marija Pejčinović Burić  said Poland’s intention was alarming and reiterated that the sole objective of this instrument is to combat violence against women and domestic violence She encouraged a dialogue with Poland in case they  misunderstand  the Convention’s scope. She also noted that leaving the Convention “would be highly regrettable and a major step backwards in the protection of women against violence in Europe”.

European Commission (EC) First Vice President Frans Timmerman reacted saying “Let it sink in: one out of every three women is victim of domestic violence. Thousands die, many more are marked for life. If combating that atrocity is an ‘ideology’, sign me up!” European Commissioner for Equality Helena Dalli also said that such decisions would be deeply regrettable and urged the EU Member States to protect women.

The European Parliament (EP) has already expressed multiple times dissatisfaction and concern with Poland’s wrongdoings in the fields of the rule of law, human rights and democracy.  A Polish Member of the European Parliament (MEP) Sylwia Spurek (S&D) described that over 60 percent of Polish women are against withdrawing from the Convention. She demanded to know on whose behalf the government actied  when they denounced the Convention. Irish MEP Frances Fitzgerald (EPP) stressed that the sole role of the Convention is to fight violence against women and said that ratifying it was “essential”. Belgian MEP Guy Verhofstadt (Renew Europe) called Poland’s decision “scandalous”. German MEP Terry Reintke (Greens) expressed solidarity with all those who fight back regression, and Spanish MEP Eugenia Rodríguez Palop (GUE/NGL) said that Poland’s actions do not come as a surprise, as it is known that  many women   become victims of domestic violence in that country.

The EC in its Gender Equality Strategy 2020-2025 has reiterated its intention to do all it can ‘to prevent and combat gender-based violence, support and protect victims of such crimes, and hold perpetrators accountable for their abusive behaviour’. Furthermore, the new EC has been aiming to create an additional comprehensive Rule of Law Mechanism, and has as one of its priorities to have close dialogues with European Member States on the basis of law. The situation with Poland gives the opportunity to the EC to actually put this in practice, resolve the issue and strongly encourage the country to remain a member of the Convention.

In case the European Union’s (EU) accession to the Istanbul Convention continues remaining blocked in the Council, the EC itself needs to keep intact its intentions to propose measures against violence to achieve the same objectives as the CoE Convention, and it needs to re-examine the issue of conditionality and compliance to the rule of law when it comes to EU funding. It is also urgent that the MEPs have a greater role and say in the decisions of the EC itself as the institution reflecting the national parliaments’ theses, and as this would anyway coincide with the plans of the EC to ensure the EP’s greater role in the rule of law mechanism.

It is urgent to deal with this now, because Poland’s situation is not unique: similar attitudes can be found in Hungary as well as in Slovakia, where the parliament has rejected the Convention claiming that it is not aligned with the country’s constitutional definition of marriage as a heterosexual union.

As the political guidelines of Ursula von de Leyen read, ‘threats to the rule of law challenge the legal, political and economic basis of how our Union works. [..] We have a common interest in resolving problems. Strengthening the rule of law is a shared responsibility for all EU institutions and all Member States’. The situation with Poland constitutes an opportunity for the EC to show real leadership and to confirm it sticks to its promises, does not make compromises, and always defends the EU’s core values.

Role of various international institutions in the Ukraine-Russia conflict

The ongoing Ukraine-Russia conflict has initiated proceedings before various international institutions, the effective operation of which can show a clear progression on the field of international relations. This overview makes possible to us to start the analysis of...

Navalny and Russia’s alienation from Europe

The European Union’s (EU) relationship with Russia has been experiencing a rift for years, particularly after Russia annexed Crimea and after the country has been showcasing that it does not share some of the EU’s core values, especially human rights and the rule...

Turbulence in the Eastern Mediterranean

Migration Post-Covid Aiming for a successful EU Pact on Migration and Asylum Source: WikiMedia Migration has been a hot potato for the EU Member States’ politicians and for the EU itself. Since 2008, the numbers of asylum seekers in Europe have been massive, but the...

Online wars Disinformation and the need for unity Source: The conversation The widespread use of the Internet and of the online platforms has unavoidably created a whole new reality and has facilitated the free exchange of ideas and widespread information sharing,...