The German EU Presidency and the opportunities it offers 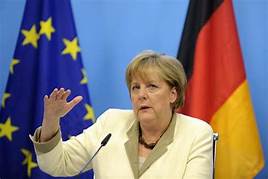 After four days of EU Council meetings, on July 21 the new plans on the Recovery Plan and the Multiannual Financial Framework (MFF) were finally accepted. The plan is to be composed of €390b in grants and €360b in loans, which will be attached to the next €1.074 trillion MFF for 2021-2027 and will respond to the corona virus pandemic, while it will also help realize the ambitious plans of the European Commission (EC) to fight climate change and to make the most of the new digital era.

All these are happening while Germany is holding the European Council Presidency until January- something that has been awaited for a long time. The most influential EU member state has been expected to fix issues lingering in the European project in an unexpectedly challenging situation, the Covid-19 crisis – one that has created a series of issues, but also opportunities. Will the German Presidency be an added value at this critical moment to realize the new MFF and the EU recovery plan in a way that the pandemic is treated while Europe becomes more united? Or will this chance for European revival be missed?

From strengthening and promoting social cohesion by pursuing a sustainable growth strategy, expanding digital and technological sovereignty, enhancing the EU’s competitiveness, reforming the legal background on migration and asylum, thriving in climate and environmental policy, and pursuing a powerful foreign policy, the program of the Germans is ambitious. However, for these to be fulfilled, it is the resilience of the EU project itself which needs to be reinforced now more than ever, as, after the economic crisis in 2008-2009, now Covid-19 has come to test the European unity. An example of this has been reflected in the attitude of Mark Rutte, Prime Minister of the Netherlands, who has been the figurehead of the “frugal four” (the Netherlands, Austria, Sweden, Denmark) in consistently opposing the MFF and the Recovery plan negotiations, fighting for more control over how the budget is being allocated. A vital task for the German Presidency thus would be to build bridges and facilitate constructive dialogue and close or, at least, minimize the socio-economic differences between North and South and East and West. The German Presidency, and its figurehead, Chancellor Angela Merkel definitely  have the opportunity and the ability as one of the strongest EU Member States to facilitate long term economic reforms while building on social equality and mutual understanding.

The threat to the European project is clear and present, and the WTO has predicted that the global recession caused by the pandemic will be worse than that of the 2008 global financial crisis. Now that the plan is adopted, the economy needs to adjust to the new reality and become sustainable, while the single market needs to be further strengthened. Adopting a forwarding-looking strategy, since one of the issues of the pandemic has been the lack of forecast and prevention, the German EU Presidency should also live up to their promise to improve the EU’s crisis management instruments, and create a strong and innovative system for fast information exchange aiming at preventing similar crises in the future, something that can be beneficial both for the economy and for the public health. This can benefit from the promotion of digital health technologies, while supporting the EC in ensuring data privacy, something that will also contribute to the success of the EC Digital Services Act.

Safeguarding democratic rights is another area that the German Presidency should pay particular attention to during their mandate if they are to revive and protect the European project. Equality and non-discrimination have to be cross-cutting themes in all areas of action, together with tackling disinformation and hate speech to support democracy. The Presidency should take advantage of their opportunity to address rights violations and encourage Member States to take swift actions when the European law and fundamental rights are violated.

A rule of law mechanism should not to be further delayed, and the rule of law conditionality should not be weakened- the European Parliament can definitely play a role in pushing the Germans in this direction. Last but not least, the European Parliament should have a say in the programming- if the Institution is not consulted, there is still the risk of not respecting fundamental European values of democracy.

In other words, focusing on the revival of the economy, preventing similar crises, protecting democracy and human rights, and hearing from both the Heads of State and the Member States themselves could be keys to rekindling the European spirit.

The German EU Presidency takes office in a critical moment in the EU’s history and it is expected to perform well, leaving a legacy of concrete achievements. With Covid-19 still here, a lot of work should be done to revive the European economy, and mostly, the cracked European solidarity. As an economic and social crisis is just around the corner, if not already here, the German Presidency, together with the European Commission and the EU Member States, should show to the people and to the world that united we can do better.