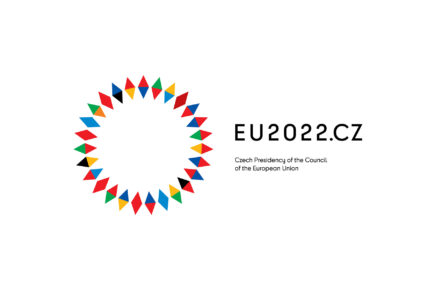 Russia’ invasion of Ukraine marks the beginning of a new geopolitical order that is bound to stay and change the way main global players interact with each other and act within this order. The invasion led to the displacement of an extraordinary number of Ukrainian asylum seekers throughout Europe, leading to the activation of the European Union Temporary Protection Directive (TPD) for the very first time. However, the Directive is a crisis management tool. The French Presidency made the proposal to address hybrid threats one of its main priorities, advocating for a step-by-step approach on the 2020 Commission proposal for a new Asylum and Migration Pact. The question is whether the upcoming Czech Presidency will pursue and prioritise this long-term focus and take stock of the lessons learned from the current migrant crisis. In the background of a profoundly changed world, a parallel focus on the long-term perspective, aiming to put in place a Common European Asylum System that is strong, prepared and sustainable in the long run remains very necessary.

The current migrant crisis in a new geopolitical order

Overall, Russia’s invasion of Ukraine has led to the displacement of 5,137,933 refugees from Ukraine across Europe, with a total of 3,407,378 currently registered for Temporary Protection or similar national protection schemes (1). This resulted in the unprecedented activation of the EU Temporary Protection Directive. The Directive is applicable to Ukrainian nationals displaced since 24 February 2022, third-country nationals, stateless persons who were entitled to an international protection in Ukraine as of February 2022, and family members of these categories of people. All EU Member States adopted the EU Commission Decision on the Directive, except for Denmark which has implemented a similar protection framework. Among other rights, the EU Commission guidelines on the Directive implementation encourage the swift issuance of residence permits and necessary visas, and the implementation of faster procedures to open bank accounts and access services (2). Nevertheless, it is of paramount importance to place the activation of this crisis management in a manifestly changed global geopolitical order. The conflict’s consequences have swiped away hopes for a flawless post-COVID 19 economic recovery, with an even stronger hit on low- and middle-income countries, as increased prices for food and energy are expected to trigger further social unrest. This implies the need to sit at a table of impactful decisions, taking into account an irreversibly transformed world. This also requires working with all stakeholders and adopting common sustainable solutions. Migration and asylum are no exception for this (3).

In a Justice and Home Affairs Council held on 10 June, the French Presidency obtained the approval of a declaration establishing a temporary voluntary solidarity mechanism (4). In addition, the Presidency also obtained an agreement to start the negotiating phase for two of the proposals Regulations in the Asylum and Migration Pact package: the Screening Regulation proposal and the recast of the Eurodac Regulation. Essentially, the French Presidency aims to secure consent for a gradual approach on the negotiations for the package before it hands over the presidency to Czech Republic (5), as opposed to the European Parliament approach focusing on a broader package approach (6).

Negotiations for the Screening and Eurodac Regulations will hopefully proceed during the next Presidency. On the other hand, the voluntary solidarity mechanism would apply immediately. The mechanism would be in place for one year and it prioritises relocation as a form of solidarity, although allowing for alternatives such as financial contributions to solidarity. The proposal keeps the mechanism voluntary in nature to secure approval from countries reluctant to accept a compulsory system (5). Unsurprisingly, Member States’ positions on the voluntary nature of the mechanism diverge. The Med5 (Italy, Greece, Malta, Cyprus and Spain) advocate for the need of an adequate mechanism of distributing migrants, namely one that cannot not be voluntary. The position clearly stems from the fear of an increase in arrivals caused by hunger, as a result of supply chain disruptions and sky-rocketing food prices affecting, among others, the African countries (7). On the contrary, a number of Member States declare themselves against a compulsory solidarity mechanism. Austria had already made its reservations clear on February 7, stating their contrary position regarding mandatory solidarity. The same firm stance was pursued by Czech Republic, Hungary, Poland and Slovakia (8). As a result of the proposal, a “coalition of those willing to take in refugees”, as it was described by Germany, has pledged to relocate around 7,000 asylum seekers reaching the European southern coasts. This coalition includes Croatia, France, Germany, Ireland and Portugal. The French Presidency target would be to get at least 10,000 asylum seekers relocated per year, while the more permanent system proposed by the European Commission is developed (9).

The place of migration in the Czech Presidency’s priorities

The slogan of the upcoming Czech Presidency will be Europe as a task: rethink, rebuild, repower. In a profoundly changed geopolitical world, the Czech vision for the next six months is for an EU with a stable and independent energy security, an increased defence capacity, a resilient economy and resilient democratic institutions. All these priorities are part of a long-term perspective. The only priority that does not seem to focus on the same time span is the management of the “refugees’ crisis and Ukraine’s post-war recovery” (10). Once again, the migration and asylum questions are presented as a crisis matter rather than linked to the need for a systemic reform. The focus of the priorities document is on timely solidarity, efficiency and flexibility in the transfer of funds and creation of the structures necessary to assist the most affected Member States and organisations. However, the presence of the concepts of solidarity and cooperation are suggesting a possible change in stance since February 2022, when Czech Republic was among the countries refusing to accept mandatory solidarity (10).

As argued by the European Council for Refugees and Exiles, the best approach would be to learn the lesson from the Ukraine crisis to change the asylum system in Europe and re-adjust it on a thorough share of responsibility, enhancing rapid access to territory and protection and “reversing the trend towards precarity of status and lower content of protection” (6). For this, proper reform and resourcing of asylum systems, compliance with it and investment are key elements (6).