Utopia or Revolution? A conversation with François Denuit, PhD. 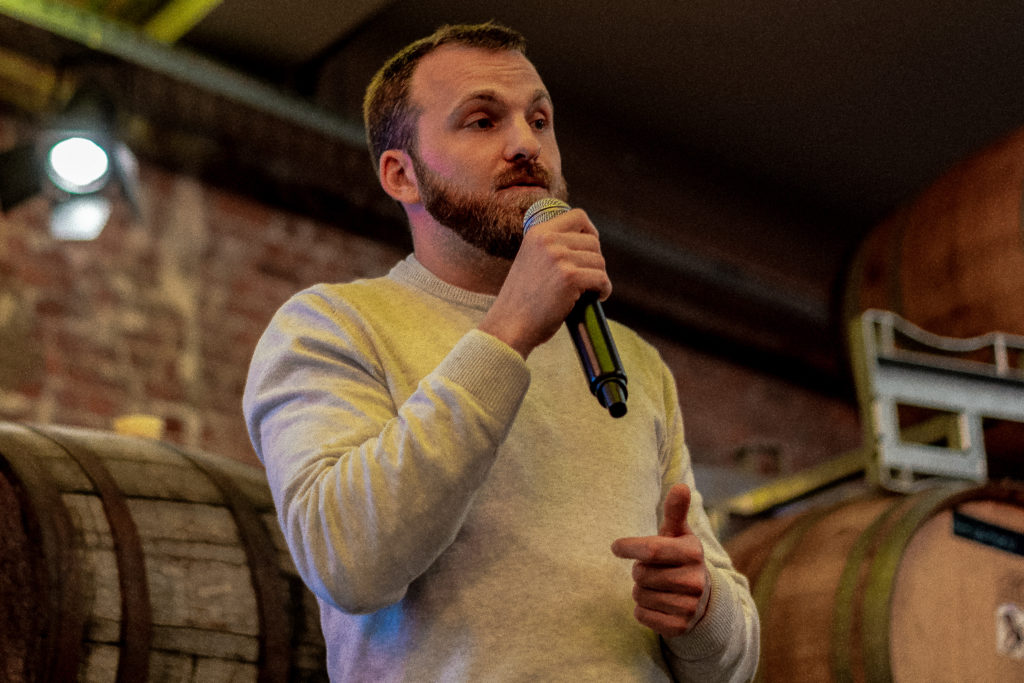 Economic inequality. Unemployment. Automation. The Universal Basic Income (UBI) promises to tackle some of the industrialized world’s most compelling issues in a unique way: guaranteeing every citizen a basic living stipend, with no upfront evaluation of their current employment status or willingness to find a future job. Regarded as a radical policy proposal, UBI has divided the public for decades. Its critics see it as a utopia that will rise inflation and deter individuals from seeking an occupation. Its supporters, on the other hand, see it as a revolutionary scheme that would redistribute wealth, leading towards a fairer labour market and simplified welfare state.

Until today, no country has ever fully implemented UBI, except for a two years pilot project in Finland:  2000 randomly selected applicants, aged 25 to 58, received a monthly allowance of 560 Euros, from January 2017 to December 2018. The experiment’s results, published by the Finnish Social Security Authority showed that the measure did not directly increase the participants’ employment level. However, it succeeded in improving their well-being, with the beneficiaries claiming lower degrees of stress and anxiety.

The 2018 World Wealth Report issued by Credit Suisse shows not only that the assets of the richest 1% account for 47% of the global wealth, but also that the financial share of the wealthiest, which has fallen during 2000-08, rose again to pre-financial crisis levels in 2016, allowing the rich to become even richer. In contrast, medium and low-income workers’ conditions have progressively become more precarious due to the spread of gig work and contingent employment contracts. Furthermore, some analysts estimate that 40% of blue collar jobs could soon disappear to be replaced by A.I.

In this scenario, is the Universal Basic Income a feasible option to relieve wealth inequality? We posed this question to François Denuit, PhD in Political and Social Sciences (University of Warwick and Université Libre de Bruxelles-ULB), who earned his Doctorate with a thesis titled “Fighting Poverty in the European Union. An assessment of the prospects for a European basic income (EUBI)”. Denuit was one of one the speakers at the “Universal Basic Income – Dream or Nightmare?” debate at the Pint of Science Festival:  an international initiative that brings scientists and researchers to local pubs to deliver talks on a broad range of topics, from robotics to the human brain, the universe, society and much more.

Centre for European Progression: The UBI is not a new idea. Over the years,  several countries have been experimenting with similar ideas for decades, either through redistributive programs or subsidized welfare. However, none of them fully adheres to the principles of UBI. Although it was never implemented, in 1969 Richard Nixon proposed an annual income of 1600$ for families below the poverty line. Also, we have witnessed recent attempts to rebrand UBI: Italy has just approved a scheme of subsidies and job placement to address unemployment, whereas Kenya‘s basic income project is actually promoted by an NGO on a very small scale. It seems there is a resurgence of interest in UBI, but also a lot of confusion. In a few, simple words, what is the Universal Basic Income?

François Denuit:  The UBI is an income that is distributed in cash on a regular basis to all members of a political community, on an individual basis regardless of household composition. It is universal as it is granted to all, no matter the level of financial resources and is unconditional because it is distributed regardless of people’s willingness to work. The cases you mentioned use the label of Basic Income but only in part relate to it, or not at all like in the case of Italy: it approved something closer to a conditional minimum income scheme. Nixon’s proposal is a case of (household-based rather than individual-centered)  Negative Income Tax (NIT) that could be seen as a way to deliver a basic income but it is operationalized in a very different way.  At the end of a fiscal period, if a household’s revenues are below a certain threshold, it will receive a cash transfer; it will not receive any, if the household’s resources reach the break-even point and it will have to contribute itself to the welfare system, if it actually generates income higher than the break-even threshold. The main difference is that NIT is not an upfront payment like UBI which is given on a regular basis (generally every month) and thus provides a sense of security, but is a tax transfer calibrated on the household’s revenue for each fiscal period.

CfEP: Recently, a similar NIT experiment was made in Ontario, Canada, but it was shut down after only one year of trial when the new governor took office. Why is there still so much resistance? After all, the Finnish UBI trial showed significant improvements in terms of mental health and quality of life. Isn’t it what Welfare should ultimately be about?

FD: Yes, a major argument in favor of UBI is about having the certainty and the security of a fixed monthly income. A way to frame this, revolves around reducing the tax imposed on the mental bandwidth one faces when living with few financial resources; some studies in behavioral economics show that when people struggle financially they have less chances to take good long term decisions, not because they are less intelligent but because they live in a “survival mode”. UBI would grant individuals a sense of security, allowing them to project themselves on a long term perspective.

Another negative income tax (NIT) experiment, the Manitoba Basic Annual Income Experiment (Mincome) in Dauphin, Manitoba (Canada) realized in the 1970’s, also provides interesting insights since it involved an entire area, and not just randomly selected samples. The outcome showed important health effects: overall hospitalization rates fell by 8,5% with an important decrease in hospital check-ins for to accidents, injuries and mental health diagnoses. It also showed positive effects on the social fabric as a whole since its effects were much larger than expected, considering the number of families eligible for income support (a third of the families in Dauphin were below the break-even point). With everyone involved in the experiment, social interaction seems to have influenced social attitudes and individual behavior even among those who did not qualify, thereby reinforcing the direct effects of the guaranteed annual income. In fact, these UBI-related experiments that involve the whole population of a certain area – what we call a “saturation site” – provide greater insight on the potential benefits of a full implementation of the UBI. In short, an individual-centered device like the UBI may have strong community effects, proving that the overall benefit is larger than the sum of its parts.

CfEP: In the U.S, Andrew Yang, tech entrepreneur and Democrat candidate for the 2020 presidential elections is a staunch advocate for Universal Basic Income.  Some critics have pointed out how the UBI has attracted support from Silicon Valley tycoons, whose alleged real goal is to boost consumer capitalism rather than addressing inequality. What’s your opinion on that?

FD: There are different views on UBI. Criticism towards Big Tech’s endorsement of UBI is based on the fact that these large corporations’ main interest is to maintain the capitalist status quo; they fear a decrease in consumers’ purchasing power or the disappearance of employment opportunities for everyone, a basic income may guarantee sufficient means to live a decent life and maintain consumption levels. I am not sure whether everyone in the Silicon Valley is pushing for this specific agenda, but there are other ways to look at the idea. One can endorse UBI as an instrument that provides an allowance for a basic living, perpetrating the consumeristic model or we can see it as a concrete instrument to fight inequality and provide more emancipatory power to all. My opinion is that we can see UBI as an emancipatory policy only within the context of tackling inequality rather than just poverty. It thus needs to go hand in hand with fiscal reforms that address the growing gap between the rich and the poor, and together with further developing universal public services. In short, the UBI is not a panacea, it needs to be an integral part of the welfare state, and not a substitution for it. If well calibrated, the UBI is a form of social dividend that may then have positive effects in many different areas, from our reconsideration of the place of work in our daily lives to fighting inequalities.

CfEP: On a European level, what’s the state of art of the discussion on measures to tackle poverty and inequality? Let’s take the EU unemployment rate, for instance: it was at 6.4% in March 2019, the lowest on record since 2000. Yet, the North-South gap is remains wide, especially in terms of youth unemployment in Mediterranean Europe (namely, Greece, Spain and Italy).

FD: We are facing different realities in terms of welfare systems’ performances throughout the whole monetary union and these socio-economic imbalances between Member States are widening.  Currently, the ongoing debate concerns the establishment of a European unemployment benefit scheme (EUBS), in the form of an inter-state reinsurance mechanism to support national stabilization capacities in times of crisis and avoid the risk of contagion to other member states. The idea is that if a certain member state reaches a given unemployment threshold, the EU would kick-in and support the unemployment benefit system of the specific country. This means, in essence, that we would create some form of solidarity fund at EU level.

In my doctoral thesis, I worked on the idea of a European universal basic income (EUBI): a modest basic income (about 200-300 euros in average and varying according to the national cost of living) given to all residents of the EU as a top up to other sources of revenues, whether coming from work or national social benefits, and funded at EU level. I showed that it may have positive effects at individual level as a measure to fight poverty and social exclusion, at member state level as a instrument of macroeconomic stabilization, and at EU level as a way to support the legitimacy of the European project.

The difference between the EUBS and the EUBI, is that the former kicks in only in times of economic crisis and involves redistribution between states, whereas the latter aims to be a permanent policy organizing solidarity between individuals throughout the EU. The EUBI might have a lower stabilizing power in terms of counteracting an economic downturn but would still have a greater social impact in fighting poverty on a long term prospective. In fact, the two measures need not be mutually exclusive and it is true that the EUBS (or another similar mechanism of fiscal transfers) is urgently needed. Overall, the basic income is starting to get more traction at EU level as political parties like the European Greens and pan-European movements such as Volt and DiEM25 have enclosed UBI proposals in their electoral programs.

CfEP: We are in front of times of big change: how can we achieve a better and more equal Europe?

FD: We need to make social rights such as the right to a decent level of resources binding in order to re-equilibrate the economic and social dimensions of European integration. The tools are available as these rights are already proclaimed by the EU Charter of Fundamental Rights and reasserted by the European pillar of social rights. Then, it is about redistribution: enabling a redistributive mechanism within the EU will benefit all Members States, including those who are net contributors, as it would provide greater macroeconomic stability. We need to think about a systemic model, whether we look at a pan-European UBI or unemployment insurance scheme.