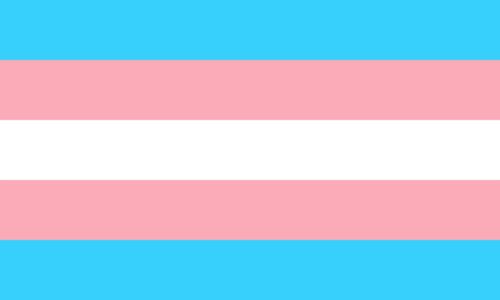 Imagine a couple in England: Ben, who is a transgender man, and James, his husband. Ben has been going through the gender recognition process: he has been diagnosed with gender dysphoria, and has lived as a man for at least two years. When he applies for his Gender Recognition Certificate, James has the power to agree or disagree with the issuing of a full certificate. He could end up delaying Ben’s full gender recognition for years of divorce proceedings. Instead of dropping marriage restrictions for transgender people when legalising same-sex marriage, the UK government introduced this ‘spousal veto’.
Finland, as part of its EU Presidency, recently held a conference in Brussels on LGBTI (Lesbian, Gay, Bisexual, Trans, Intersex) equality in the EU, with the participation of several ministers and state secretaries from the Member States, members of the European Parliament, and even Justice Commissioner Věra Jourová. According to the findings of the conference, some advances have been made in Europe, but there remains a lot to do.

The recent Eurobarometer survey on social acceptance of LGBTI+ (the plus symbol is an additional marker of inclusion) people, as discussed at the conference, paints a mixed picture. The headline figures for the EU28 suggest that a majority of EU citizens believe that gay, lesbian and bisexual people should have the same rights as heterosexual people, and that they also accept sexual relationships and marriages between two people of the same sex. However, opinions vary greatly between member states. For example, agreement with all three of those statements is over 90% in the Netherlands, but in Bulgaria only 39% of those surveyed agreed with equal LGB rights, 20% with the acceptability of same-sex sexual relationships and 16% with same-sex marriage being allowed across Europe.

There are also disparities in attitudes to different groups within the LGBTI+ umbrella. Although 59% agree that transgender people should be able to change their documents to reflect their gender identity and 46% agree with a third gender option on official documents, social acceptance is far lower. 64% of respondents would be comfortable with an LGB prime minister, but only 53% with a transgender prime minister. This gap of around 10% persists in relation to whether respondents would be comfortable for their child to be in a romantic relationship with a same sex partner or a transgender partner.

In Finland itself, the situation on transgender rights is poor. It is one of the European countries which still forces transgender people to be sterilised in order to get legal gender recognition. In other words, some governments make transgender people choose between having the correct gender on their ID cards or being able to have children. Sadly, it is not alone. As of April 2018, 16 countries in Europe and Central Asia required sterilisation of transgender people seeking basic legal recognition for who they are.

This is a violation of Council of Europe standards, which require its Member States to review such requirements and remove abusive ones as well as to ensure that name and gender changes can be quickly and easily carried out and are reflected in state and non-state documents. If this is not the case, it deters transgender people from attempting to be legally recognised. The Belgian experience is a good example of this: until 1 January 2018, sterilisation was mandatory for gender recognition in Belgium. 10 years after the initial law was put in place, respondents to a government survey were asked whether they would still have had sterilisation surgery if it was not legally mandated at the time of their registration change. 28% of those assigned female at birth said they would not have had it, while 26.6% would have. Among those assigned male at birth, 48.1% would have had it while 24% would not. The remainder did not know. A sizeable fraction of the transgender community in Belgium, for seeking basic legal recognition, then, were forced into surgery they would not otherwise have had.

What is worse, some countries lack any kind of name change and gender recognition  process at all. As can be seen on the map linked above, their list includes some of the enlargement countries: Kosovo, Albania and North Macedonia. They are not the only culprits, though. Even within the EU and EEA, as noted in the European network of legal experts’ report, uncertain legal frameworks in some countries risk preventing transgender people from having their gender legally recognised. This is the case in Cyprus, Bulgaria, Latvia, Lithuania and Liechtenstein: they either lack dedicated, specific gender recognition laws or have not put the necessary regulations in place to allow applicants to fulfil the criteria.

Even where European countries have removed sterilisation requirements and enacted legal recognition measures, these remain an infringement of fundamental rights. It is still  common in Europe to force transgender people to get divorced in order to have their gender legally recognised. This is a legacy from a time where marriage was limited to only opposite-sex couples and is based in both anti-gay and anti-trans prejudice. That much is clear if we examine the UK’s same-sex marriage laws. In making a step forward for equality, it took a step back at the same time. The aforementioned ‘spousal veto’ enshrined homophobic and transphobic ideas in law. The civil service prioritised shielding James from a gay marriage over Ben’s human rights.
It is not all doom and gloom across Europe, however. Malta was held up as a model of best practices at the conference. Malta, alongside Belgium, Denmark, Ireland, Luxembourg, Norway, and Portugal, allows transgender people to gain legal gender recognition on the basis of statutory declaration, without having surgery, sterilisation or waiting periods forced on them.  Malta also allows for a non-binary ‘X’ marker on its passports and official documents.

This is the only solution that respects the fundamental rights of transgender people. In 2019, on our continent, forced sterilisation and surgery persist. People are forced to prove something as fundamental and as personal as their gender identity to the satisfaction of their state. Their partners are permitted to prevent them from accessing their fundamental legal rights.

We cannot move forward as a continent on LGBTI+ rights until there are simple, easy, and quick recognition procedures for transgender people in every European country. A large part of the backlash against equality has targeted transgender people. All those who support LGBTI+ rights need to stand with our trans friends, colleagues, neighbours and family members to ensure we keep moving forward together.