It breaks if you don’t try: EU Foreign and Security Policy

It breaks if you don’t try: European Foreign and Security Policy 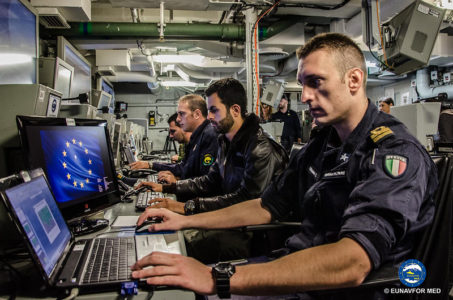 The recent Munich Security Conference (MSC) had the tagline “Westlessness”, which was met with some confusion by non-native English speakers. The intention was to suggest that the West’s was in retreat – even decline – and that the prospect should be causing policymakers a certain restlessness. Not particularly easy to translate.

However, it is an important concept. There was a clear division on show at the conference within the West – between Europe and the USA – not just over security and defence tactics, but over what the threats actually were. Republicans and Democrats in the USA agree on very little at the moment but are united in the belief that Huawei should have no place in 5G infrastructure in Europe. Europe, as ever, has almost as many viewpoints as it does countries.

Henry Kissinger, a former US Secretary of State, is said to have asked: “Who do I call if I want to call Europe?” The EU claimed to have resolved this conundrum with the advent of the High Representative for Foreign Affairs and Security Policy, a position currently held by Josep Borrell.

Borrell, to his credit, has recognised that he simply does not have the power to be the go-to man for all of Europe. At the MSC, he expressed a desire for the EU to move beyond simple statements and expressions of concern. He wants a Europe that is comfortable with talking in power terms and using its power to get what it wants. For Borrell, unanimity is a stumbling block to action, and the majority must be able to act in its absence.

It is the absurdity of unanimity that has led the EU into its current predicament. Until recently, it was in the frankly embarrassing position of having a naval mission with no ships. This was a direct result of Italian intransigence about sea rescues conflicting with the general will to maintain Operation Sophia. What it now has is yet another lowest-common-denominator compromise where there can be a naval mission against arms trafficking, but only as long as nobody has to rescue any migrants from drowning.

This lowest-common-denominator tendency seriously weakens the EU’s foreign policy and its reputation. It provides other countries with a very easy way to influence EU foreign policy: China and Russia know that they need only convince one Member State to disagree in order to block or limit EU action on a particular topic. Macron, despite showing questionable judgment on seeking reconciliation with Russia, has correctly identified the need for Europe to start taking its own security seriously.

His solution has been a separate group, outside of the EU and NATO, called the European Intervention Initiative. It is essentially a ‘coalition of the willing’ to prepare and respond to crises together. France, which has become the only nuclear power in the EU after Brexit and whose army is among the strongest in Europe, is ready to lead the coalition. As positive a development as this is, it does not address the fundamental problem. It is the EU, not its members, which is not taken seriously as a foreign policy actor. The rest of the world approaches Member States instead if they want to get anything done, with the ‘implication […] that Europeans need to get their act together if they want outsiders to take them seriously.’

The true mark of success for EU foreign policy would be the ability to shape events in its neighbourhood. The sheer size of its market gives it the capacity to do so, but the political sensitivities surrounding the Common Foreign and Security Policy (CFSP) mean that this potential is largely wasted. The Eastern Mediterranean is afflicted by a number of crises, but the EU’s foreign policy priority has been migration control. European conflict resolution efforts have been ineffectual and marginal, and there is no real strategy on Libya or Syria that goes beyond keeping refugees out of Europe.

The EU’s new naval mission is, again, emblematic of its broader foreign policy failings.  To actually enforce the Berlin Agreement’s arms embargo, it would need far more capacity than European countries would be willing to supply. Stopping the flow of arms would require ground troops on the Egyptian-Libyan border and total control of Libyan airspace with European fighter jets. It could enact sanctions if it were capable of getting all Member States to agree to them.

Eastern Mediterranean crises have, arguably, got as bad as they are because of the power vacuum left by American disinterest and European paralysis. Other countries have seized the opportunity to fill the gap with both hands, developing conflicts into proxy wars. The European public [including the UK, as the survey linked was carried out in 2019] supports a common EU defence and security policy and a common foreign policy (74% and 66% respectively.)

An EU that fails to act to defend its interests and values on the world stage is an EU that fails voters through passivity and inaction. The only way forward is for the Commission to continue working to convince Member States to introduce majority voting on the non-military aspects of CFSP. With unanimity still in place, decisions will continue to be held hostage by single Member States, other actors will have a simple way to disrupt European foreign policy, and the EU will remain toothless and unable to act on the global crises that the public want it to address.