Why can’t you be more like Estonia? : Creeping Illiberalism on the European Internet 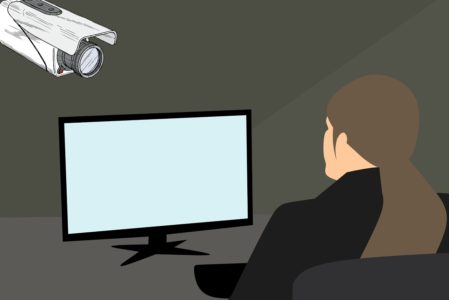 Creeping Illiberalism on the European Internet

At the recent Masters of Digital conference, one of the panels looked ahead to the future of the digital world in 2040.  One of the topics arising was the future of online freedoms 20 years from now. The Internet Society’s Regional Vice President Europe, Frederic Donck stressed that we need to respect internet freedoms in addressing internet policies, we should not discard them while addressing other issues. In English, we would call this ‘not throwing the baby out with the bathwater’. In other words, don’t throw out something good while attempting to get rid of a problem.

The UK is not paying much attention to this concept of digital freedoms. In a previous CFEP blog, Otto Ilveskero told a cautionary tale about overstepping the mark on regulating fake news: “regulators can sidestep much of the accusations regarding silencing the freedom of speech[…] by regulating not offensive content, but content that is harmful to the safety and wellbeing of others.” With its Online Harms White Paper, the UK has used the same language about protecting the safety and wellbeing of others, but as a defence of giving the state more power to decide what is harmful ‘enough’ to require regulation.

It seeks to create a new regulator to handle disinformation, trolling, selling illegal items, non-consensual pornography, hate speech, harassment, promotion of self-harm, and content uploaded by people in prison. Said regulator would be able to issue fines or hold senior management staff liable for breaches of its codes of practice. Notwithstanding that this is a very long and varied list of issues, there’s another, similarly idiomatic, issue. The road to hell is paved with good intentions.

The promotion of self-harm category is a case that sums up the delicate issues of freedom and of protection at play online. Instagram has increased its efforts to remove material relating to self-harm and suicide following the death of a British teenager. That had an unintended effect on other young women worldwide, who were finding photographs of themselves removed because their scars were visible. For them, that was a value judgment that their appearance was unacceptable and potentially damaging to others. Ethical debates can be had to weigh up these kinds of issues, but when we talk about online content filters, that nuance is gone. All an algorithm can tell you is that it has detected a picture containing scars.

It is not just Britain that has rushed to solve social ills without considering the nuances and the potential impact on the online freedoms we have all come to cherish. France has enacted a law to tackle ‘fake news’. In short, it allows judges to order the removal of articles within three months of an election. Upon getting a report from a public prosecutor, political party, or individual, the judge has 48 hours to decide whether it constitutes ‘fake news’. To qualify, it must be obviously false, deliberately spread on a large-scale, and lead to a disturbance of the peace or the fairness of an election.

Sounds reasonable? Imagine such a law in the hands of a country where the judiciary has been captured by the ruling party. Where the leader has a tendency to deem any inconvenient story to be manifestly untrue, to be spreading because of the media and the political opposition, and to suggest that these actions are fuelling violence. When moderate politicians grant themselves additional regulatory powers, they should consider whether they are truly comfortable with what those powers would look like in the hands of populists.

On an entirely unrelated note, Hungary has also been known to use otherwise innocuous measures in negative ways. Privacy rights are more important than ever in a digital age, where everything we do can be filmed and everything we say can be recorded and held against us. Viktor Orbán’s son-in-law, István Tiborcz, may have had a similar thought when the Supreme Court ruled news site 444.hu violated his privacy rights – as a non-public figure – by publishing a video interview of him without his explicit consent. Tiborcz’s company had contracts with local governments that the 444 and other investigative media outlets found suspicious. Potentially, as a man facing corruption allegations, he may have been even more relieved about limiting his exposure to public scrutiny.

Even Germany is not immune to this trend of creeping illiberalism cloaked in defending rights or resolving social problems. Its domestic law, the Network Enforcement Act (NetzDG), is arguably the precursor to EU efforts in tightening up content removal rules. The NetzDG requires removal of ‘obviously illegal’ content in under 24 hours, and within seven days for non-obviously illegal content. An entire satirical magazine lost its Twitter account, albeit temporarily, to NetzDG enforcement. Companies have an incentive to remove first and ask questions later: they might get fined up to €50m for non-removal, and incorrect removals have no real consequences.

We see the same policies creeping on to the EU stage with the Regulation on Preventing the Dissemination of Terrorist Content Online (TERREG) and the Copyright Directive. TERREG goes hand-in-hand with online filters, with the same problems regarding algorithms and context. A key example relates to the wrongful deletion of YouTube videos that served as evidence of war crimes in Syria. The Copyright Directive also raises the spectre of algorithms detecting violations and is out of touch with a new wave of young voters who want to see better from their European Union.

There’s a country getting it right, according to Freedom House. Estonia, keeping up its good reputation for all things digital, has protected its people’s online freedoms. They punish truly harmful actions. If someone incites hatred, violence or discrimination on the basis of particular characteristics they can be fined. If those actions lead to death, negative health impacts, or other serious results, they could find themselves spending up to 3 years in an Estonian jail. Any blocks that do exist mostly revolve around unlicensed gambling sites. They opposed the Copyright Directive and are using their technological reputation to lead on cybersecurity efforts.

Overall, the Internet does bring both strife and success. They are fundamentally intertwined. As long as there are debates online, there will be bad-faith participants. As long as e-commerce exists, e-criminals will too. If governments fail to balance freedoms strongly enough, they will throw out the heart of the internet and may merely be left holding a bucket of straggling criminals.