Counter-Terrorism: We Need To Talk About The Far-Right

Counter-Terrorism: We Need To Talk About The Far-Right 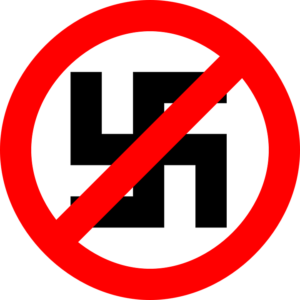 Defining terrorism is, perhaps surprisingly, complex and fraught with disagreements. We could assume we know terrorism when we see it, and so, it appears clear that the recent gun attacks in New Zealand, the USA, and Norway were terrorist attacks.  The Global Terrorism Database defines a terrorist act as an intentional act or threat of violence by a non-state actor, as well as two out of three of the following criteria: the act aimed to further a political, economic, social or religious goal, there was evidence of intent to coerce, intimidate or spread some other message to an audience beyond the immediate victims, and the act was outside of International Humanitarian Law.

Clearly, the recent attacks fit with this definition. These kinds of attackers have often been classed as ‘lone wolves’: as self-radicalised criminals who do not form part of a wider movement. Classifying them in such a way risks underestimating the threat. For example, in 2017 Europol figures, only 3% of failed, foiled, or successful terrorist attacks are attributed to the extreme right.  It is not the biggest threat to European security: the 2019 edition of the same Europol report confirms that ethno-nationalist and separatist terrorism continues to be the most common source of attack attempts. However, the way it is recorded likely underestimates the prevalence of far-right terrorism. In some Western countries, it is easier to prosecute under criminal law than terrorism law – particularly hate crime legislation – and so far-right violence which would otherwise qualify as terrorism is not always reported as such. This can also have the impact of making its victims feel as if they are not taken as seriously as other terror victims.

It is understandable that they could feel that way. Technical measures, such as those used to near-eradicate Daesh propaganda from mainstream social media, have unintended consequences as a result of the limitations of artificial intelligence and machine learning and so need human oversight to correct false positives.

There has not been the same action against white nationalist propaganda online – even though the above-mentioned attacks stem from this ideological background. Its use of memes and misdirection alongside extremist rhetoric makes it hard for digital tools to detect, and the similarity of Trump’s rhetoric to that of white supremacists (particularly when discussing migrant ‘invasions’) means that the false positives may affect alt-right media personalities and conservative American politicians.

That, in itself, is a sign of a wider ideological current underlying these attacks. Apportioning direct blame for a particular violent act may be impossible and unwise, but the wider political discourse can and does contribute to radicalisation. It is not limited to the United States, either. The key theory which links these attackers is that of the ‘Great Replacement’, which initially came from a French author and is predominantly discussed online in French. It argues that there is a concerted effort on the part of elites – often linked by the far-right to the common anti-Semitic conspiracy theory that a Jewish elite controls the world – to replace white people through immigration and abortion policies. This often involves a ‘crisis narrative’ in which migration is described as a threat to the very existence of white people. It is an abhorrent theory in itself, but it is that rhetoric in particular which lends itself to radicalisation and terrorist acts in the name of a ‘race war’. In this regard, Islamist and far-right terrorism lend succour to each other.

What, then, can be done about it? Although alt-right activists like to hide behind a free speech defence (and would do so loudly if they became collateral damage of a social network crackdown on white supremacist ideology), there are indeed civil liberties concerns bound up in the use of AI and machine learning in content removal. As the CEO of Cloudflare signalled in his statement about ending their services to 8chan, being the arbiter of social boundaries is an uncomfortable role for technology companies and is also not sufficient to stop radicalisation and terror attacks. That requires the political will to investigate and to combat far-right terrorism with the same vigour as Islamist terrorism, both through law enforcement and through strong opposition to its ideas.

Donald Trump is a particular obstacle in this regard. He is content to permit white supremacists to operate at arms-length as part of his base, and continues to use language that incites racism and violence while failing to effectively tackle the threat with counter-terror policies. Europe fares somewhat better, with raids against a Generation Identity group which took a donation from the Christchurch attacker and the UK’s criminalisation of membership and support of a neo-Nazi group.

However, leaders who have deployed far-right rhetoric must consider their responsibilities as public figures. They should be wary of reinforcing theories, such as the ‘Great Replacement’, which have the potential to inspire copycat terrorist attacks. They should also fully participate in the battle of ideas against extremism, making it very clear to their supporters that battles must be won at the ballot box and not with weapons.

Countering Violent Extremism policies should not be perceived to focus solely on Islamism but provide for deradicalising people from various ideological backgrounds. Taking far-right terror as seriously as Islamist terror requires difficult discussions about the role of anti-immigration rhetoric in radicalisation pathways. If political expediency is used to maintain the status quo, as Bellingcat’s Robert Evans states,”[t]here will be more killers, more gleeful celebration of body counts[…], and more bloody attempts to beat the last killer’s “high score”.