Scotland and independence: out of the frying pan and into the fire?

Scotland and independence: out of the frying pan and into the fire?

Independence is not a panacea, and its supporters must tread carefully to avoid replicating the mistakes of Brexit 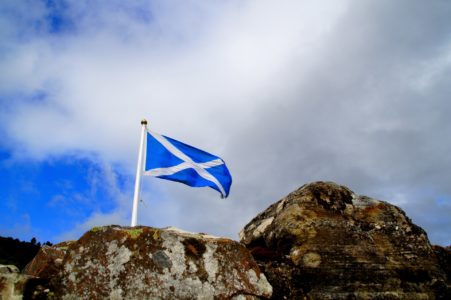 Last week, a Lord Ashcroft poll showed that Scottish voters would back independence from the rest of the United Kingdom by 52% to 48%: strangely enough, the exact same split as in the 2016 EU referendum. The two situations have more in common than most people think. If Scotland did leave the UK in favour of the EU, it would also be a bitterly divided nation.

Conventional wisdom sees independence as a Brexit emergency escape, but it is important to look back at 2014’s Scottish referendum. In many ways, this was a warning about what was to come. Nigel Farage and the Brexit campaign did not invent the populist ‘Project Fear’ slogan. It was originally an in-joke by pro-UK campaigner Rob Shorthouse in response to the pro-independence campaign’s tactic of writing criticisms off as scaremongering. The phrase was later taken up by ex-First Minister Alex Salmond to assist him in deflecting tricky questions for the rest of the campaign.

Many Scots found the debate to be divisive, and breathed a sigh of relief when it was over. 39% of Scots – a sizeable minority – agreed that the independence vote had ’caused harmful and lasting divisions in Scottish society’. It was also a precursor to today’s fake news problems: the official Yes campaign had to intervene after pro-independence conspiracy theorists proclaimed the referendum was rigged on the basis of online videos. A new referendum on essentially the same issue, then, would reopen those old wounds on top of the pre-existing Brexit related divisions. The same Ashcroft poll mentioned above found that support for a second independence referendum runs at 47% in favour, and 45% against. This reflects a divided Scotland, hardly amounting to a mass national clamour to leave the UK.

Any debate would risk falling into the old trap of ‘heart versus head’ rhetoric, where Yes campaigners are ambitious freedom-fighters and No campaigners are cautious calculators. Having seen the Brexit debate, everyone in Europe now knows where the former can lead. Rather than pushing for a referendum on a supposed groundswell of righteous anger, Scotland should stop to think about what kind of nation it would be.  The Growth Commission has attempted to seek a way forward, in order to deal with some of the weaknesses of the previous Yes campaign. It noticeably floundered on currency and on its economic projections’ over-reliance on oil and gas, both of which the Growth Commission has tried to rectify.

Whether it successfully does so is a different matter. Scots, although generally pro-EU, are not willing to rush headlong into a more federalist relationship with their European partners. It is hard to find Scotland-specific polling on European issues, but when asked in April 2019 whether they wished to keep using the pound, have a new Scottish currency instead, or join the Euro instead, only 7% of Scots chose the Euro. An independent Scotland could gamble on the Commission’s unwillingness to enforce a Scottish commitment to moving towards the Euro and would likely get a Schengen opt-out to remain in the Common Travel area. However, it would not inherit the British rebate or opt-in status on Justice and Home Affairs.

Not all Scots are as pro-EU as would be expected: indeed, Scottish fishermen demand that the UK ‘take back control’ of its fishing waters and a study found that 93% of Scottish fishermen intended to vote Leave. Although a small community, fishing is a culturally important traditional industry in particular areas of Scotland and its representatives actively lobby for their interests in Scotland, the UK and EU. The SNP would rapidly find that, if it were the governing party of an independent state, it could not please all of the people all of the time. The case of Moray, a coastal council area in North East Scotland, served as a cautionary tale to Bute House: not only did it narrowly vote Remain (by 122 votes), it ended the 16-year tenure of its SNP MP in favour of a Scottish Conservative.

Brexit, as ever, also complicates matters. While trying to unpick a 300-year-old Union,  which could easily become an acrimonious process considering Scotland once also threatened not to pay its divorce bill, it would simultaneously face negotiations with the European Union. The previous dispute about whether Scotland would become a third country and have to accede through the standard procedure no longer matters. Original predictions that Scotland could conclude its accession within 18 months were ambitious, and it now may take almost 10 years to reach that point depending on which disputes arise.

In combination with the Growth Commission plans to draw down the deficit over ten years, there is no foreseeable situation where Scotland does not face pressure on public services. Keeping to the Commission’s proposal that total public spending should increase by less than 1% a year for the first decade of independence would result in a decrease of around 4% of GDP in spending on public services and benefits over that decade, according to the IFS. Scottish local government is already concerned about its ability to provide essential services. The Scottish Government has cut their budgets by 7.5% since 2013: over twice as large a cut as the 2.8% reduction in the Scottish budget (made up of UK Treasury grant funds and devolved taxation/borrowing).

Overall, for Scotland, although it may seem tempting, rushing out of the UK exit door would not be the quick fix it has been portrayed as. Anti-Brexit sentiment will only get the nation so far, and it lacks a full European strategy going beyond Brexit. EU Member States would welcome it in, but cautiously – they do not want another version of the UK demanding optouts and blocking progress. The Scottish Government would do well to think about what they can do for Europe (and what it would do in the rotating Council Presidency), rather than thinking of what Europe can do to get them closer to independence.