After the Caliphate: Kosovar and British Policy towards Foreign Terrorist Fighters

After the Caliphate: Kosovar and British Policy towards Foreign Terrorist Fighters 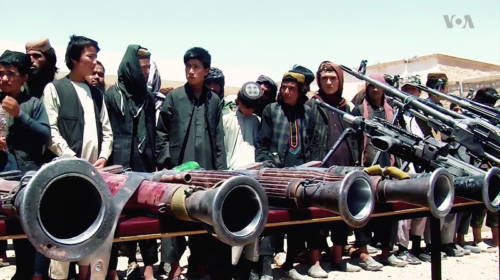 In June, a Brussels event by the Egmont Institute assessed the state of Daesh (ISIS) after the fall of the physical caliphate in Iraq and Syria, having lost its final territory in Baghuz Fawquani on the 23 March 2019. The discussion took place the day after a man was detained on suspicion of plotting a terrorist attack on the US Embassy Brussels. Despite the successes of the Global Coalition, several challenges remain. Daesh, for example, has active splinter groups in a number of areas: not only in the Sinai, in Afghanistan and Pakistan, Libya, Turkey, Yemen, South East Asia, Russia and Central Asia, Sub-Saharan Africa, but also in Europe. Particularly, it has become displaced to non-traditional areas of activity, such as the Democratic Republic of the Congo. Another major issue relates to the returning foreign terrorist fighters (FTFs). Terrorism expert Colin P. Clarke used the aforementioned event to explain that the international community has had years to prepare for the return of those who left to join Daesh and has nonetheless put together a patchwork response.

Different states have dealt with the issue in different ways. The Kosovar Centre for Security Studies, in developing a Kosovar approach to FTFs, examined three different cases: Germany, Denmark, and Saudi Arabia. Germany has a deradicalisation program aimed at countering the jihadist narrative, helping FTFs find employment/education and housing, and alternative emotional support from their families as well as a different reference group. This was adapted from Germany’s experience in deradicalising Neo-Nazis, and so is a secular program with an emphasis on family support. Denmark’s ‘Aarhus model’ chooses not to challenge FTF beliefs, but to direct them away from criminal methods. It assists returnees to get home via their families and has a social and psychological support program. Saudi Arabia, finally, is the country with the second highest number of FTFs. It has a systematic re-education program centred around a legal, non-violent interpretation of Islam alongside psychological support.

Kosovo itself has combined several of these strands. In its Strategy on Prevention of Violent Extremism and Radicalisation Leading to Terrorism 2015-2020, its FTF response involves assistance to ‘abandon radical/extremist ideology and renounce from violence’, alongside risk assessment, psychological support, social support for families, employment programs, and awareness-raising of the potential for detained FTFs to spread radical views in prisons. Justice Minister Abelard Tahiri has also signed a deal to work with the Kosovo Islamic Community’s imams on deradicalising prisoners who have been charged with or convicted of terror-related offences.

On paper, the United Kingdom has a similar policy. The UK CONTEST strategy uses an illustrative example of how its deradicalisation policy would be applied to a British woman and baby returning from Syria. The UK authorities would use a Temporary Exclusion Order (TEO) to manage her deportation from Turkey to the UK and impose obligations on her (such as to report regularly to a police station). If there was no evidence of crimes committed abroad, the mother and child would be given specific reintegration support through the Desistance and Disengagement Programme, which can be mandated for individuals subject to TEOs. It involves mentoring, psychological support, and theological and ideological advice. UK counter-terror mentors can play a similar role to the Kosovo imams. The Home Office’s PREVENT training offers an example of referring a young woman at risk of absconding to Syria to discuss and debate UK foreign policy and Muslims’ rights worldwide with a female counsellor.

Both Kosovo and the UK have a similar political context which complicates the reintegration of returnees. In Kosovo,  53% of respondents to the Kosovo Security Barometer (February 2019) stated that they would not accept returned male FTFs in their communities, and 30% would not accept returned women and minors. Also in February 2019, 76% of respondents to a YouGov (UK) poll supported removing British citizenship from Shamima Begum,a British teenager who joined Daesh in 2015.
Both countries share a similar threat assessment. Kosovo’s Strategy on Prevention of Violent Extremism and Radicalisation Leading to Terrorism 2015-2020 states that “the main risk that Kosovo faces is the return of such fighters with radical beliefs and with an interest to harm Kosovo as a state with a multi-ethnic and multi-religious society and with a secular government.” The UK CONTEST strategy states “Many of the most dangerous individuals remain overseas. They may have received training, indoctrination, and expanded their network of terrorist contacts, and therefore pose significant challenges for the security and intelligence agencies and for law enforcement. These individuals remain a significant threat to the UK and our interests overseas.”

Where the two countries diverge is in how they respond to the challenge in reality. Kosovo Justice Minister Abelard Tahiri stated in April that “We couldn’t return all those who are in the conflict zones… but we will not stop working until each Kosovo citizen is back home[.]” In February, then UK Home Secretary (and recently appointed Chancellor of the Exchequer) Sajid Javid stated “No British citizen should be travelling to Syria. If a British citizen has ignored that advice, they will know that there is no consular support there and that we have no diplomatic relations with Syria. If the individual concerned is a foreign fighter who went to join a terrorist organisation to kill, rape and cause enormous damage, there is no way that this Government will risk the lives of British personnel […] to go and rescue such a person. No way.” This is a microcosm of a wider divergence between the Western Balkans and Western Europe. As the Western European states, with extensive resources, attempt to avoid responsibility for reintegrating their nationals, underresourced Western Balkan states have taken the challenge head on through their criminal justice and social support systems.

States that get their reintegration policies right will have the ability to monitor and rehabilitate their citizens, and a pool of deradicalised individuals who can contribute to preventing radicalisation in the same way former white supremacists have done. States that prioritise electoral calculus over strategy risk losing the war in the long run. The physical caliphate has been defeated, but as Colin P. Clarke stated in Brussels, a kind of ‘Caliphate nostalgia’ exists in the minds of people who never went. Kosovo and other involved  Western Balkan states have effectively positioned themselves to tactically use deradicalised fighters, while Western Europe reinforces the Daesh narrative that there is no ‘grey zone’.

To truly defeat the remnants of Daesh, Western Europe could stand to learn from the Western Balkan example.