Negotiating Brexit, the Budget and the Balkans simultaneously is an unprecedented baptism of fire for Croatia. 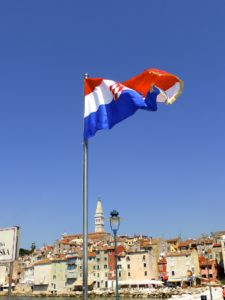 Only six and half years after joining the EU, on the 1st of January 2020, Croatia took over the rotating presidency of the Council of the European Union. This is a chance for Zagreb to strengthen its EU and diplomatic credentials. Yet, many difficult files have fallen on the Croatian presidency’s desk. These include Brexit, the EU budget, migration and asylum, and the Western Balkans.

‘A Europe that develops’ entails a focus on regional development and supporting cohesion. In impending budget debates, countries like Croatia will defend cohesion funding against others seeking cuts. This heading also encompasses the European pillar of social rights, acting on negative demographic trends (a key Croatian priority), strengthening competitiveness and skills, and protecting the environment/fighting climate change.

‘A Europe that connects’ deals with European transport infrastructure, data infrastructure, establishing and integrating the energy market, and building stronger connections between European citizens through mobility, cultural heritage and dialogue with young people. These subheadings include some controversial and complex files such as advancing standards for new Artificial Intelligence technologies and increasing energy security. The former will have to be balanced against European technological competitiveness. The latter, largely, involves reducing dependence on Russian gas.

Russian power politics, based on being an essential energy supplier in Europe, have particular geopolitical importance for Croatia. Russia values influence over other countries, and eyes Croatia to have access to the Adriatic Sea. Croatia has European Commission funded Liquified Natural Gas (LNG) terminals as an alternative form of gas provision. As of now, these are not commercially viable (LNG imported from overseas is more expensive than Russian gas) and so their full capacity is not being used.

The energy question could be a springboard for discussing renewables and would provide the Commission with an opportunity to exercise its ‘geopolitical’ credentials.

‘A Europe that protects’ also has the potential to be a controversial priority area. Croatian civil society has raised concerns that the Presidency has classed migration and refugees under this heading. Doing so suggests that people seeking sanctuary are a threat to the European Union. This heading also includes counter-terrorism measures online, the rule of law, democratic principles and fundamental values, and combatting intolerance and disinformation. The counter-terrorism proposals have raised concerns among civil society activists. They fear the use of upload filters and false-positive deletions of legitimate content.

The Croatian presidency’s aim to reform the Common European Asylum System is ambitious. It was impossible to find an agreement over the last few years. Croatia itself faces accusations of violating migrants’ rights. Allegedly, it used illegal and violent pushbacks to Bosnia, in the service of its key goal to join Schengen.
Finally, ‘an influential Europe’ involves upholding multilateralism and the rules-based global order, international development policy, crisis response capacity, and the European future of the Western Balkans. The Western Balkans and enlargement is the biggest challenge, bar the EU budget, facing Croatia’s presidency. Most of these countries (apart from Albania) recently used to be part of Yugoslavia alongside Croatia. They now look to the Croatian presidency to speed up the enlargement process. The European future of the Western Balkans was put at risk by the French veto, in an attempt to refocus the EU’s efforts on internal reforms. Zagreb will need strong diplomatic skills to progress reform files while keeping enlargement at the top of the EU’s agenda. The EU-Western Balkans summit in Zagreb in May will have symbolic value as the 20th anniversary of the initial Zagreb Summit. This will not be enough. To hold value for the people of the Western Balkans, the EU must commit to and follow through on accession within the next decade.

Overall, Croatia’s programme for the Council of the European Union presidency is rather ambitious. The presidency holds an opportunity for the country to show diplomatic skill and increase its value as a partner in the EU. There is also a risk of failure to carry out such an ambitious programme. The twin challenges of internal divisions and geopolitical developments are not unique to the Croatian presidency. However, the experience of negotiating Brexit, the Budget and the Balkans simultaneously is an unprecedented baptism of fire.