Europe’s rail companies merger as a metaphor for our future 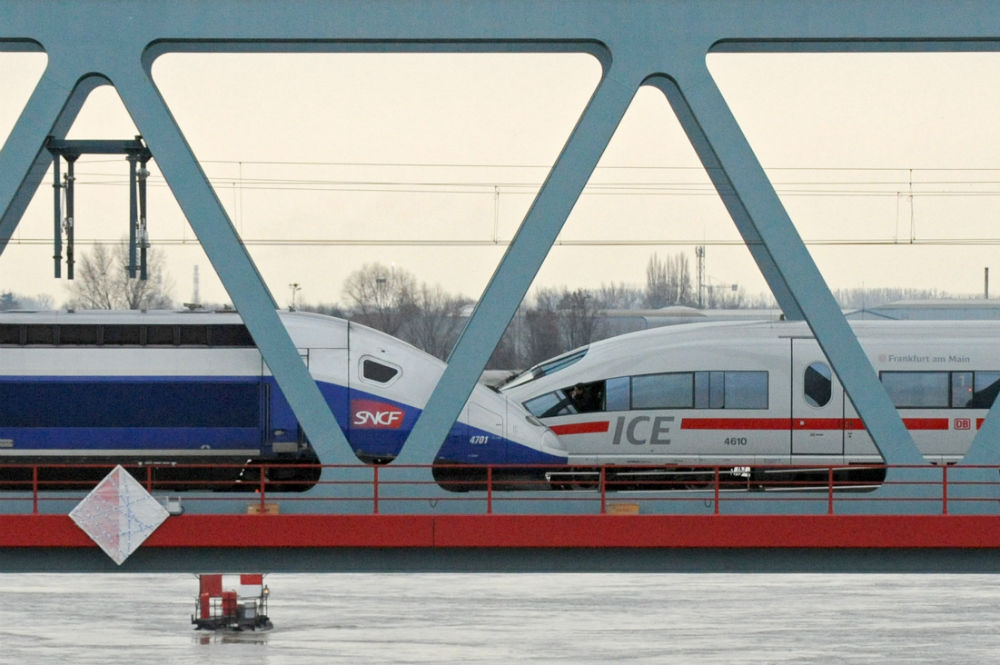 With the agreement signed on Monday (the 26th of March), rail manufacturers Alstom and Siemens are set to merge into one giant company. The French and German corporations were discussing the deal for a while now and it seems all the details have been smoothed over and the two rivals are ready to join hands in order to compete on the world stage. 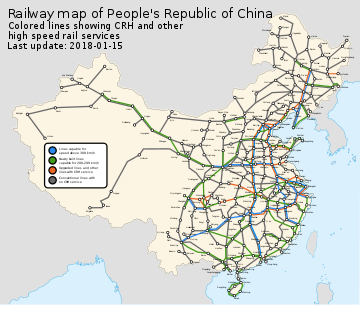 In particular, this move was done to compete with a company that is growing and neck-breaking speed and cannibalizing the global market: China’s state-owned CRRC. This company, which was formed thanks to a merger in 2015 of China’s CNR and CSR, has grown to monopoly level in its own country and it’s by far the company with the biggest turnout in the sector at the moment. Thanks to Beijing efforts to bring the country into the 21st century, China has seen an infrastructure explosion, in particular in the high-speed rail and Metro systems. Started from scratch in 2010, the country now can boast the biggest high-speed rail network in the world and is now looking to sell this technology abroad. Thanks to the government-backed program “one belt one road”, China set its mind into creating an international infrastructure-based network, expand its influence in the region and boost its exports everywhere. Thanks to the expertise gained by their home network and the country growing presence on the world stage, CRRC is winning contracts all around the globe, from railcars in Boston and LA to entire new lines in south-east Asia, Australia, and India. In a sector where the United States have little to say, who is set lose the most from this growing primacy are Europeans and Japanese companies, once leaders of said sector. 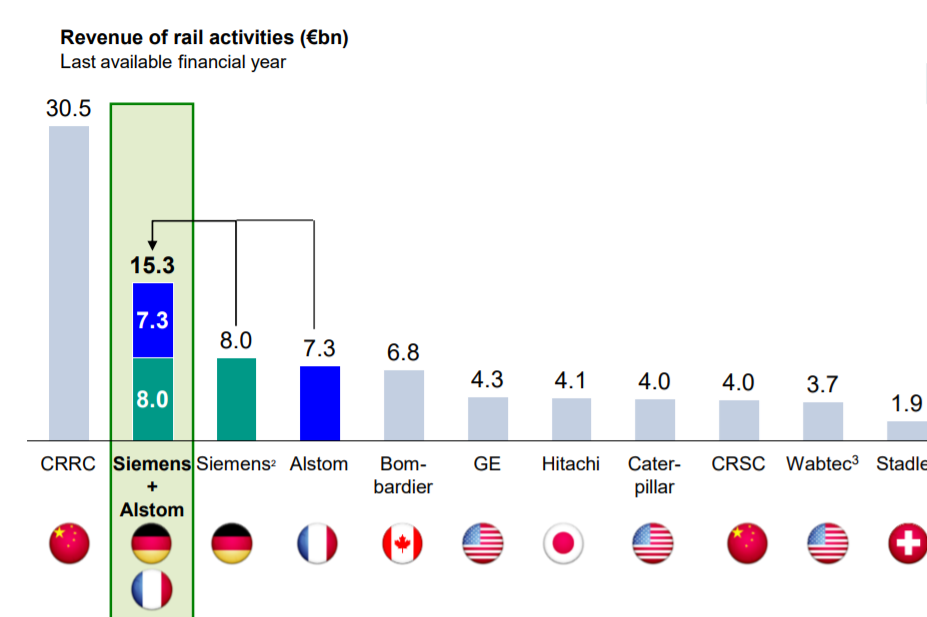 To counter this, France and Germany are looking into creating a champion able to compete on the world stage with the Chinese giant and fight the battle while they still have an army to field. The new company will be headquartered in France with Siemens owning 50% of Alstom and gaining at maximum another 0,5% in the next four years. This was a signal to placate growing tension in France about the fear of losing jobs in the country and, in general, of losing control of such an important actor for France’s economy. Furthermore, the company will be valued on Paris stock exchange and will have a French CEO, the same that was guiding Alstom up until now. On top of all of this, French Economy and Finance minister Bruno La Maire confirmed the national rail operator SNCF will place an order for one hundred new generation TGV trains with Alstom within the next three months, thus signaling France absolute trust in the company and it’s business decisions.

The reason why I have decided to talk about this seemingly very technical and niche subject, is that I believe it offers a good metaphor of the role Europe should play on the world stage.

In the past few years, the diplomatic and economic weight of European countries has been diminishing in a world that it’s moving forward. From Trump trade wars with China and the EU, to Chinese dumping passing from Russia’s aggressive foreign policy and Europe’s inability to be a decisive actor in Africa and the Middle-East, Europe is now more alone than ever. In a world ever more connected, a few dreams of shared governance and dialogue-based diplomacy have taken more than one hit. If Britain is always mocked for its delusion of still being the vast empire it was, I believe Europe as a whole is not that far behind in terms of overestimating oneself. Up until a bit more than a century ago, Europe’s accounted for 25% of the world population and an absolute economic domination, one that it’s not even worth mentioning in numbers. Yet as we all know, while the aggregate EU economy is still battling for the number one position, it’s nowhere near the dominant position of the past, one that could influence the world in doing what it needed to solve its problems. Now (for half a century now) we face the reality of being one of the many actors of the world stage, but one that in my opinion still overestimate just how much influence can still hold. I believe this miscalculation is currently being corrected, with an ever-increasing interest of the public opinion on the life in Brussels (and consequent divisions and protests), which is in some way a reflection of the evolution of the idea of Europe itself. Up until now it often moved by inertia or thanks to a strong push by one or more leaders who foresaw the need for a compact Europe in the world.

Multi-billion dollar businesses are not waiting for Governments to solve their internal squabbles though and are moving forward and taking actions to compete with the rest of the planet. Alstom-Siemens is a good example of that, but it starts another battle that the EU is not ready to fight as of yet. Beijing can, at the moment, provide an almost infinite amount of cash to foster any economic sector it deems important and as such, it’s helping Chinese companies succeed and is using its influence to make even more money. The “one belt one road initiative”, aptly renamed “the new silk road” is a good example of how having a compact and unified voice helps them achieve and maintain stronghold position is remunerative sectors such as heavy industry and cutting-edge technology manufacturing. Now and for sometimes the question is: will we continue to compete on the small national scale or will we merge to compete at the only scale it matters, the global one?