Italy and the Franco-German Alliance

Panel debate on the result of the Italian elections 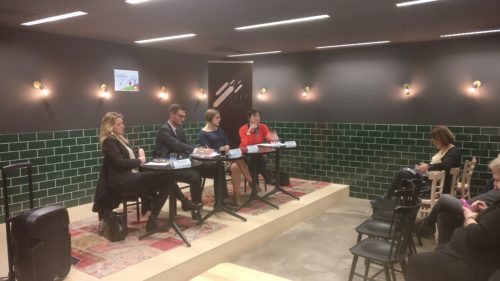 Franceso Ronchi, political advisor to the S&D group in the European Parliament started the debate by calling the elections as a turning point for the modern Italy’s history. From his point of view, it’s not only a turbulence but a hurricane that can radically change the whole Italian landscape.

He explains that the traditional mainstream parties have been wiped out. Ten years ago, the predecessor of Forza Italia and the Democratic Party scored together more than 70 percent of the votes. Now, they got only 32-33 percent. In 2008, the Lega Nord got 9 percent together and the Five Star Movement didn’t even exist. Now, they score together 50 percent. The left has a long list of defeats, though. But in the past, they could always go back to their basis to rebuild the movement. This time is different because only 10 percent of the blue-collar workers supported the Democratic Party, and their other core group, the civil servants have also turned their back on them. The “Italia rossa” or the the red Italy doesn’t exist anymore.

Mr. Ronchi gives three reasons for these changes: migration, economy and democratic renewal. Since 2014, more than 600 000 people have entered Italy illegally. The government didn’t have a consistent and coherent attitude towards this phenomenon. During the first year, they tried to cover up the problem. Then the minister of interior affairs said that the migration can threaten the country’s democratic stability. The fear has weakened an already struggling society.

The economic situation is also problematicin Italy, points out Mr. Ronchi. Besides showing their  achievements, the mainstream parties should have told the truth to the voters. The elections have also confirmed that Italy is confronted by a democratic crisis. Political opportunism, patronage and corruption have undermined the faith in the government. A member of the Italian parliament has changed his party nine times in the last five years, which is a systemic characteristic of Italian politics.

The speaker believes that the elections results can be explained by something deeper, which appears everywhere in Europe. From Greece to France, voters are fed up with the existing political order. It is challenged by all of its three pillars. Many of the voters are skeptical about the representative democracy its institutions, like the parliament, the trade unions and the political parties. The Lega Nord and the Five Star have been able to interpret these feelings. The last one has introduced a new way of a more direct democracy and spread the message that politics can be made without the traditional politicians and hierarchy, creating a kind of horizontal structure.

The Lega Nord opts for the vertical vision of a strong leader who has the power to decide and the borders of our local communities. The Lega defines the identity by ethnicity, while the Five Star identifies themselves as “being the people”.  Our society is also characterized by a greater hostility towards the free game of the liberal market, which has changed a lot since the 1990s.

Mr. Ronchi considers that Italy can be the laboratory to test if these tectonic shifts would be able to make a remarkable impact on Europe. The election results have already shown that the foundations of the whole European project, the liberal political order, the borderless zone of Schengen and the free market-driven economy are profoundly challenged.

Federica Sabbati, the vice president of the European Movement International starts her presentation by quoting some figures. Italy has always been one of the most pro-European amongst the Member States of the EU, but the last general elections hasn’t brought an unexpected hurricane, it was building up for some time. Data from the European Council for Foreign Relations rank Italy 23rd out of 28 Member States when it comes to individual support for the EU, which is considerably lower than the 10th position a decade ago. Moreover, according to Eurobarometer, only 34% of Italians tend to trust the EU and a similar number want to get out of the EU, which is second place after Greece.

She continues by saying that these statistics are very different from the trends when she arrived in Brussels ten years ago, which is disheartening for a pro-European. She explains the decline of the EU’s popularity in Italy with the financial crisis and the overall health of the economy in the country. What we saw in these elections was one party and a half campaigning very strongly on an anti-EU ticket and have, in fact, toned it down compared to the period before the elections. The Five Star Movement was one of those parties calling for Italy to get out of the Eurozone. The Northern League as well campaigned on criticizing the EU but focused more on immigration and how Italy would have dealt with the crisis in a better way if it hadn’t had the limitations from the EU. A transversal argument used in the campaign was how the austerity measures imposed to the country were limiting the growth of the country.

Ms. Sabbati was a candidate of a party called +Europa (in coalition with the Democratic Party) and one of the few party with a clear pro-Europe agenda. They argued that these problems could be solved by more Europe and not less. But in the end, they got 2,55%, so the electorate wasn’t convinced by their reasons. Unsurprisingly, the ratio of pro-Europe Italians abroad is much higher. The +Europa have got an overall 8% in the European constituency with peaks of 15% in countries like France and the UK. She pinpoints the economy as the major catalyst for the decline of support vis-à-vis the EU. Eurobarometer surveys has shown that the biggest issues for Italians are first unemployment, second immigration and third comes the economic situation. Arguably the economic situation and unemployment go hand in hand which means that the economy has played a big role in this decline. Politicians have being saying for years that the Eurozone is not working for Italians and therefor is unsurprising that people link the current downturn with the common currency. Same argument goes for immigration where Italians feel left alone bearing the blunt of the crisis even though many migrants continue on to Germany and Sweden. The fact that Europe is blamed for all of this “evils” and Italy is not, of course, explains why Italians feel that Europe is indeed to blame. On the issue of trust of the institutions, historically Italians have not trusted them but still the polls show that they have give more trust to the European rather than the Italian institutions. Furthermore, on the topic of the liberalization of the market, the speaker thinks that it’s still thought as a positive thing that Europe brought to the country. She works with businesses from Italy and they know that the common market is helping the Italian economy as well, especially because Italy is an export-based economy.

Ms. Sabbati finally talks about how Italians have the perception that their voice counts less than others while on the other hand of the spectrum Denmark and Germany’s citizens are more satisfied in their representativeness in the Union.

Our third speaker, Rosa Balfour, senior fellow at the German Marshall Fund of the United States points out that other countries should recognize how quickly Italy has shifted from being a pro-European country to becoming an Eurosceptic one. The change started during the second Berlusconi government, when they took a clearly stand behind US President George W. Bush’s wars in Iraq and Afghanistan, and questioned their European alignment. It was also the period when all the political parties engaged into a blame game with Brussels, which has really articulated the debate how the EU membership is perceived in national politics.

Ms. Balfour continues with a slightly contradictory point of view, claiming that the Italians feel to be abandoned by Europe in terms of the adaption to the Eurozone and the support for tackling the flux of irregular migrants. The European Union has failed to produce relevant policies that resonate with citizens’ desires. The recent elections can also be considered as a negative assessment of what Europe has done for Italy. 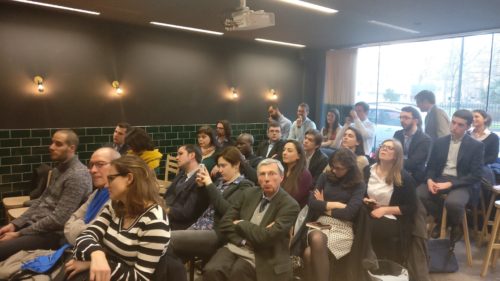 On the other hand, this phenomenon can’t only be related to Italy. In the whole world, there appears to be a very little space for rational choice to assess policy. The Five Star has governed without very much success in several cities, including Rome, but people still voted for the movement again. The Democratic Party has tried to perform an evidence-based campaign, focusing on the achievements. But even if the government has some positive results in the social sphere, nobody cared about, like it happened with the remain campaign proceeding the Brexit vote in the United Kingdom. The major lesson for Europe is that it is not sufficient to produce better policies that responds to the voters’ needs and preoccupations. Identity politics matter a way more.

Ms. Balfour calls for watching out for the alliance between the far-right and the center-right. In Italy, this cooperation has existed for a long time. The Forza Italia used to be a populist party, and only considered as a center-right party after these recent elections. The Five Star can be placed with difficulty on the left-right spectrum, but the speaker argues that their policy proposals are closer to the right. The traditional right’s shift to the far-right is a global phenomenon. It is happening in the United States, in Austria and many other countries by making alliances or taking over far-right political agendas.

The forth lesson is about the Five Star. The expert admits that one can debate about the party’s democratic functioning, but they do indeed a lot of on-line polls, which is why they are considered innovative. They have created an on-line system that allows outsiders to participate in politics and bypasses all traditional political communication. The Five Star Movement has captured the people’s desire to participate in the decision-making in a different way and they use technology to do that. So, we can conclude that the crisis of the political participation that empowers these parties.

Ms. Balfour is convinced that Italy has played a very constructive role in the European integration from the beginning as a bridge-builder. In critical moments, it has found solutions to move forward. For the moment, we don’t know what kind of government will emerge. Possibly, it will be very weak and quite likely Eurosceptic, so it won’t play that historically constructive role, which might be difficult in the crucial moment when France and Germany start to work on bringing new ideas about the future of Europe. With the leave of Britain, the participation of other countries becomes even more important. The Member States will have to refocus in their alliances, while neither the Fiver Star, nor the Leage, and not even the Forza Italia are equipped to do this because they have been focusing on other issues and don’t have the necessary connections.

Italy’s positions are also weakened because there isn’t any other European state that would push forward country’s interest in alliance with Roma. Spain is deeply involved with its constitutional crisis, while Poland is getting to be some sort of rough state, while the Northern countries are already put forward proposals that block France’s measures favoring the South, including austerity and rigidity in the way the Eurozone is managed.