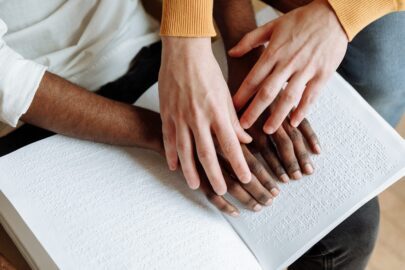 The council recommendation of 22 May 2018 on promoting inclusive education (2018/C 195/01) declares that the Member States of the EU should provide inclusive education by giving all learners quality education and providing them with the necessary support according to their needs. More recently, in 2021, the European Commission adopted the strategy for the rights of persons with disabilities 2021-2030 to ensure (among other goals) the equal access to education for all people. The document states that all institutions for education, as well as all legislation concerned must provide the conditions for an inclusive approach and clearly criticizes “special schools which do not always offer effective bridges to the mainstream education system (…)” (European Union, 2021). It is clear that the European Commission fosters an inclusive education model in which pupils with and without disabilities are taught together, while discouraging sending students with special needs to so called ‘special schools’. However, this poses a challenge to countries which have a long history of educational segregation and work with special needs schools. This challenge is not only structural and organizational but also on the effort it takes to change the mindset of those involved in this process – especially teachers, school principals, and political decision-makers.

One country which has been going through this process since its signing of the UN Convention on the Rights of Persons with Disabilities (UNCRPD) is Germany. Germany has a long history of segregated education. It started in the end of the 19th century with the “Hilfsschulen” (auxiliary schools). The primary target group of the auxiliary schools consisted of pupils, for whom the pedagogical approaches of elementary school did not seem to work. In addition to the development of a specific education model for these children, the auxiliary school also had the function of “relieving the burden” on the elementary schools (Eckert, 2009). Parallel to the development of the auxiliary schools, individual efforts were made in the 19th century to provide schooling for pupils with sensory disabilities, including schools for the deaf and blind (Eckert, 2009). The differentiation of the special school system finally reached its climax in the 1970s, when the individual federal states designed ten special school types based on the “Recommendations for the regulation of the special school system” adopted by the Conference of Ministers of Education and Cultural Affairs in 1972. Special schools for the visually impaired; the hard of hearing; the mentally handicapped; the physically handicapped; the sick; as well as the learning, speech, and behaviorally handicapped were set up (Eckert, 2009). This involves not only the physical creation of schools, but also the formation of specialized teachers to work in these institutes. Currently, in Germany, it is possible to get a Bachelors and Masters’ degree in each of these different specializations.

However, in 1994, the term “auxiliary schools” had been abolished and was replaced by “special needs schools”. In this sense, the focus of education for students with disabilities became “special educational support”, which can take place – according to the recommendation of the government – both in special needs schools and general schools (Eckert, 2009). This debate has since then sparked controversy with educators and parents. Some claim that the co-education is difficult to implement. Moreover, regular and special education teachers seem to have irreconcilable positions in their wish to differentiate models of learning. Some argue that the existence of the special needs school is justified by the parents’ right to choose where and how their child will learn. On the other hand, Erhardt (2021) pushes the focus towards questioning the actual well-being of the child, not that of the interests of the teachers, parents, associations, or providers. The supposed best interests of the child are often used as an argument to justify special educational institutions or to keep children with special needs away from the regular system. The monitoring agency for the UNCRPD states that the maintenance of the current two school system in Germany cannot be justified in terms of the right of choice of the parents, because the right to inclusive education is a right of the child (Aichele & Kroworsch, 2017). Therefore, the current educational system does not comply with the UN CRPD and the EU policies. The questions as to what is being done in Germany to change it arises.

A recent comprehensive analysis of the inclusive education situation in all sixteen German federal states concludes that every federal state implements a different policy. The analysis has divided them in different groups. Baden-Württemberg, Bavaria, Rhineland-Palatinate and Saarland are described as “structurally persistent” states, which fully adhere to the segregational approach. A real transformation towards an inclusive school system is not recognizable. The rate of pupils attending special needs schools in these federal states has hardly fallen since it came into force, in fact it has even risen in some cases (Steinmetz et al., 2021). Other states are categorised as “ambivalent” regarding their development towards an inclusive school system, which means, although children and young people with disabilities are formally granted the right to access regular schools, this is subject to a wide range of restrictions. Another negative consequence of the preservation of the double school system is that the necessary special educational support offers remain tied to the special needs school and therefore are missing or not fully set up at the general schools. The resources and specialized teaching staff should be available in all general schools – close to the pupils’ homes (Steinmetz et al., 2021). What is currently observed in some federal states is that a few general schools are named as focus schools for inclusion. What might appear as a good idea raises the question as to what happens to students who do not live near these focus schools, since they are not widely available. The availability of inclusive education close to home, which is a key guarantee of the UNCRPD, is thus significantly restricted. However, there are federal states which can be categorised as “inclusion-oriented” for their policies and practices, such as Hamburg, where the school law stipulates an “unconditional” right to school inclusion and thus fully meets the requirements of Art. 24 UN-CRPD in “accessibility” (Steinmetz et al., 2021).

All in all, it can be said that the federalism in Germany contributes to a very complex — and hard to analyse — system for the education of students with special needs. Nevertheless, it opens space for federal states to experiment and design inclusive educational approaches which can be used as example and inspiration for others. It is, however, still important to mention that the federal states meeting the requirements of the UNCRPD and the EU policies are the minority (3 out of 16). While some politicians still try to brush off the inclusion debate and the end of special needs schools due to it being “an emotional topic” (Streese & Kluge, 2019) to avoid clashes with teachers’ unions, it is crucial to raise awareness for the topic, especially with teachers of general and special needs schools. Only through the work of multi-professional teams the implementation of inclusive education will be successful – for this, the cooperation between regular teachers and specialized teachers will be indispensable. Thus, the time has come for teachers to stop working in parallel and start working together in all schools in order to offer access to inclusive education to as many pupils as possible. In an inclusive education it is not about the wishes of parents or the concerns of teachers – it is a matter of the child’s well-being and participation in the society.