Europe can still save the transatlantic alliance 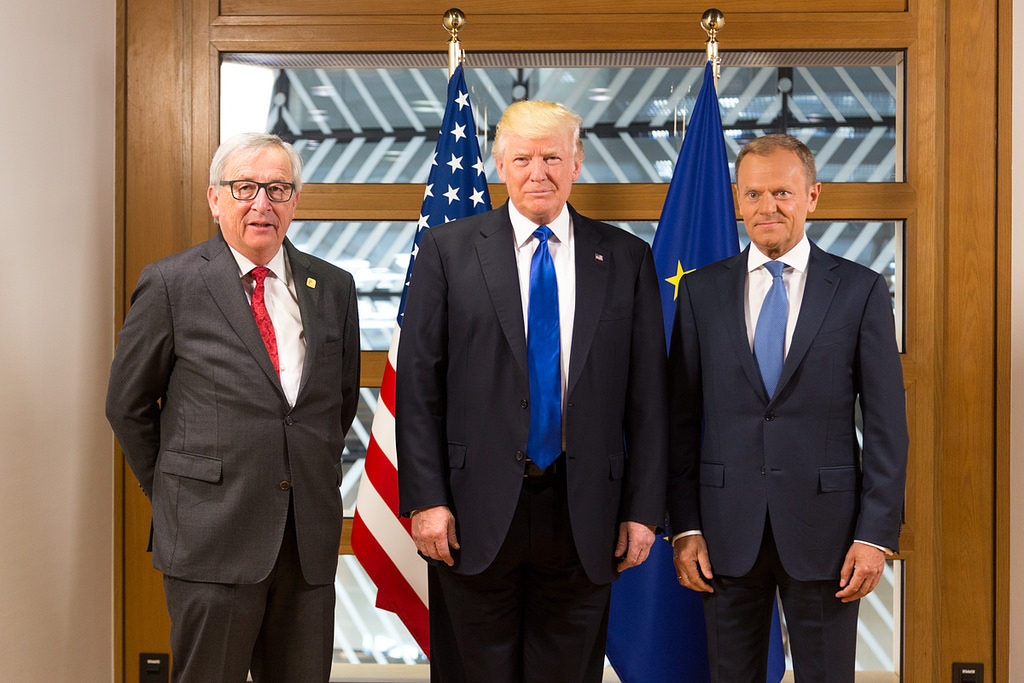 “He has done damage that the Soviets would have dreamt of.” Asked for comments on President Donald Trump’s impact on the transatlantic relationship by the Washington Post earlier this month, the former Foreign Minister of Germany Sigmar Gabriel did not mince his words. But while it is true that the unstable administration in Washington has done significant harm to the trust between the US and its European allies, the United States as a whole has not abandoned its commitment to the transatlantic relationship. The EU should not make matters worse by being complacent and failing to reach out to America beyond Trump.

For critics and supporters alike, Trump presents a mirror that reflects each lookers’ own fears, hopes, and arguments. To his critics, he represents both a 6-foot-3 clueless manbaby who cannot be reasoned with and a wannabe nationalist strongman out there to destroy the EU together with the whole liberal democratic order. He is simultaneously portrayed as a mere useful tool for a dangerous cast of neoconservative hawks in the US government and a bomb with no safety pin catching his own administration frequently by surprise.

The laughter at Trump’s digital tantrums and governance by tweets which perpetuate one caricature is regularly met with the more serious realisation of the implications of the President of the United States singling out specific media outlets as the “enemy of the people”. We cannot even agree whether his outbursts are signs of some kind of mental imbalance that should disqualify him from serving as the president or whether they are ploys to distract public attention from one scandal or unpopular policy to a completely different issue. The media certainly follows like a cat after a laser pointer.

In Europe, Trump is mostly seen as a wrecking ball hurtling through long-standing alliances. He cheers for Brexiteers, gives legitimacy to the illiberal nationalism of right-wing populists, and risks European security by threatening to pull out from NATO and scaling back American involvement in international organisations. Last year Trump even called the EU one of the US’s biggest “foes”. This February, he threatened to “tariff the hell out of [the EU]” unless the bloc agrees to more favourable trade rules with the US. As things currently stand, the objectives of the current US administration and the EU lie so far apart from each other that the alliance’s ability to work together has been significantly weakened.

The transatlantic partners are diverging on values too. For example, during a speech in Brussels last December, Trump’s Secretary of State Mike Pompeo celebrated European states reasserting their national sovereignty and questioned if the EU is “ensuring that the interests of countries and their citizens are placed before those of bureaucrats”. More recently, Pompeo’s tour of Central Europe provided the illiberal governments of Hungary and Poland with the opportunity to present themselves as mere defenders of “the Christian heritage”, echoing Trump’s statements about safeguarding conservative values in his Huntington-esque 2017 speech in Warsaw. For the EU, which currently has Article 7 proceedings in place for both nationalist illiberal governments, the situation is less than ideal.

At the same time, however, most internal and external problems in Europe, from the rise of undemocratic illiberalism to Russian aggression in the Eastern neighbourhood, existed years before Trump assumed office and will continue to exist years after if we blame him for our incapacity to sufficiently address them. The role the Trump administration has actually played in all of this is challenging Europe’s complacency by seriously undermining the status quo of the 70-year-old Western security arrangements. This has raised some difficult and controversial questions.

There is no denying that the Trump administration has forced the EU to reconsider its positions on security, defence, and autonomy that are in urgent need of answering. Compared to the EU’s diplomatic efforts and economic status, the bloc is simply a hard power weakling on the global stage. For example, as things currently stand, 80% of NATO contributions will come from non-EU members after Brexit despite 72% of NATO member states still being members of the EU. Reducing some of that imbalance would certainly improve the Americans’ opinion of their allies in Europe. In addition to financial concerns, the EU needs to equally clarify its common goals as an international actor and reform its decision-making structures to increase responsiveness.

For instance, drastically boosting common defence cooperation to develop the EU’s strategic autonomy and reconsidering the Council’s rigid unanimity rule on foreign policy matters to improve the EU’s effectiveness when it comes to responding to global events as one voice are required for the EU to gain credibility as an international actor on its own right. There may be no return to what has been considered normal in the transatlantic relationship thus far after the Trump presidency. The EU must be prepared to accept this. In the words of Donald Trump’s speechwriter: “Europe must demonstrate that it believes in its future.”

This is not to say, however, that the EU should turn its back to the US in order to go it alone. After all, the Trump administration is only temporary. A stable, united, and westward-looking Europe is in the US’s best interests (and the EU’s, of course), and both sides of the Atlantic continue to have more in common than what divides them. Congress has demonstrated its unwavering support for the transatlantic alliance despite Trump’s flirting with revisionist strongmen and threats to dismantle NATO. This January, the House passed a bipartisan bill that reaffirmed the country’s commitment to the military alliance and prohibited the use of federal funds from being used to withdraw from the defence alliance.

All in all, Europe still has its allies in Congress, states, and cities across the US. As Virginia Congressman Gerry Connolly, who led a delegation of the US House of Representatives to the NATO Parliamentary Assembly this week, said of the visit: “I think it is a reminder tour that the United States Government isn’t just one branch.” To repair the transatlantic alliance, the EU needs to assume larger responsibility over its global presence and look for allies deeper than the executive branch.