US State Secretary Pompeo’s tour a mixed bag for Europe 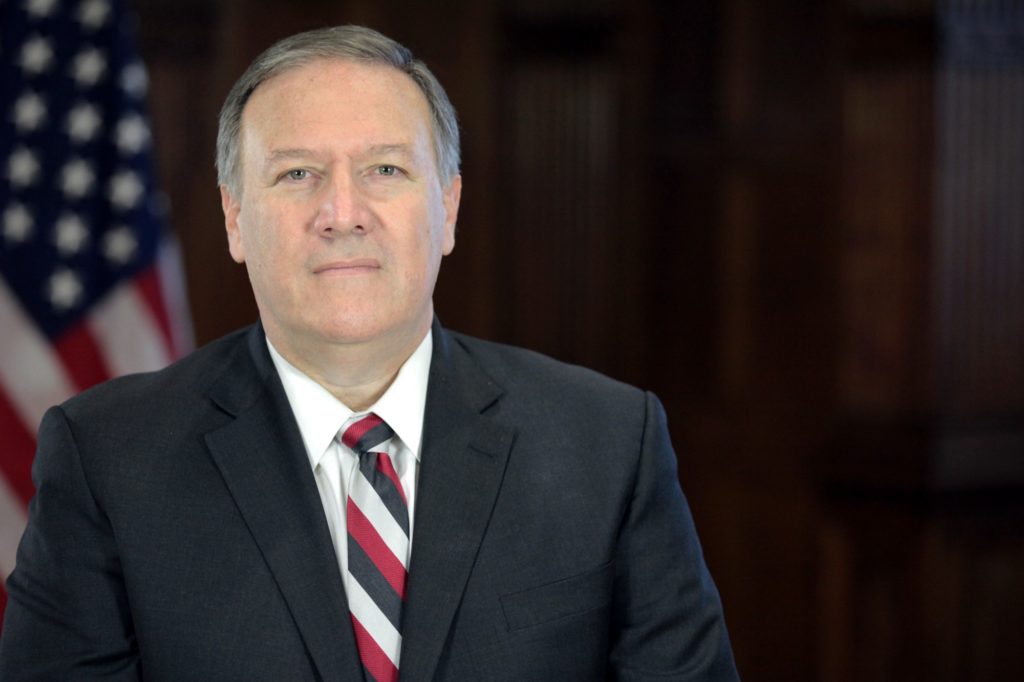 On Monday (11 February), the United States Secretary of State Mike Pompeo arrived on his divisive unifying tour of Central Europe to encourage the region to look towards the West. Despite the US Department of State characterising the trip as a visit to mark the 30th anniversary of Hungary, Slovakia, and Poland tearing down ‘the Iron Curtain to reclaim their freedom and sovereignty, choosing the path of Western democracy denied to them for decades’, the main function of Mr Pompeo’s visit has been to oppose the growing influence of Russia and China in the region. For the EU, Pompeo’s visit comes with mixed feelings.

First of all, whether he wants it or not, the visits come as free gifts to the illiberal governments of Hungary and Poland. In a joint press briefing with Pompeo on Monday, for instance, the Hungarian Foreign Minister Péter Szijjártó did not miss the opportunity to boost Viktor Orbán’s policies by drawing parallels with the Trump administration. He called both countries “patriotic in terms of their policies” and said that the importance of safeguarding “the Christian heritage” worldwide united Budapest and Washington. The EU currently has disciplinary measures in place against both Hungary and Poland for undermining the rule of law and the Union’s fundamental values, and an official US state visit risks legitimising these government’s and their actions at the heart of Europe.

But then again, Pompeo is not an EU fan: in a speech at the German Marshall Fund in Brussels in December, he celebrated states reasserting their sovereignty and called for reforming the liberal international order to “respect national sovereignty”. So perhaps the European rogue states are not so much a concern for him, as long as they assert their sovereignty under US influence rather than under the influence of Russia or China.

In addition, the US Secretary of State attended a two-day Middle East summit in Warsaw alongside Vice President Mike Pence. Both men pushed the trump administration’s aggressive anti-Iran message, calling for the EU to back Washington’s sanctions on the Middle Eastern state. The Commission, France, and Germany have been particularly annoyed by the controversial conference and have refused to send diplomats to the meeting, while simultaneously attempting to dilute the summit’s Iran focus from the outside. In the worst-case scenario, potentially emerging fractures in the EU’s common position on Iran could seriously hinder the bloc’s diplomatic efforts in the Middle East, as foreign policy decision-making still requires unanimity voting in the Council. It also bears the risk of the US further alienating some of its Western European allies.

On a more positive note, however, the strategy of the US to curb the influence of China and Russia in Central Europe overlaps with the EU’s own efforts in the region. Both Washington and Brussels have come to identify challenging weak governance, bolstering the rule of law, and tackling corruption as the central means for achieving their individual objectives in the region, namely reducing the influence of hostile powers and to uphold European values, respectively. In Hungary, for example, Secretary Pompeo met with members of the civil society critical of Mr Orbán’s politics, while also announcing that the US will increase funding for independent media and strengthen law enforcement cooperation in the whole region. It is, however, doubtful whether the shared goals will lead to common coordinated action in the near future given the low levels of mutual trust between the partners on both sides of the Atlantic.

After turning away from the region during the Obama years, the US is seeking to return to Central Europe with a stronger presence. “When we’re not here, others will follow and they’ll show up,” said Pompeo during his press briefing in Hungary. Good old great power competition is driving America back to Europe, but likely in a way that is drastically different from before.

Foreign policy exerted by the Land of the Free under its current administration is a frantic and inconsistent one, looking more often towards national sovereignty, strongmen, and spheres of influence than the liberal, rules-based multilateral post-WWII order. And what is Central and Eastern Europe for the realists of international relations if not an influenceable sphere?

Well, to be fair, it is also a good business opportunity – the Central European NATO members have been growing their defence budgets at the fastest pace in Europe since the Russian aggression against Ukraine began. Slovakia alone is modernising its military with mostly American-made equipment to the sound of €6.5 billion by 2030. No wonder Pompeo stopped in Bratislava.