1 in 6: Mental Health in Europe

1 in 6: Mental Health in Europe 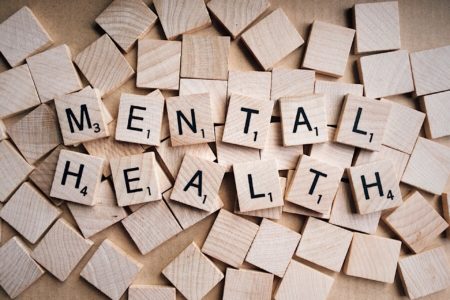 This post will discuss suicide prevention and mental health. There is help and support available for anyone who’s been affected by these issues, in Belgium and further afield:

The World Mental Health Day 2019 took place on the 10th of October, and was marked by a European Parliament event hosted by Mental Health Europe. This included presentations from policymakers and people with lived experience of mental health conditions.

Both the statistics and personal experiences starkly demonstrated that there is a lot of work left to do on mental health in Europe. The OECD has produced a number of documents on the topic. In its Health at a Glance: Europe 2018 report, it notes that the total costs related to mental ill health amount to about 4% of the EU28’s GDP in 2015. That’s €600 billion euros, of which €190bn in healthcare spending, €170bn in social security, and €240bn of indirect labour market costs (for example, productivity loss and unemployment.) They add that this may even be an underestimate; it does not take into account increased social assistance and work-injury payments, potential cost increases in treating someone with physical and mental health conditions, nor the indirect labour market impact through reduced hours or employment rates for caregivers.

Of course, the economic impact of mental health is by no means the most significant impact. The personal and social impact affects essentially everyone in Europe, whether directly or indirectly. The OECD report above states that more than 1 in 6 people – that’s 84 million people – across EU countries had a mental health condition in 2016. To contextualise this, in the World Health Organisation (WHO)’s European Region in 2018, there were just under 13 million people who lived with cancer (having been diagnosed in the preceding 5 years.)

Spending on mental health services in Europe, in 2015, was estimated at around 13% of total health spending – akin to cancer care spending in many countries. However, the WHO has found that only 38 countries globally have national suicide prevention strategies. Only 10 of them are EU member states, while suicide is the second most common cause of death among 15-29-year olds worldwide. Returning to the Health at a Glance report, only 22 of 31 states in the WHO European Region had mental health promotion or mental illness prevention initiatives targeted at 11 to 25-year olds. The median age for a mental health condition to begin is 14 years old, and for anxiety this is as low as 11. Young people with severe mental health conditions leave school early at a rate 12% higher than young people without any mental health conditions (26% v 14%).

What, then, does a national suicide prevention strategy look like? Let’s examine Scotland’s. The Scottish Government announced it would establish a National Suicide Prevention Group (NSPLG), which would be accountable to Scottish Ministers and the Convention of Scottish Local Authorities (COSLA). That body would include service providers, stakeholders, and people who had been affected by suicidal thoughts and/or suicide attempts. Its role would be to produce concrete actions on suicide prevention, make recommendations to the Scottish Government and/or local authorities, and coordinate public awareness raising.

All National Health Service staff who get mandatory physical health training will now also have to take mental health training, and all local authorities will be offered Mental Health First Aid training for teachers by academic year 2019/20. Some welfare benefits have recently been devolved to Scotland, and the new Social Security Scotland agency will train its staff in talking about mental health and suicide prevention.

Other elements of the strategy involve a public awareness campaign to reduce stigma, a Scottish Crisis Care Agreement, sharing of best practice to inform recommendations by the NSPLG, using technology to improve suicide prevention, focusing on vulnerable groups as well as children and young people, effectively using data and evidence with partners, and ensuring all deaths by suicide are reviewed and any lessons learned are acted upon. It also provides an extra £3 million in funding up to 2021 to support the NSPLG. Existing Scottish Government funding of support services for people potentially at risk of suicide amounts to over £2 million a year.

The new Commission must ensure that these programmes can continue to share best practice and support Member States in developing and improving their mental health treatment systems, ahead of the Multi-Annual Financial Framework. With that in mind, Mental Health Europe has produced 10 policy recommendations, categorised as follows: developing and implementing national prevention plans and strategies, awareness raising, education and fighting stigma, exchanging good practices, and strengthening communities .

Whether we have mental health conditions ourselves, or know someone who does, every European citizen would benefit from improved mental health services. For too long, mental health has been neglected in comparison to physical health. This is beginning to change, but it is vital that countries and international organisations alike keep up the momentum.