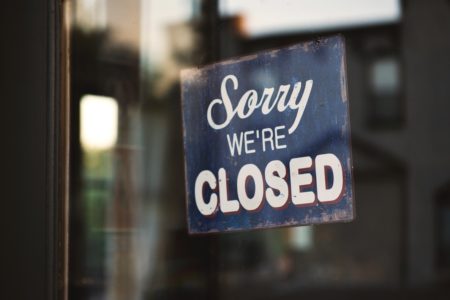 Ursula von der Leyen spoke of a ‘geopolitical Commission’ while setting out her future objectives. Emmanuel Macron may have just killed that vision off before her Commission even begins. His decision to block starting the accession negotiations with North Macedonia and Albania makes it difficult to take the EU seriously as a foreign policy actor in its own right.

In terms of foreign policy, there are two main schools of thought: the liberal internationalist school, and the realist school. A simplified explanation of the difference is that realism is about the importance of state power and interests above all else, liberal internationalism highlights compromise and cooperation as an alternative to pure power politics. Whichever theory you subscribe to, Macron’s action is damaging.

Firstly, liberal internationalism. The EU itself is a key example of this theory: states fight for their different interests in meeting rooms instead of battlefields. For many European states emerging from authoritarian governance, the fledgling European project meant peace, democracy, and prosperity. That is still the case today, with aspiring members having seen the EU’s transformative effect and so willingly making sacrifices and reforms to join the club. North Macedonia and Albania have made radical, dramatic changes to reach this point: the former even changed its name, and the latter has agreed to have all its judges vetted by an independent panel. Both states have normalised their relations with other countries in the region, which is of paramount importance in the Balkans, the “powder keg” of Europe.  As of yet, they have little to show for it.

Rewarding other states for ‘good behaviour’ only works if they believe the rewards will materialise. If you are promised cake as a child for doing your chores well and then the cake never comes, why would you keep making the effort? More importantly, your parents would not be able to convince you with incentives ever again. Macron’s decision does not just alienate North Macedonia and Albania. He has also signalled to every other country in the enlargement procedure that their reform efforts may have been in vain. Partners beyond the Western Balkans also have no way of knowing whether any commitments made will survive contact with the Council. Macron has not just seriously jeopardised the EU’s enlargement strategy: he has dealt a blow to the concept of liberal internationalism as a whole. For the  Balkans, that means a potential resurgence of nationalist forces. North Macedonia’s rescheduled elections could end up being the canary in the coal mine. For the EU, that means a serious loss of credibility overall. Liberal internationalism is its lifeblood, and if that theory cannot bear fruit in the real world, the EU cannot be an effective international actor.

From a realist perspective, perhaps France has its own interests that would make such a risk worth it. When questioned by Euractiv, Macron’s close ally Natalie Loiseau MEP cited concerns about Brexit and the resulting EU budgetary gap as needing to be resolved before opening enlargement processes, but claimed that France was still committed to closer relations with the Western Balkans. Unofficially, their motivation lies in the fear of public opposition to enlargement, and an attempt to secure compromise from Germany on other EU-related files. Franco-German transactional deals are a key example of how persistent power politics can be. Although France may have legitimate problems with the enlargement process, reforms could be enacted even when North Macedonia and Albania are in the process of their accession negotiations. In reality, France is seeking a figleaf to cover its naked indulgence in power politics.

However, it’s not just the existing members of the EU who may be drawn to the allure of power politics. Serbia, which has already been drifting off the European path, has taken this latest decision as vindication of that move. President Vucic’s statement to the FT that “We need to take care of ourselves. That’s the only way, that’s the only approach. Everything else would be very irresponsible[.]” is the epitome of power politics. For the Western Balkans, “caring for themselves” involves decisions that will drastically undermine EU influence in the region.

This is where Von der Leyen’s ‘geopolitical Commission’ will run into difficulties. Geopolitically, the EU is not the only fish in the sea. There are other places that Western Balkan states can look, as they grow frustrated with unmet promises. China, and its Belt and Road initiative, is only too happy to step into the economic investment gap left by the EU. Again, it is  not only EU foreign policy and enlargement goals that have been sacrificed at the altar of French power plays. China just provides finance without the conditions: it will happily fund energy and transport projects, some of them environmentally damaging, while the EU tries to push in the opposite direction. Turkey is eyeing the region, building its influence not only with the predominantly Muslim Bosniaks and Albanians, but also the key player in the Balkans, Serbia. Russia – as usual – will react to such developments with thinly disguised glee. Ending the presumption that all roads lead to Europe is Moscow’s key Western Balkan policy aim. It seeks to become one of several ‘managers’ in the region, and so will happily take advantage of the EU’s lack of political will.

What may have seemed like an effective political strategy for France in the short-term will come back to bite it in the future. Even if it ends up securing the internal reforms it has demanded, it will have done so at great cost externally. The EU will face a loss of credibility, and a loss of stability in its neighbourhood. Any future promises it makes to countries in the Western Balkans would be met with a simple “Thank you, but we know the French will sabotage us in the end – we will stick with our reliable new partners in Moscow, Beijing, and Ankara.”

It is not France who faces the brunt of the consequences of its actions. The people of the Western Balkans will be put at risk by resurgent nationalism, and the European project will be blamed for failing to meet citizen demands. Together, those two risks are the potential sparks for the next big crisis.