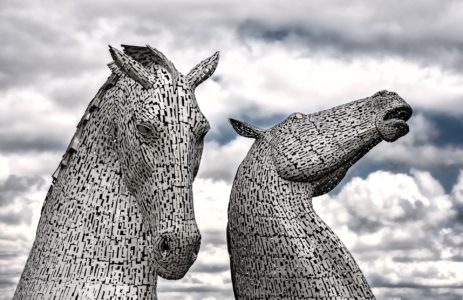 We have decided to organise a panel debate on one of the hot topics being discussed in Brussels in these pre-Brexit days, as a follow-up to our previous analysis on Scotland and the questions surrounding its future. We have managed to invite four distinguished panellists, Sheila Ritchie MEP (Liberal Democrats), Christian Allard MEP (Scottish National Party, TBC), Schams El Ghoneimi, former Brexit advisor at the European Parliament, and Larissa Brunner, Policy Analyst, European Policy Centre. We’ll put some tough questions to the politicians and independent experts and give you the chance to ask some of your own too. The event will be held on Wednesday, November 6th, starting at 17:30 at the Press Club in Brussels (Rue Froissart 95, 1040 Brussels).

The Brexit decision has made life more complicated for both sides of the Scottish independence debate. Just as Brexit raises questions about ideas and values as well as about logistical and practical issues of the UK’s departure from the European Union, the Scottish independence discussion raises similar questions about what role a 21st-century Scottish state would play and how it would be structured.

According to the most recently published poll on the issue, the Scottish public is split on whether they want independence or not. In response to the question “Should Scotland be an independent country?” 46% said Yes and 47% said No, with the remaining 7% ‘Don’t Know’. Looking at only those likely to vote and removing undecideds yielded a 50/50 deadlock. That same group, when asked how they would vote in the event of a No Deal Brexit, split 54/46 in favour of independence. Brexit has, then, had an impact on independence-related opinion, but the size of that impact remains to be seen.

What’s more, the question used above is the same as the one used in the 2014 referendum: Should Scotland be an independent country? The Electoral Commission tests referendum questions on the grounds of clarity, understandability, and neutrality. It approved a Yes/No response for the Scottish independence referendum in its assessment. However, in its assessment of the Brexit referendum question, it moved away from Yes/No questions because the members of the public it consulted felt that Remain/Leave was simpler and more neutral. A second Scottish independence referendum may have a different question, which could also lead to a different campaigning dynamic. Last time, the two campaigns centred their branding around Yes and No.

For the No campaign, there’s a certain irony about potentially being rebranded as the Remain campaign. A key issue in the campaign will naturally be Scotland’s EU Remain vote. 2014 No campaigners are going to face several questions arising from the Brexit decision:

However, the Yes campaign – or, the Leave the UK campaign – will also face questions, despite the potential to benefit from the Brexit fallout. Although their case that Scotland is politically different and its views overlooked has been given a useful case study, they faced difficulties in convincing voters on the practicalities of independence. Those practicalities face additional Brexit related complications.

All this assumes a second independence referendum would be forthcoming. The process of holding a referendum is not straightforward. A Section 30 order allows the UK Government to temporarily or permanently give law-making powers to the Scottish Parliament in particular issues. In 2012, the UK and Scottish governments agreed a Section 30 order allowing the Scottish Parliament to hold a single-question referendum before the end of 2014. The powers then expired, requiring the Scottish Government to ask for another order if it wishes to repeat the referendum. The Scottish Parliament authorised such a request in March 2017. Such a request has not yet been made, but the First Minister has signalled she will do so ‘in a matter of weeks’. For its part, the (current) Prime Minister has signalled that he will reject such a request. The Scottish independence movement has learned from the failings of the Catalan independence movement, and both Nicola Sturgeon and Patrick Harvie (the pro-independence Scottish Green co-leader) have ruled out any unilateral actions in favour of pressing for a legal, democratically valid referendum.

This debate is likely to run on and on, and at the Centre for European Progression we hope we can bring some clarity to the issues surrounding the future of Scotland.

See you at the Press Club on Wednesday evening.