Between a Rock and a Hard Place: Gibraltar and Brexit 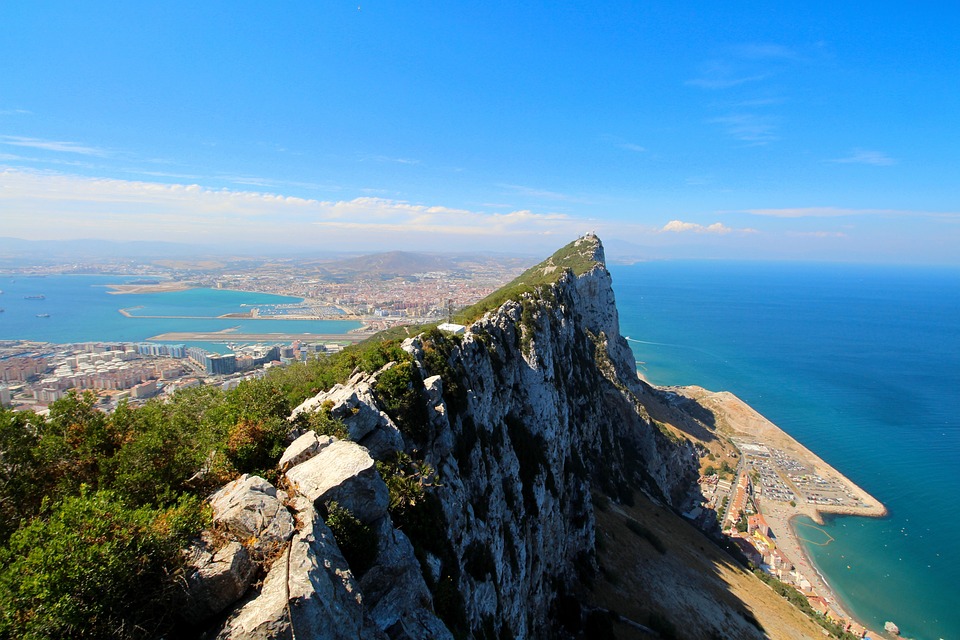 Despite voting 96% to Remain, Gibraltar now faces Brexit: nothing short of a fundamental challenge to what it means to be Gibraltarian, British, and European.

As the UK hurtles towards Brexit, its people have been swept along for the ride whether they voted for it or not. The CFEP has extensively covered the Scottish situation, but the Gibraltarian situation remains under-discussed.

Gibraltar’s story is as, if not more, complex than Scotland’s. A disputed territory between Spain and the UK, its culture, society, politics and economics all stem from its geopolitical situation. As such, it voted 96% to Remain in the European Union. Despite that decisive result, it now faces Brexit: nothing short of a fundamental challenge to what it means to be Gibraltarian, British, and European.

The BBC has a brief explainer of Spain and the UK’s claims. In short, it revolves around a 1713 treaty ceding Gibraltar from Spain to the UK. Anglo-Dutch forces captured its fortress in 1704, and it was then ceded to the British in the Treaty of Utrecht. Spain maintains that the treaty limits British sovereignty to particular areas of Gibraltar. It does not recognise the airport and the territorial waters as UK sovereign territory. The UK maintains that the whole of Gibraltar was ceded to it forever, with no exceptions.

In more modern times, the two states have resorted to different doctrines of international law. The UK relies on the idea of self-determination: the people of Gibraltar have chosen to remain linked to the UK and have rejected shared sovereignty with Spain, and their will should be observed. For Spain, non-interference with the fixed borders of another state (the territorial integrity principle) matters far more than self-determination, particularly for a community which it decries as the result of colonialism.

Gibraltar has been listed as a Non-Self-Governing Territory with the UN since 1946. This is another point of contention between the UK and Spain. In the UN decolonisation process, the UK maintains that Gibraltar is for all extents and purposes decolonised, having responsibility for everything except foreign affairs, defence and internal security. Spain pushes for a solution based on territorial integrity instead of self-determination, citing previous UN resolutions which supported that position. This leaves Gibraltar in limbo. It has a democratically elected government that has the capacity to make its own policy on the vast majority of topics. However, it exists in a liminal space: colonised-on-paper-but-not-in-reality. Under the Treaty of Utrecht, if the UK ever relinquishes Gibraltar, it reverts back to Spain. Even if Gibraltar wanted to be independent – which it does not – it could not be.

Gibraltarian identity is fundamentally shaped by the dispute. During the Francoist period, the border was closed, separating families and leaving a traumatic mark on Gibraltar’s collective memory. One woman recently told Spain’s El Periódico: “My grandmother was very sick in La Línea [the Spanish city bordering Gibraltar] and to go to see her, my mother had to get a ferry to Morocco and from there another to Algeciras. It took over a day and by the time she arrived my grandmother had already died. She never forgave them.” This history has coloured perceptions of Spain to the point that some view its persistence in claiming Gibraltar as borderline totalitarian.

As detailed in a House of Lords report on Brexit and Gibraltar, many Gibraltarians thank Spanish accession to the European Economic Community for reopening the border. Building on that achievement, the Brussels Process began in 1984. It sought to set up UK-Spain discussions, reduce restrictions on moving goods and people over the land border (Gibraltar is not in the Customs Union or Schengen) and provide reciprocal rights for Spanish people in Gibraltar and Gibraltarians in Spain. It failed to directly include Gibraltarians and collapsed in 2002 when they voted against shared sovereignty.

In 2004, the UK, Spain and Gibraltar set up a Forum for Dialogue. This had more success, making deals on pension payments to retirees who had worked in Gibraltar, easing border crossing, Gibraltar dialling codes, cross-border economic cooperation, allowing Gibraltar’s Airport to take part in EU aviation measures, and permitting civilian aircraft to use Spanish airspace.

Finally, in 2007, the Treaty of Lisbon discussions resulted in text setting out Gibraltar’s unique status as a European territory with a Member State responsible for its external relations. Trilateral talks collapsed in 2011 when the hard-line Partido Popular governed Spain once more. During intense border disruption in 2012-13, the UK was able to appeal to the European Commission on Gibraltar’s behalf. It did not find Spain in breach of EU rules but wrote to both Member States with recommendations and kept up ‘soft’ pressure through subsequent inspection visits. More recently, the UK received a preview of what may be to come. One of its MEPs was forced out of his rapporteur position, for resisting Spanish attempts to footnote Gibraltar as a colony.

Post-Brexit, Gibraltar faces economic losses as well as political. Returning to the House of Lords report, Gibraltar is a diverse service-based economy. Financial services and online gaming provide 40% of its GDP and 25% of total jobs. The right to offer financial services in other European Economic Area countries (Passporting Rights) is vital to the industry and will need to be negotiated as part of the future free trade agreement. Ending the transition period without such an agreement could have a serious impact on Gibraltarian businesses. What’s more, almost 33% of finance jobs are held by frontier workers.

It isn’t just Gibraltar that would suffer from increased border controls. Gibraltar is the second largest employer in the Campo de Gibraltar region, the first being the regional government of Andalucía. Andalucía’s government has calculated that Brexit could cost it between 500 and 1200 million Euros, and proposed that it be granted special access to the European Solidarity Fund to cushion the blow.

What else can be done for Gibraltar? Chief Minister Fabian Picardo recently floated the idea of negotiating passport-free travel with the EU post-Brexit. The UK government rapidly reiterated that it would make the final decision. This scenario would be no threat to the Schengen zone: there are border checks between the UK and Gibraltar, and so the idea is worthy of serious consideration. In the past, more headway has been made while the Partido Socialista Obrero Español is in power in Spain, and it has recently formed a coalition with the left-wing populist party Podemos. This party has expressed little interest in the territorial dispute over Gibraltar, focusing on unemployment in the surrounding area and accusing it of being a tax haven.

It remains to be seen what will happen during the transition period, in previously uncharted political territory for both Spain and Gibraltar. The last word should go to Gibraltarian MP, Marlene Hassan Nahon, who highlighted a key problem with the ideas underlying Brexit.

She expressed the fear that “the interests of a much larger British population will displace those of Gibraltarians in the UK government’s dealings in exiting the European Union.” In light of the UK government’s tendency to privilege the desires of Leave voters over those of Remain voters, she may, unfortunately, be correct.