Young People and Radicalisation in Europe: not just victims, but changemakers

Young People and Radicalisation in Europe 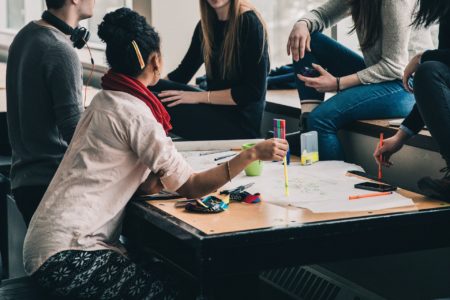 The youth of Europe are not just passive victims of radicalisation; they also hold the solution to preventing it

In early 2015, CCTV footage of the three ‘Bethnal Green girls’ – Kadiza Sultana, Amira Abase, and Shamima Begum – spread around the world. Three teenagers, having been groomed online by female members of ISIS, became the symbolic faces of radicalisation leading to violent extremism. National and international leaders grew increasingly concerned about the potential for young people to fall victim to radicalisation.

The European Commission sets out a difference between radicalisation, and radicalisation leading to violent extremism. The former involves a process of accepting, pursuing and supporting far-reaching change in society against the existing order. The latter involves accepting the use of violence to achieve political, ideological, or religious goals. Wanting to change the world is common among young people, even wanting to radically reshape it. Young people can be a positive force for change.

Extremist recruiters often take advantage of their desire for change and channel it towards violence and terrorism. The United Kingdom has a referral programme – Prevent – for people at risk of being drawn into terrorism. 27% of referrals from April 2017 to March 2018 were for young people under 15, with a further 29% aged 15 to 20.

There are many complex reasons why young people may become drawn to violent extremism. Online recruitment to violent extremism is a form of online grooming, and there are some similarities between Child Sexual Exploitation (CSE) and radicalisation processes: both can involve online and offline manipulation, flattery and befriending of isolated young people who struggle with their identity and seek belonging, acceptance and status.

Concerning radicalisation, the Bethnal Green girls were straight-A students and close friends. People who are radicalised online may not show the signs of being groomed, but it may be clearer from their social media pages.

It is not just religious-based radicalisation that professionals struggle to detect. Far-right extremists have developed a strategy of targeting young people online, particularly through gaming. Online far-right messages are often spread through memes and presented as jokes to discredit accusations of hate speech or promoting extremism.

This is where young people have a unique role to play in Countering Violent Extremism (CVE). The EU’s Radicalisation Awareness Network has recognised this, establishing a working group (RAN Young) for 18-25-year-olds to exchange ideas and make recommendations to front-line professionals and policymakers. RAN Young identified four areas of CVE policy that young people could best assist with: prevention, social inclusion, the internet and education.

For these young people, representation is a key issue. Their peers who feel frustrated and excluded from the system are at risk of choosing to act outside it and should be assisted and encouraged to take part in mainstream politics. Finland was mentioned as a good example. There, young Muslims have a seat at the table on the National Action Plan for the Prevention of Violent Radicalisation and Extremism, participating on equal terms with policymakers and other stakeholders. Inclusion of young people is at the core of their recommendations. In technology and internet-related policy, they highlighted the importance of including young people from development to testing. They know how technology works, as well as the languages young people use online, and can use that to innovate and to counter extremist propaganda. An example of this is ‘Dare to be Grey’, a Dutch youth initiative that promotes personal stories to challenge black-and-white thinking.

In line with that role, they support improving prevention over increasing security capacity. Critical thinking education and dialogue are crucial. The UK’s Prevent duty has been controversial in civil liberties terms but comes recommended by RAN Young participants in the UK. It allows professionals from various fields, such as education and youth work, who are familiar with young people at risk to recommend them for targeted intervention.

Technological innovation has led to advancements in CVE work. Just as young people can both be radicalised and prevent radicalisation, games have been used to radicalise young people but also to help them protect themselves. Maryam and Joe: Behind Closed Doors, an interactive social-media style simulation, allows young people to examine fictional social media posts from two young people at risk of Islamist and far-right radicalisation. It also allows them to build their critical thinking and media analysis skills. In line with the idea that young people are well-placed to detect and stop radicalisation, both characters have one friend who is a ‘voice of reason’ and questions their more worrying actions.

Peer education – where young people teach other young people – is commonly used in other areas of personal and social education. As RAN Youth suggests, lessons can be learned from those projects and applied to the CVE field, and successful projects from developing countries could be applied in Europe.

Young people are not just passively at risk of radicalisation. They are active agents with worries and views, and they sit on the frontlines of radicalisation – where they can see it in their friends and stop it. With the right critical thinking education, and with full respect and inclusion, they can and should be key actors at the table with policymakers and practitioners across Europe.