A Beautiful Summer? : the European-Mediterranean relationship 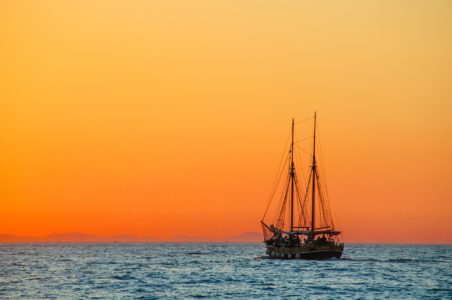 The Euro-Mediterranean is often the neglected region of EU Neighbourhood policy. Its potential should not be overlooked.

In the European Union’s neighbourhood, most policymakers’ attention of late has been on the Eastern Partnership – not without good reason. However, what do we think of when we hear the phrase ‘Southern Mediterranean’? To many people, that likely calls to mind a migration route. It is so much more than that. At a recent Centre for European Policy Studies event, former Secretary General of the Union for the Mediterranean, Fathallah Sijilmassi, discussed his (French-language) book L’Avenir de l’Europe est au Sud (The Future of Europe is in the South).

The Union for the Mediterranean (UfM), as explained in the book, began in 1995 with the Barcelona Process which was designed to facilitate relations between Europe and the Southern Mediterranean. The UfM was founded in its current form in 2008. It brought together the 28 EU Member States, as well as 15 Southern Mediterranean countries: Albania, Algeria, Bosnia and Herzegovina, Egypt, Israel, Jordan, Lebanon, Mauritania, Montenegro, Morocco, Palestine, Syria (suspended in 2011), Tunisia and Turkey. Libya is an observer member. The astute will notice that this is one of few forums where Israel and Palestine sit around the same table.

The configuration of the Mediterranean varies. There was debate about whether to include all the EU Member States, on the grounds that it naturally matters more to Spain and France than, say, Estonia and Sweden. In the interests of a common European foreign policy, it was agreed that they should all participate. There is an informal dialogue between the ‘core’ participants, known as the ‘5+5 Dialogue’, which was the instigator of wider Euro-Mediterranean cooperation (despite being on hold for a number of years post-Lockerbie.) It involves Spain, Italy, France, Malta, Portugal, Algeria, Libya, Morocco, Mauritania and Tunisia.

Sijilmassi, in his book, sets out the challenges facing the Southern Mediterranean. The region remains one of the least-integrated in the world. He cites figures from the UfM: 90% of Euro-Mediterranean regional trade is between the EU Member States, 9% between the North and South Mediterranean, and only 1% between Southern Mediterranean countries. That in mind, he also states that (translation my own) “[t]he Mediterranean cannot continue to be presented solely as a graveyard for undocumented migrants. It is one of the most beautiful seas in the world. It is no coincidence that it is the leading tourist destination worldwide […] The challenges in the Mediterranean cannot be limited to the fight against religious radicalism and terrorism, with the conflation of issues that gives rise to suspicion and mistrust between peoples. There are 800 million people, a large majority of them young, who share a common space and a collective reality on a day to day basis.”

The solutions, according to Sijilmassi, lie with harnessing the talents and potential of young people across the region. Europe may be an aging region, with older people to make up 28.5% of the EU population by 2050, but the Southern Mediterranean is not. There, older people are less than 10% of the population in all countries bar Israel. Between 24.7% and 38.9% of the population (depending on the country) are under 15. In the EU-28, 15.6% of the population was under 15 in 2017.

One of the many examples of regional youth activism he highlights is 1Youth1Sea. This refers to a group of young people from across both sides of the Mediterranean who took the initiative to form their own media source, writing articles about what mattered to them. In their 2017 follow-up [FR] to their initial 2014 appeal [EN], they highlight a variety of projects relating to job creation. The piece also calls for reforms favouring Small and Medium Enterprises, innovation, and improving education.

These priorities are broadly shared by youth in both Europe and the Arab world, and also reinforce Sijilmassi’s call to move beyond the security dimension to a more positive strategy which also centres socio-economic issues. In Europe’s recent elections, we saw a youth surge underpinning the turnout increase. That Eurobarometer also found that the top three issues for citizens more generally were the economy, climate change, and human rights and democracy. Migration languished in 5th place. Those findings chime with a special youth Eurobarometer from 2017. When asked to name three topics they thought should be a priority for the EU, young people’s top three priorities were education and skills, protecting the environment and combatting climate change, and employment – migration coming a close fourth.

In the Arab world, young people have similar opinions. The Arab Youth Survey 2019, covering 18-24 year olds in the UAE, Oman, Bahrain, Saudi Arabia, Kuwait, Egypt, Jordan, Lebanon, Iraq, Tunisia, Libya, Algeria, Morocco, Yemen, and the Palestinian Territories, asked them about a variety of issues facing the Middle East and North Africa. The top concerns among young Arabs about the Middle East are the rising cost of living, unemployment, lack of Arab unity and slow economic growth. The threat of terrorism was the 3rd top concern in 2018 and is now the 7th. On education, the youth of North Africa and the Levant (which generally overlap with the Southern Mediterranean) are far less satisfied that their education systems prepare them for the jobs of the future than Gulf Cooperation Council youth. 80% of GCC youth are satisfied, compared with 47% of North African youth and 27% of Levant youth.

Overall, therefore, the youth on both sides of the Mediterranean have shared concerns. At a time where the EU is restructuring its external action funds, and considering a Marshall Plan for Africa, it should also reassess its external action policies. Young people on both sides of the Mediterranean have a new, positive vision for their region which transcends a narrow focus on migration, security and defence. The European Union should support them, with a more holistic approach and a genuine partnership which centres the concerns of youth, not the concerns of populists.