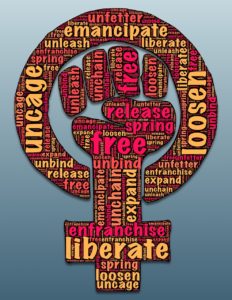 In Kosovo and Serbia, gender inequality is highly persistent in the political sphere. The 2018 Kosovo team selected to negotiate the normalisation of relations with Serbia was all-male, despite the Minister of European Integration being a woman at that time. Women are also underrepresented in Serbia’s negotiation and reconciliation processes: all three Vice Directors of the Office for Kosovo and Metohija are men, and only two of the eight directors’ assistants are women.

Last week in Brussels, the European Peacebuilding Liaison Office held a roundtable discussion on women’s activism in Kosovo and Serbia. It became clear that, although women were highly active in civil society peacebuilding and reconciliation efforts, they had been excluded from official dialogues.

The UN’s Resolution 1325, adopted some 19 years ago, was designed to end such inequalities in peacebuilding. Its aims include women’s participation in conflict prevention and resolution, considering gender issues in peacekeeping and peacebuilding missions, and ensuring women are protected in areas of armed conflict. Women’s rights activists have mobilised around Resolution 1325 to ensure that all peacebuilding actions assess what impact they will have on people of different genders: also known as gender mainstreaming. Gender mainstreaming helps secure women’s rights, but it is not only about women. Instead, it encourages states and international organisations to end gender-blindness and adjust their policies to take account of how they may affect people differently, based on their gender.

Both Kosovo and Serbia have produced National Action Plans on the Resolution. Kosovo’s already expired in 2015 and is not available in English. Lack of availability of up-to-date information is one of the key issues in analysing gender equality in peacebuilding across the Western Balkans. Serbia’s Action Plan, however, is available via the OSCE. It does have a goal to include more women in the information process and the dialogue between Belgrade and Pristina. However, Serbia does not plan to invest its own state funds in this, despite seeking to involve partners from the civil society. Independent women’s movements the world over generally struggle with funding, while Serbian political parties’ Women’s Forums lack influence and are judged by what they can do for the party rather than for women as a whole.

On the ground, the stories of local activists surrounding Resolution 1325 are particularly revealing. Exclusion is not just a national practice, but an international practice. In the early 2000s, women had to consistently battle to meet UNMIK delegation leaders. Where they succeeded in doing so, it was often as an afterthought. The leaders also attempted to pigeonhole the women into focusing on ‘women’s issues’.  Women on both sides wanted to be heard on the final status of Kosovo, and cited Resolution 1325 as giving them the right to be heard.

When they are included, women are often seen as a ticket to peace. Due to their role in raising families, they become cast as the mothers of the nation. They are seen as inherently peaceful by nature of their gender. This, of course, is not the case. Women can be as guilty of perpetrating atrocities as men. Inclusion of women is not a box to be ticked in a recipe for peace. It is a necessary condition – women forming roughly half the population of any country – but it is not a sufficient condition.

What needs to happen in Kosovo and Serbia – and in all other peacebuilding missions – is not merely increasing the presence of women. Indeed, the 30% gender quota in Kosovar local and national parliaments has not improved the situation much. It has got women into politics, but they continue to face a glass ceiling in terms of accessing real decision-making power. For true improvements in gender equality, Kosovar, Serbian and international actors have to be fundamentally committed to the principles of gender mainstreaming in all contexts.

In conflict situations, gender-blindness tends to resurge in an effort to fix an immediate crisis. Solutions are found, but they are solutions found among men. If they do not work for all the constituencies, including women and relevant minority groups, they will not be sustainable. ‘Hard’ issues such as democratisation, security, and Europeanisation cannot and should not be detached from gender. That is why women’s civil society needs to be involved in all stages of peacebuilding processes. Not because they are uniquely peaceful, but because they have unique perspectives.